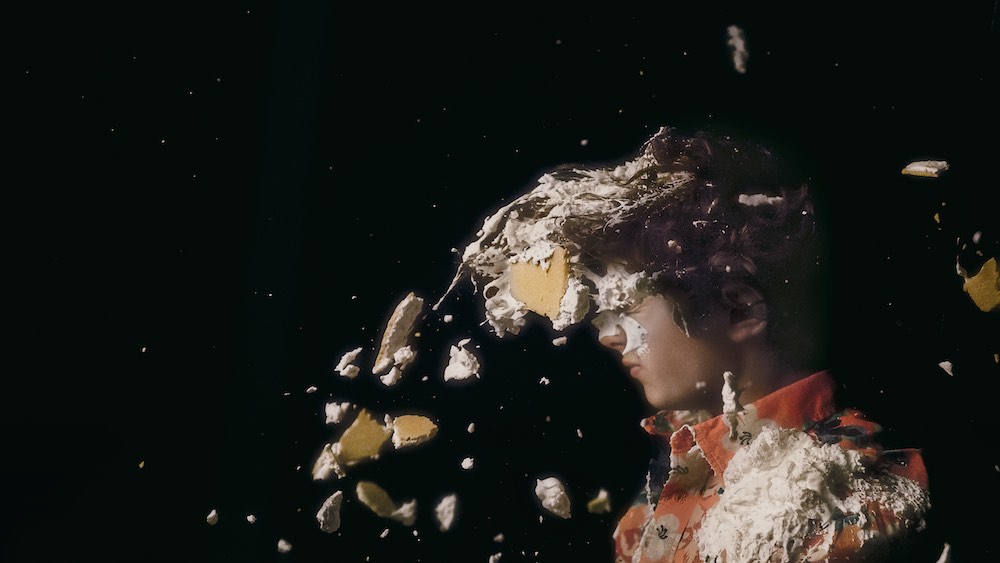 The line between self-indulgence and a work of art that truly and bravely exposes the creator for the fragile, flawed person they are sounds like it should be a fine one. Honey Boy, the quasi-autobiographical confessional/therapy session written by Shia LaBeouf, should be the former. Instead, it's a bold and open examination of who he is, what happened to him as a child actor, and the damage built into the relationship with his father.

Yet it opens with a joke – and LaBeouf knows the joke's on him. His alter ego, Otis Lort (played by Hedges, another performer growing up in public), is on the set of a Transformers-esque blockbuster, and he recites that cliched signature LaBeouf "No-no-no-no-no!" before being yanked back on a winch towards a Michael Bay-esque explosion. Cut. Reset. Do it again. No wonder this boy wonder is already hooked on booze and pills, heading for rehab yet again, where his psychiatrist (San Giacomo) insists that he start really examining his self-destructive instincts. It's not hard to see where they came from: when he was a 12-year-old kid (Jupe) with exemplary comedy timing, holding down a TV sitcom.

The show is clearly modeled on the Disney Channel's Even Stevens, which starred LaBeouf and – not to be cruel – some other folks. Anyone who saw that show knew he was something special, but what we didn't see was the glamour-free life offscreen, living in a seedy motel off a small per diem with his father, an ex-con junkie with a bad attitude and a conviction that all that talent came from him. Otis is living the life of a celebrity latchkey kid.

That's also where the meat of the film is, in these extended flashbacks with LaBeouf himself as Otis' erratic, brutish, jealous, weaselly dad, James. But don't think that's just a chance to take potshots at the man that ruined his life. Instead, LaBeouf very literally puts himself into his father's shoes, while the script gives Jupe the space and liberty to play Otis as a demanding little prick as often as he is a bullied small boy.

The sports reporter Red Smith once said that "Writing is easy. You just open a vein and bleed." If that's true, then LaBeouf tapped a major artery. But it's in the bold and compassionate decision to play his father that he does more than just spray his angst on the audience. His James Lort is a conflicted pile of shoulda, coulda, woulda, a rodeo clown with PTSD, and a lousy, loving father whose son can't help but adore him. What Honey Boy says about intergenerational trauma has to be seen to be understood, but LaBeouf puts it all out there for the world to recognize.

Is there something therapeutic for LaBeouf in this? That seems undoubted, but that doesn't make it self-indulgent. We, the audience, entered into an unspoken contract with him years ago that we were going to watch him grow up onscreen – and that contract fucked him. If Honey Boy was just the actor doing primal scream therapy at the camera for 93 minutes, we'd arguably be obligated to watch it. But that he delivers a captivating, haunting, and brutally honest exploration of a life we think we know makes it unmissable.