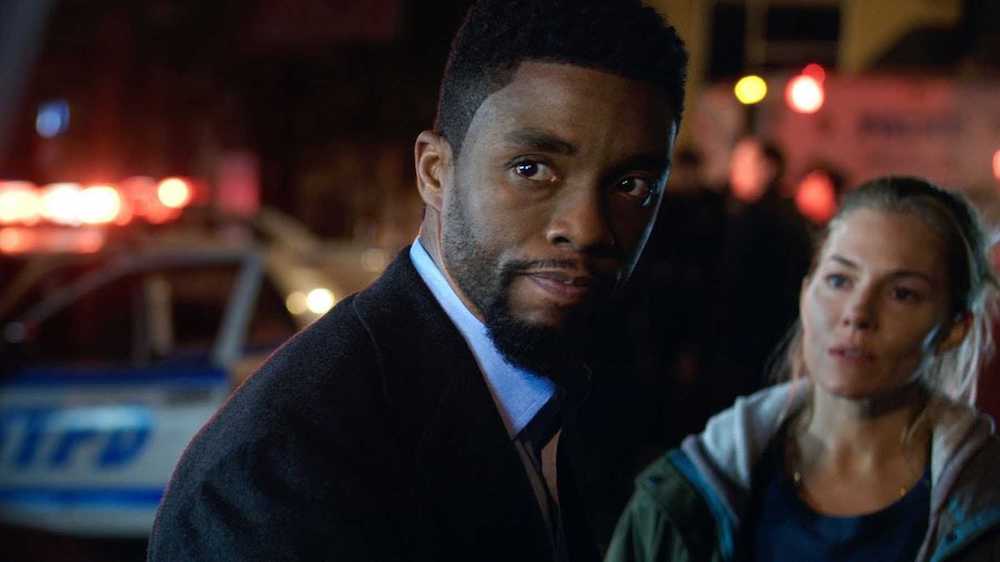 Movie marketing is all in the comparables. If I wanted to, I could tell you that 21 Bridges is an eight-figure film from a veteran Game of Thrones director and the Collateral cinematographer. If I wanted to, I could also tell you that 21 Bridges is a delayed release from a first-time feature director and the guy who shot Swordfish. Neither statement tells the entire story, but when taken together, you can probably come up with some general idea of what you’ll think of the film. If you can describe something as a B-action movie and not mean it as a derogatory phrase, then this is probably the thriller for you.

Professional triggermen Michael (James) and Ray (Kitsch) expect their latest job to be a cakewalk. All they have to do is sneak into a restaurant, steal a couple of parcels of cocaine, and sneak right back out. When a group of off-duty cops crosses their paths, however, Michael and Ray are forced to shoot their way out of Brooklyn and into the crosshairs of every police officer in New York City. This also puts them on the radar of Andre (Boseman), a second-generation cop with a reputation for shooting first and, well, asking no questions whatsoever. But as Andre hunts Michael and Ray through the corners of Manhattan, all three men begin to realize that there may be more to the night of violence than any of them expected.

If you’ve watched the trailer for 21 Bridges, you can probably predict – with an alarming degree of accuracy – how the narrative is going to unfold. The cops you anticipate will be dirty? They’re dirty. The characters you think will die? They die. Whatever smart observations this script makes about police brutality and the blue wall of silence is entirely secondary to its gunfights and chase scenes. The only way to add any intellectual clout to Kirk’s film would be to position it as part of the decades-long evolution of the New York City cop in post-9/11 cinema, and unless you happened to write about this as your graduate dissertation, odds are you’ll be underwhelmed, too.

But for a mid-tier thriller like 21 Bridges, being smart is less important than being savvy. Much like other action movies of the 1990s, the 21 Bridges writers wisely err on the side of performance over backstory. The script provides little in the way of character development for Boseman, James, and Kitsch, but this is an undeniably gifted trio of actors (James in particular), and they can provide just enough insight into their fears and desires to keep the trains running on time. Wrap those performances in a few half-decent plot points – such as Andre’s reputation with a gun and Ray’s fraternal concern for Michael – and the film offers enough depth to justify the set-pieces and narrative twists and turns.

If 21 Bridges were a paperback novel, you’d read the entire thing during a three-day beach weekend. When offered as in-flight entertainment, countless people will be entirely satisfied to spend two hours in the air watching this movie. The distribution calendar is certainly big enough to fit a few thrillers that know their lane and stick to it religiously. And hey, it’s not a coincidence that cinematographer Paul Cameron also shot the man-title trio of Man on Fire, Man on a Ledge, and Dead Man Down. If nothing else, you have to know that the New York City in this movie looks like a million (or an estimated $33 million) bucks. 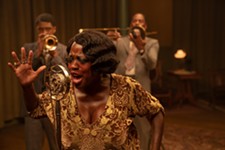