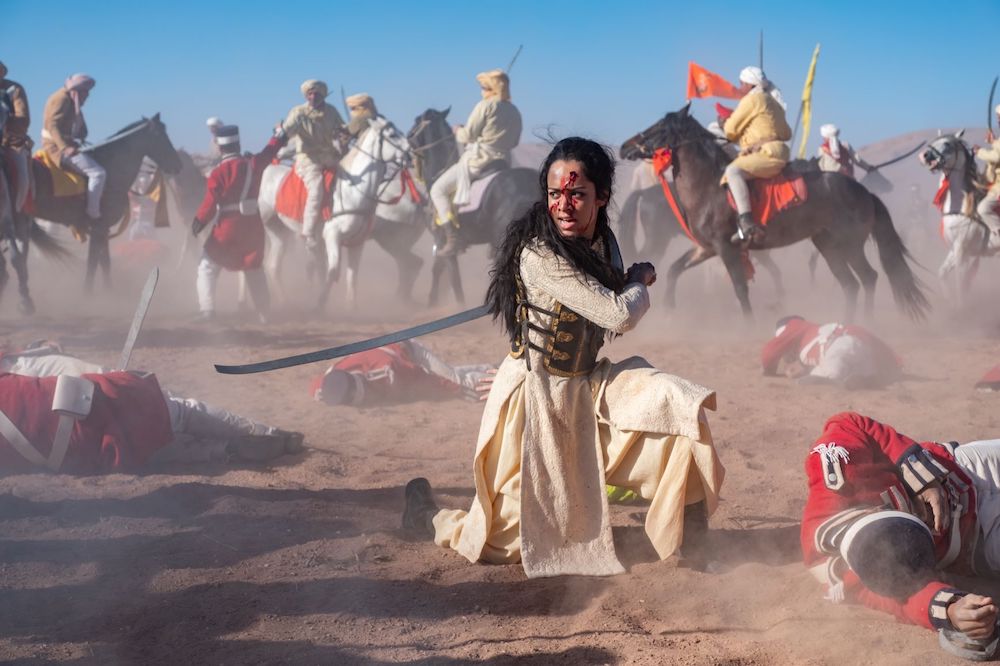 The Warrior Queen of Jhansi

Biopics of major historical figures are tough. Biopics of such figures who carry great cultural import, the ones who have become almost mythological symbols, are even harder. Such is the case with The Warrior Queen of Jhansi, a heavily fictionalized retelling of the life, death, and mythic status of Lakshmibai (Bhise), the Rani of Jhansi, whose self-sacrifice in the Indian Rebellion of 1857 made her a national icon whose allure survives to this day.

What's that old conservative saying about running government more like business? If any era (bar America circa 2019) proves that to be dangerous bunkum, it was when the British crown handed governance of the Indian subcontinent over to the East India Company. Their usurious business practices and murderous tactics ravaged the country, leading to inevitable insurrection. Dragged unwillingly into combat, Lakshmibai mobilizes her people at great cost, but achieves a pivotal change – the removal of the East India Company, and the introduction of indirect rule by the British throne over a Raj comprised of hundreds of semiautonomous principalities.

Galloping into the ranks of mid-tier historical epics, The Warrior Queen of Jhansi is a family project, with choreographer and producer Swati Bhise making her directorial debut while co-writing the script with her daughter/lead actor. What's disappointing, especially considering Swati's background in dance, is how static the film feels, and how lumpen the story becomes. It never seems to find a point of balance between explaining the story of a truly iconic figure in Indian history, the interpersonal emotions, and the political intrigue. It's possibly because the script tries to fit too much in, flitting between Jhansi, the British forces, and the court of Queen Victoria (May) as she argues policy with Prime Minister Lord Palmerston (Jacobi). The dialogue, even in supposedly emotional moments, is perfunctory exposition, and Bhise's Rani is a series of paint-by-numbers motivations that never add up to a character. She's supposed to be a figure of contradictions and convention-busting – a woman in a man's world, a warrior when women are supposed to be at home, an anti-imperialistic queen – but there's never a feeling that she's overcoming much, as everyone around her is so quickly in awe of her.

Of course, the history is going to be ridden over a little roughshod in this kind of slightly hagiographic tale, but Warrior Queen injects melodramatic cheese into the stodgy facts. There's a chaste, unconsummated, and completely ahistorical love between the Rani and the British envoy, Major Ellis (Lamb), while in London, Victoria's interests are shaped by the sage advice of her loyal courtier Saleem Khan (Malik) – a fictional character based on the real figure Mohammed Abdul Karim, who wasn't even born until five years after Lakshmibai's death. Their friendship (as depicted with more delicacy and aplomb in 2017's Victoria & Abdul) undoubtedly had an influence on her positions toward the empire in India, but had nothing to do with the establishment of the Raj. Its inclusion here undercuts that the film has something really fascinating to say about the complicated history of the British in India, of how many Indians saw differences between the Company and the Raj while many did not. It's almost an uncomfortable argument about which kind of colonial imperialism is preferable, told from the viewpoint of the occupied nation: Yet Warrior Queen only raises these issues without really tackling them. It's a fascinating story that deserves a less superficial and more accurate treatment. 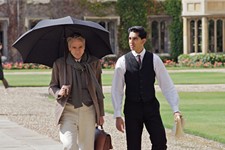