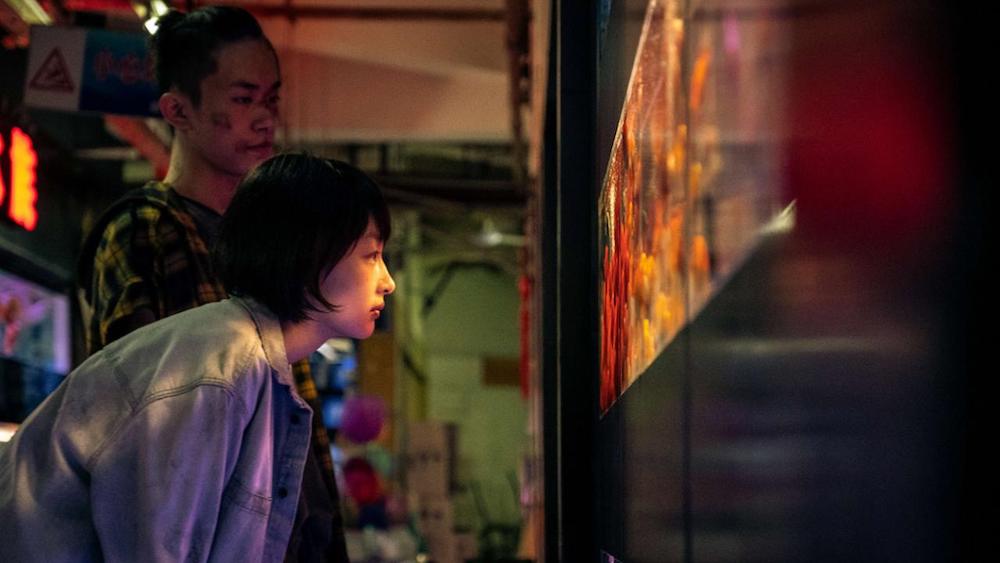 If films about how hellish high schools are were banned tomorrow, it feels like half of Hollywood would be out of business. Yet in part that's because there's something formulaic and optimistic baked into the traditional narrative: You graduate, and everything gets better. Not so in Better Days, which combines a teen romance with a damning indictment of China's gaokao, the national two-day college entrance exams.

It's not the exams themselves, but the pressure they put on school kids. That's made quietly explicit in the opening moments, as a student throws herself to her death off a school balcony. Everyone is shocked, or at least morbidly fascinated, except for one of her classmates – isolated and quiet Nian (Zhou), who seems to know more about why a kid who has her whole life ahead of her committed suicide. When she's pulled in by the police as part of regular questioning, the same bullies who brutalized the dead girl turn their attention to her. Scarred and scared, she finds an unlikely kindred spirit in Bei (Yee), a street punk with a hair trigger and an over-developed sense of justice.

The fourth feature by director Kwok Cheung Tsang (better known under his stage name of Derek Tsang) has had a rocky journey to screens. A clear prestige picture for contemporary Chinese cinema, yet still extremely accessible for mainstream audiences, it almost disappeared without trace after being pulled from its world premiere at the Berlin Film Festival. While there's been no seeming confirmation, it's hard not to see the censorious hand of Beijing in the delay, nor is it surprising, since this high school drama is really an attack on a major institution. The gaokao defines the future of not simply millions of kids every year, but also the economic wellbeing of their families – and Chinese cinema does not always have a lot of leeway in criticizing institutions.

Tsang dances around this challenge with three interesting steps. First, he keeps a reasonable degree of respect for the cops who are trying to help Nian, including a conversation about responsibility between the grizzled old officer and his principled partner, Detective Zheng (Fang). Second, he puts enough individual blame on the bullies that the system becomes more a symptom than the protagonist (while undoubtedly still keeping the subtextual indictment of the gaokao in tact). But mostly it's from the star-crossed lovers storyline between quiet soul Nian and the tarnished gold heart of Bei, which remains chaste and earnest enough to feel authentically romantic – all be it in a slightly soapy way.

But Tsang's wiliest trick may be in his indictment of the role of modern technology in Chinese culture – both in cyberbullying and in the state's use of surveillance equipment. Detective Zheng's stoic dedication to the truth counterbalances that cold data, especially when Nian and Bei's relationship takes a surprisingly bleak turn in the second half, but Tsnag still slips in enough of a reminder that the system doesn't work that his superficially simple story retains its subversive power. Moreover, dark as Better Days gets – and it is often an uneasy watch because of its delicately-handled themes – there's still a hopeful story about how honesty and courage and fix even the most broken systems.