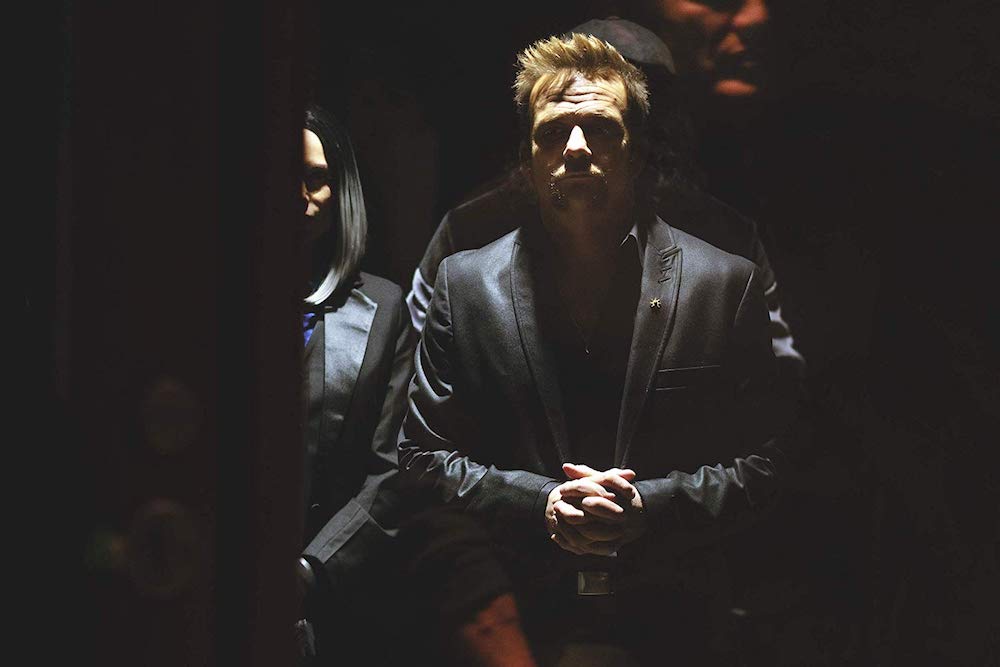 It seems like every Eighties action star has a renaissance. Stallone keeps getting the green light for worthwhile Rocky sequels and spin-offs, plus increasingly inessential Rambo cash grabs. Arnie will seemingly always be back in Terminator soft reboots. Yet, bar a brief boost from his performance as Konstantin Kovar in Arrow, nothing can save Dolph Lundgren from C-grade hell, digital squibs, and schlocky crime flicks like Acceleration.

Here he sleepwalks through the role of Russian crime boss Vladik, who finds himself betrayed by his chief enforcer, Rhona (Burn). Of course, being a merciless gangster, he gets the upper hand by kidnapping her son and giving her 24 hours to clear her debt by settling every one of his outstanding scores. Cue a trans-Los-Angeles, neon-soaked odyssey as she drops by a coterie of cliched scumbags, like high-tech smooth criminal Santos (Trejo) and his steampunk sidekick, while trying to get her own revenge on the man she betrayed.

Twenty years ago, this would have been an overly chatty Pulp Fiction wannabe, but now everyone wants to be John Wick. Problem No. 1: straight-to-VOD experts Michael Merino and Daniel Zirilli have little to no idea how to shoot a firefight. Sure, there are a couple of decently choreographed hand-to-hand sequences (when you have former UFC champs Chuck Liddell and Quinton "Rampage" Jackson in your cast, plus Chilean martial arts superstar Marko Zaror as your stunt choreographer, there's no excuse for the fights not being at least technically proficient), but swirling camerawork and clunky sound effects turn half the action into incoherent messes – and when there's a gun involved, it never looks like any cast members are in the same state, never mind same location.

It's hard to blame the cast – most especially Burn, who does exactly what is asked of her but could seemingly do so much more. The only person who exceeds the film's limits is Sean Patrick Flanery as Kane, the boss above Vladik who really wants his money. He's so overblown, and clearly relishing the pie-and-milk-obsessed gangster so much, that there's a modicum of pleasure in knowing that at least someone is having fun here.