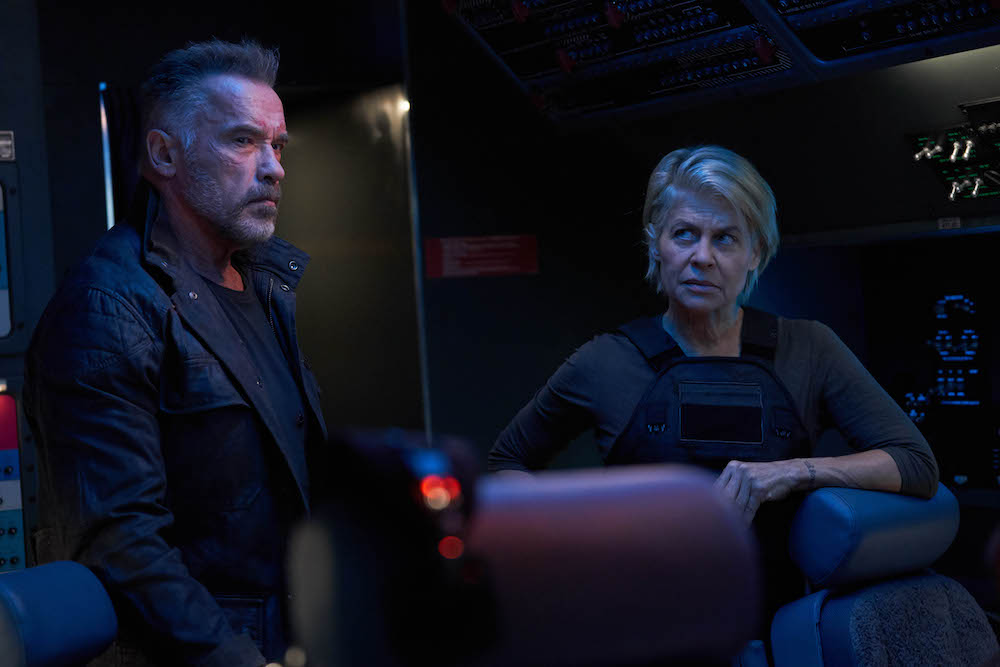 "There is no fate but what we make for ourselves" has been the refrain of the Terminator films since a deleted scene in the 1984 original, and now here comes the latest attempt to write a better outcome for the series about assassin robots sent back to curtail a future human insurrection before it can begin.

The franchise doesn't have a terrible history. It has two stone-cold classics of their times – the lo-fi original, and the defining 1990s action/sci-fi hybrid, Terminator 2: Judgment Day. Then there's the surprisingly bleak Terminator 3: Rise of the Machines, the immemorable Terminator Salvation, and the heavy reboot of Terminator Genisys (can you even remember which of those was which?). Having wrested control of his franchise back, James Cameron ... well, does what he did with another deeply personal project, Alita: Battle Angel: hands it over to a director he trusts while he works on his Avatar sequels.

Pulling a Halloween 2019, Dark Fate erases the last three films, loops back around to the original duo, and then knocks all the pieces off the board in an opening sequence that could alienate long-term fans. It sets the stage for a new savior-in-waiting in Dani Ramos (Reyes), the target of a new breed of Terminator, the Rev-9 (Luna). It seems that the old apocalypse of Judgment Day never came to pass, but the universe (much like screenwriters Justin Rhodes, Billy Ray, and the bafflingly ubiquitous David S. Goyer) loves a remix: so out goes Skynet, in comes an AI called Legion with a robo-apocalypse of their own. Now, with no John Connor there's no Kyle Reese, so it's Davis as Grace – a human augmented with purloined Terminator tech – sent back to defend Dani.

Unfortunately, their do-over feels so very familiar. It's only with the return of Hamilton and Schwarzenegger as Sarah Connor and the (or rather, an) original Terminator, adrift in a new time stream, that the story finds real spark. Connor was always Hamilton's defining role, and the new direction for her character is a fitting resolution for the unwilling warrior. As for Arnie, this latest version of the T-800 is a fascinating addition to his recent run of roles that are as much a commentary on his earlier, iconic roles as they are standalone performances. Much as in lyrical zombie horror Maggie and survivor guilt drama Aftermath, he's an action hero trying to find a purpose after the violence. There's a fascinating inversion of where these characters end up that should have powered the film, because it's proof that Cameron captured lightning in a bottle when he cast them 35 years ago.

Yet that's not what the film is about, and that's a waste – not least because it's the tip of a script iceberg of half-thoughts and undeveloped concepts. There's an underlying subtext that the future, even at its most hopeless, is female and Latinx, but even with Reyes, Davis, and Hamilton as a supposedly ass-kicking trio, the theme goes nowhere. Dani and Grace are both sketches of characters, and neither actor fills in enough shading to make them central in their own film. Worst of all, Miller's action sequences – which should be the last, best-selling point for the franchise, when all else fails – feel flat and studio-bound. There's a lengthy fight in a plane's cargo bay as the flight goes into freefall, and when a CGI ape did it better in Rampage, that's a disappointment.

Terminator: Dark Fate is personified in the Rev-9. The new terminator is a nanite skin over a combat endoskeleton. It should be two for the price of one: Instead, it's the chassis of the original draped with the flesh of Robert Patrick's Judgment Day liquid metal shapeshifter. It's everything you loved before, just awkwardly kludged together. 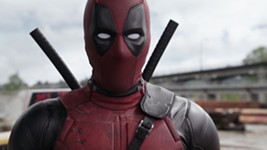