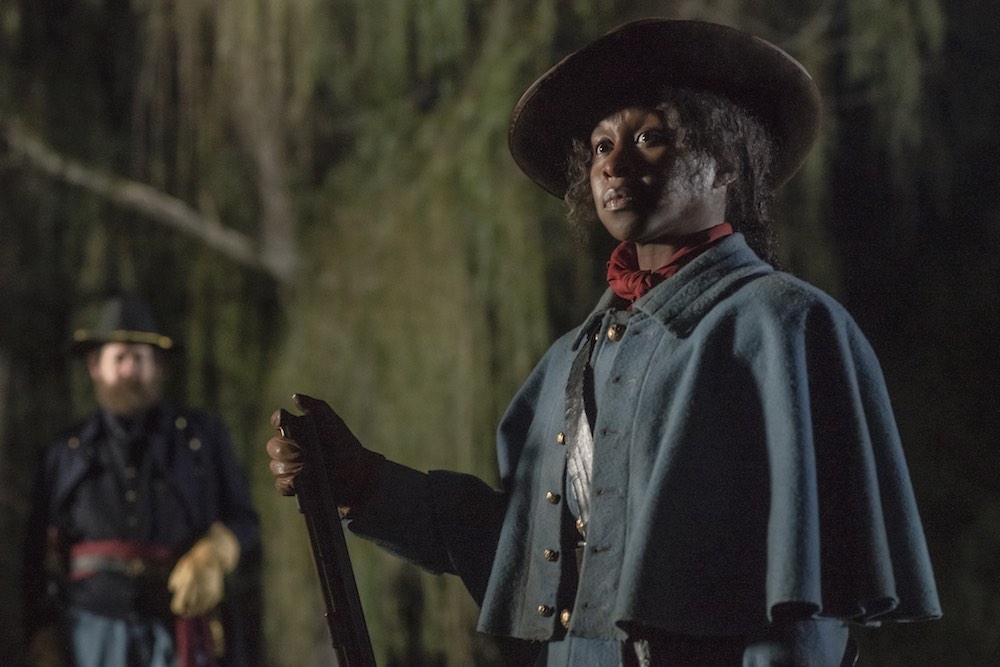 Harriet Tubman as superhero? In this long-awaited biopic about the most famous conductor on the Underground Railroad, the eponymous historical figure travels hundreds of miles by foot to deliver dozens of slaves to freedom, exhibiting the kind of physical strength and unflinching courage usually attributable only to men. In a movie understandably short on humor, the running joke here is the repeated sight of Tubman (Erivo) bursting through the doors of a Philadelphia safe house run by black abolitionist William Still (Odom Jr.), followed by group after group of runaways she has miraculously led to the promised land.

The woman is unstoppable. This Harriet jumps off bridges to elude captors, brandishes pistols to threaten assailants, wades through deep waters to lead fugitives, and defies patriarchal authority to refuse to abandon those still shackled by the “monster of slavery,” and all the while Terence Blanchard’s unrelenting score plays in the background. And her superpower? The ability to divine the future through dreamlike premonitions that come to her in spells, forewarnings that Tubman believes are sent by God to guide her work and show her the way. It may not be a physical trait on par with Captain America’s agility or Doctor Strange’s levitating prowess, but then again, Harriet doesn’t require special effects to convey its champion’s near-mythic potency in confronting the evil of her day.

Like a classroom history lesson, the script by director Lemmons and Gregory Allen Howard dutifully recounts the life of this extraordinary person. The movie feels prosaic, although Tubman’s occasional intonation of a timeless spiritual in lieu of dialogue is an unexpected lyrical touch enhanced by the purity of Erivo’s voice. The movie takes certain liberties to shape the narrative, the most obvious example being the fictionalized character of Gideon Brodess (Alwyn), the blond-haired and blue-eyed slaveowner’s son who Tubman cared for during an extended illness when both were children. Weirdly enough, the dynamic between the two forms the central relationship in Harriet. Although Gideon’s obsession with Harriet is nothing like the twisted psychosexual attachment Michael Fassbender’s Edwin feels for Lupita Nyong’o’s Patsey in the harrowing 12 Years a Slave, he cannot accept the possibility that her devotion to him during their youth was anything but genuine. When the two characters inevitably face off near the end of the film, she rages and he snivels in an anticlimactic finish that begs the question of why the film fabricated a specific nemesis for Tubman. By this point, Erivo – who builds her performance until it’s an unbridled force of nature – seems capable of dispensing thunderbolts to singlehandedly vanquish the abominable institution of slavery. This Harriet Tubman has become a fierce social warrior, a wonder woman who deserves her own action figure. 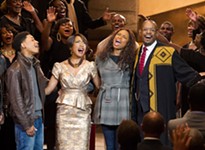 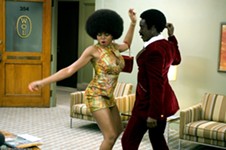 Talk to Me
Cheadle leads a great cast through a musical glance at D.C. in the Sixties and Seventies.