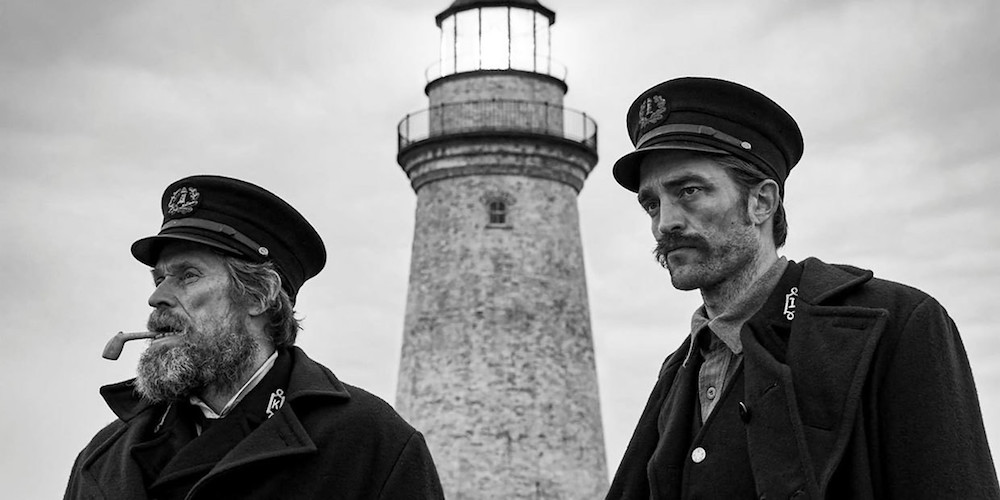 If the events of The Lighthouse are to be believed, maintaining the lenses and mechanics of a 19th-century lighthouse is lonely, grueling work – then again, that’s probably why it pays so well. When Ephraim (Pattinson) learns that he can make upwards of $1,000 by working at a lighthouse somewhere in the North Atlantic, he promptly packs up his previous life and heads to sea. There he meets Thomas (Dafoe) – his trainer and superior officer – and sets about adjusting to the life of wickies. Four weeks later, when the planned arrival of their replacements has come and passed without a ship in sight, the two men give themselves over to alcohol and waiting. It isn’t long before distrust sets in and both men begin to suspect that the other might have something to hide.

It may seem lazy to compare The Lighthouse to Stanley Kubrick’s The Shining, but consider: There is a scene in the film where one character picks up an axe and shuffle-runs in pursuit of another. Ephraim, like Jack Torrance, is a character whose psyche has been fractured by past misdeeds and who teeters on the edge of violence due to a crushing sense of isolation; director Robert Eggers is not exactly being coy with his cinematic influences here. When looking at the one-two punch of The Lighthouse and The Witch, Eggers seems to find inspiration in how superstition and folklore blurred the boundaries of human knowledge throughout history. His characters live in the space between mankind and mysticism, where things like witches and mermaids can (and maybe even do) gain access to our homes.

All of which makes The Lighthouse an interesting movie; it’s the performances that make it a good one. Everything starts with Robert Pattinson. He is hardly the first actor to combine leading-man looks with character-actor instincts. Look no further than Brad Pitt, whose work in Once Upon a Time ... in Hollywood and Ad Astra has inspired a newfound appreciation for his craft. What makes Pattinson special is the way he melds those two aspects of his personality. Rather than hiding their good looks, his characters are often (consciously or unconsciously) affected by their appearance. Connie in Good Time used his looks to extract money from others; Samuel in Damsel was so accustomed to doors opening for him that he could not comprehend a woman who did not want him back. Ephraim is a continuation of this trend, a diseased mind who believes he’s just a few weeks’ hard work away from stepping back into the good graces of society.

And then there’s Dafoe. At times, Dafoe’s character seems to have escaped from a silent German horror film (much like his performance as the original Nosferatu, Max Schreck, in Shadow of the Vampire). His face fills the screen, all bulging eyes and a broken line of bottom teeth, as he delivers a string of salty monologues beseeching Poseidon and the other forces of the sea to have their way with his young ward. It’s a big performance, sure, but Dafoe also casts a shadow of doubt over everything his character says and does. If Thomas is a figment of Ephraim’s imagination, then he’s a self-aware one; his influence on Ephraim’s increasingly broken mind runs just the right balance of pity and scorn to make the relationship work. Ultimately, it’s up to the audience to decide how much faith to put into Thomas and his tales.

Although some may be turned off by the film’s black-and-white aesthetic – when you’re dealing with locales as desolate as these, color would only distract – Eggers also works hard to make this film (and these characters) accessible. There’s nothing dishonest about The Lighthouse; it may belong to a rising filmmaker flexing his influence a bit, but the cast and crew are willing to push their movie almost to the point of absurdity if it tells the story they want to tell. Call it elevated horror or dark fantasy – in the end, it’s just entertaining as hell. 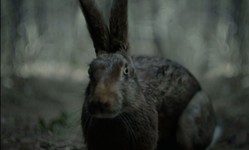 The Witch
Madness, mayhem, and witchcraft beset a family in 1630s New England