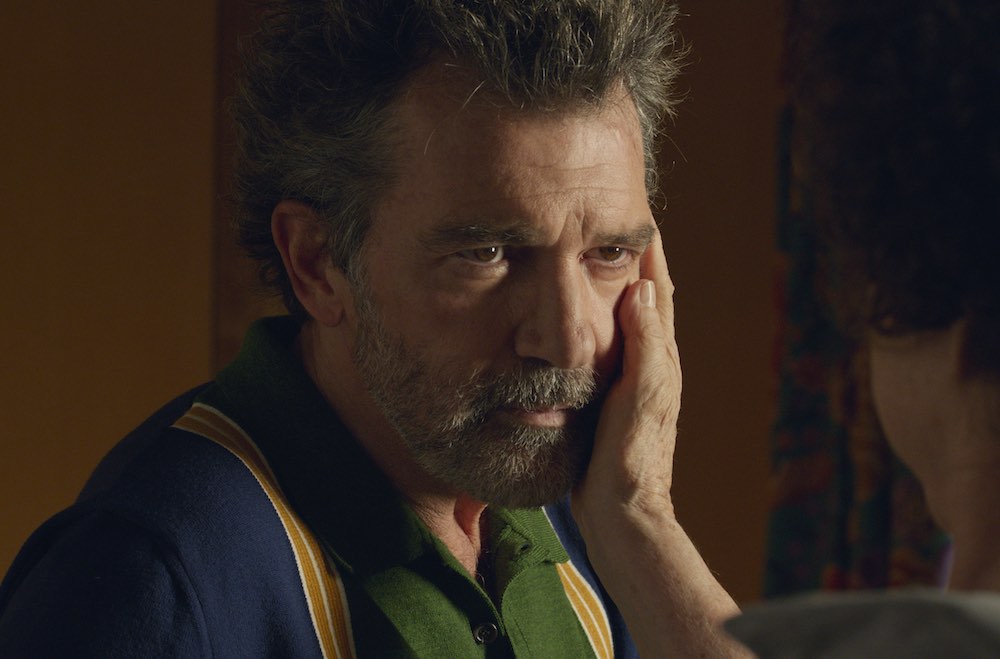 Pedro Almodóvar’s most personal film – at least the most personal film the great Spanish director has made in a long time – is a reflective look at the art and practice of filmmaking. Pain and Glory is a fictional work borne of experience and maturity, and grounded in a lifetime of observation and self-perceptions. The film is one that Almodóvar could not have made in his younger years, so essential is it that the film’s subject, a filmmaker, sees the sands in the proverbial hourglass as half-emptied rather than half-full. After watching a film of his that Salvador had not viewed in decades, having discounted it at the time of its release, the director rejects his earlier negative opinion. “No,” he’s told by the film’s star Alberto Crespo (Etxeandia). “Your eyes have changed; the film is the same.”

Personal without being autobiographical, the film features Antonio Banderas as Salvador Mallo. He is a filmmaker who believes he can no longer work due to the laundry list of aches and ailments from which he suffers. Early in the film, his litany of physical woes is presented in an amusingly illustrated sequence, complete with animation and gentle self-mockery. Banderas creates a shadow image of Almodóvar, with similar hair and physique, without becoming a replica. It’s a very controlled performance (for which he won the Best Actor award at Cannes and deserves to win many more), unlike the flashier and more cartoonish roles Banderas delivered in the seven previous films he has made with Almodóvar. Literally underwater as the film begins (in a fascinating opening shot), Salvador is at a creative impasse. Consequently, he rummages through memories of his childhood (Cruz plays his mother in these sequences), and reacquaints himself with an actor/junkie with whom he used to work and a man he once loved and nursed through his addiction.

For Salvador, his are no stardust memories, glimmering with sentimentality and over-ebullient fans. His journey through the past is more of a stark reassessment, in contrast to the 8 1/2 poster that hangs on his wall. An abundance of color is present in Pain and Glory but the shades are more muted than Almodóvar’s early color-saturated work. Thematically and visually, this film has more in common with such Almodóvar dramas as All About My Mother and Talk to Her. Pain and Glory is ultimately the story of an artist on the verge of a creative breakthrough.