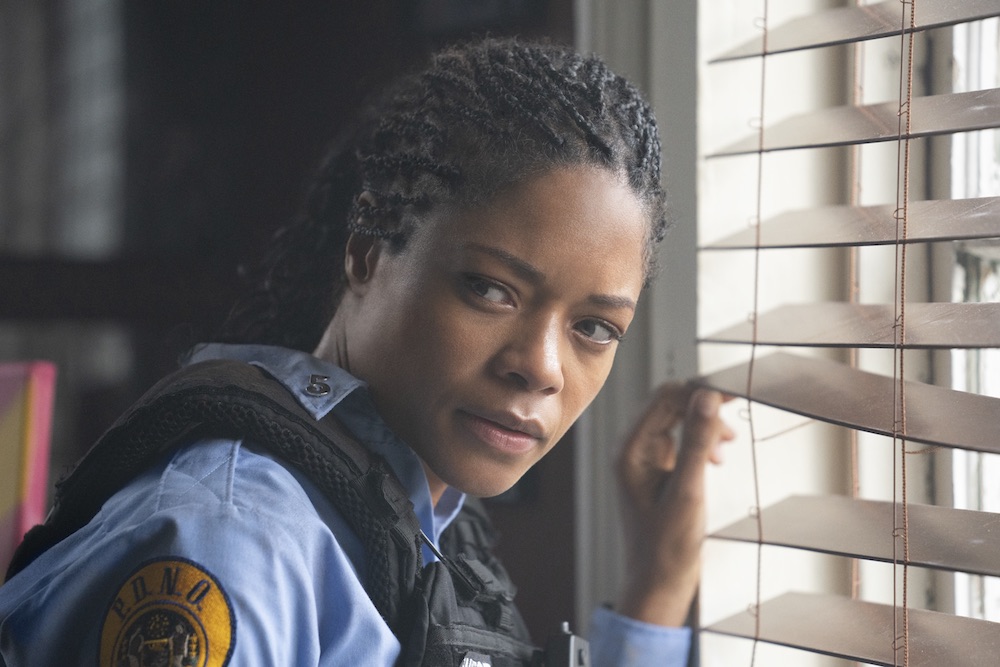 Some films just swim a little too far from shore. While it may not be technically outside the realm of possibility that a white British screenwriter and the director of this year's The Intruder could combine to make an insightful thriller about the challenges of inner-city police work, the odds were never exactly in Black and Blue’s favor. The issues at play here – race, institutional power, and economics – are probably more than one second-tier action movie could hope to unpack; the best case scenario for Deon Taylor and company was that they made something one-half smart and two-thirds exciting. Alas, even that proved to be too much of a challenge for this film. Black and Blue falls short of being an outright disaster, but it sure as hell is one giant mess.

After two tours in Afghanistan, rookie police officer Alicia West (Harris) is ready for a change. By joining the police force in her hometown of New Orleans, West hopes to get reacquainted with her old neighborhood and break down a few barriers between the cops and the community in the process. But when she accidentally records a murder by narcotics agent Terry Malone (Grillo), she finds herself caught between her fellow officers and the residents who have good reason to mistrust her uniform. If West is to survive the evening and find a way to upload the incriminating bodycam footage, she’ll need the help of childhood friend Milo Jackson (Gibson) to navigate the armed men hot on her heels.

On paper, Harris and Grillo should provide Black and Blue with the kind of safety net most cop thrillers can only dream about. Harris has spent her career playing powerful women onscreen; Grillo is one of the rare actors whose inclusion in a project automatically vouches for the quality of its action sequences. Here, though, both actors are burdened with painful story beats and very little character depth. The only actor who truly shines is Tyrese Gibson, and that's more the actor than the role. We are used to seeing Gibson as a brash icon on the screen; so watching him play a hollowed out ex-convict generates a fair amount of empathy. Yet that empathy only exists in relation to the rest of his body of work, not necessarily to this role itself.

Given how much time Black and Blue spends on West’s footrace across town, the filmmakers clearly hoped they could bury a challenging message beneath a layer of action movie fluff. Instead, the film seems constantly at odds with itself. Setting aside whether Good Cops vs. Bad Cops is truly the question of the day – Bad Cops vs. Unarmed Civilians in Their Homes feels a bit more immediate – the film reduces complex issues of institutionalized abuse into a battle between laughably corrupt stock characters. Every named officer in this film is an active participant in the precinctwide drug ring; this is The Green Berets of police thrillers, a movie that doesn’t seem to care if its ideological framework is painfully out of date.

Even the aforementioned action – the spoonful of sugar meant to help us digest the film’s mid-Nineties political message – fails to live up to expectations. Black and Blue is almost incoherently edited, dumping out chase scenes where characters round corners and enter rooms with absolutely no sense of spacing or location. That, plus a predictable number of digital squibs, prevents the film from connecting as either art or entertainment. Black and Blue's sins might be forgivable if it had taken some bigger swings with its politics or its fight choreography; but as it stands, this is little more than a direct-to-video construct with an A-list cast. 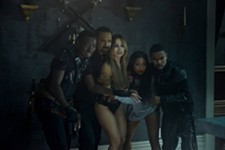