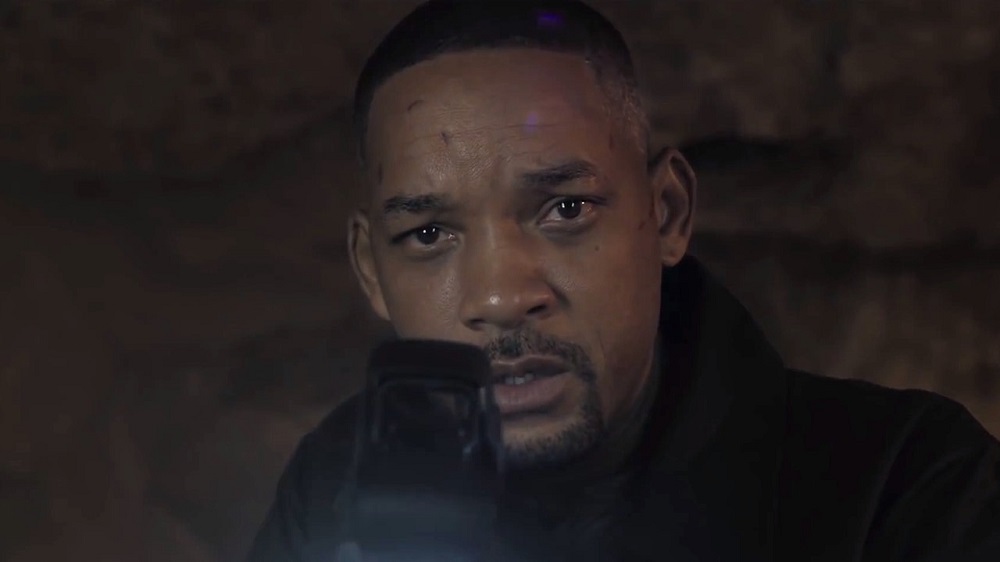 Ang Lee makes big movies. Ang Lee makes expensive movies. Ang Lee does not make simple movies. For as much as films like Life of Pi and Hulk are exercises in mainstream Hollywood filmmaking, Lee has constructed a body of work tinged with the kind of self-reflection and sadness more often found in period dramas. That may not make him one of our best blockbuster filmmakers, but it certainly adds an extra level of thoughtfulness to something like Gemini Man. If it works for you, odds are it will work a lot.

It’s not enough that government assassin Henry Brogan (Smith) can still shoot a man in a moving train from more than a mile away. He knows his body, and his body says it’s time to retire. So Henry settles into a quiet life in a coastal town, not bothered in the least that his agency has sent Danny Zakarweski (Winstead, delightful as ever) to keep tabs on him in his retirement. That is, until Smith’s former employer Clay Verris (Owen) deems him a liability and sends a young clone named Junior (also Smith) to kill him. With special operatives breathing down their necks and a renegade clone hot on their heels, Henry and Danny must work together to figure out why Henry’s suddenly public enemy No. 1.

The big draw for Gemini Man is, of course, the two Will Smiths. While digital de-aging has come a long way over the past few years, it’s still a technology distinguished by its shortcomings. Our eyes have become trained to look at the problem spots – the jawline, the lips, the cheekbones – where the actor-that-was and the actor-that-is are awkwardly sewn together. Gemini Man succeeds where others have failed only by getting Smith’s voice right. While it’s unnerving to hear, say, contemporary Michael Douglas’ voice emerging from vintage Michael Douglas’ face, Junior’s voice contains the same edge that defined Smith’s characters in early breakouts Bad Boys and Independence Day.

We might even forgive the uncanny valley effect present on Junior’s face if Gemini Man made the de-aging process essential to the narrative. It’s not. Start the film with a flashback, and you could cast any twentysomething actor as the younger version of Smith. The elements of the narrative that seem to appeal to Lee – the penance we owe the younger versions of ourselves – would work no matter which direction the filmmakers took Junior. If Rian Johnson can get us to accept Joseph Gordon-Levitt in prosthetics as a young Bruce Willis in Looper, it’s fair to say we’ll buy any two actors in the right story.

If you can push past (or at least ignore) the often-wonky digital effects, you may find Gemini Man to be a charmingly melancholic approach to an action movie. There’s a scene in the middle of the film where Henry and Junior grapple for the first time; as he slowly loses the fight to his younger and more athletic opponent, Henry pleads with Danny not to shoot Junior. There are many sequences like this throughout the film – moments where Henry puts himself in harm’s way as penance for his past actions – that work because of the quiet sadness Smith brings to the screen. Even if the nature vs. nurture argument is never satisfyingly fleshed out, we can still appreciate how the sins of the father are being visited on the son.

Gemini Man features strong chemistry between its leads and an undercurrent of regret that makes it surprisingly empathetic for an action movie. Do away with the digital de-aging, and this might’ve emerged as one of the more enjoyable action movies of 2019. Then again, for some, it probably already is. 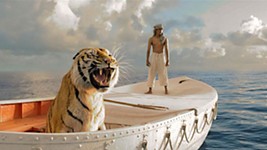 Life of Pi
This time Ang Lee's tiger is not crouching; this animal has its claws out and has only an adolescent boy for companionship – or vice versa.