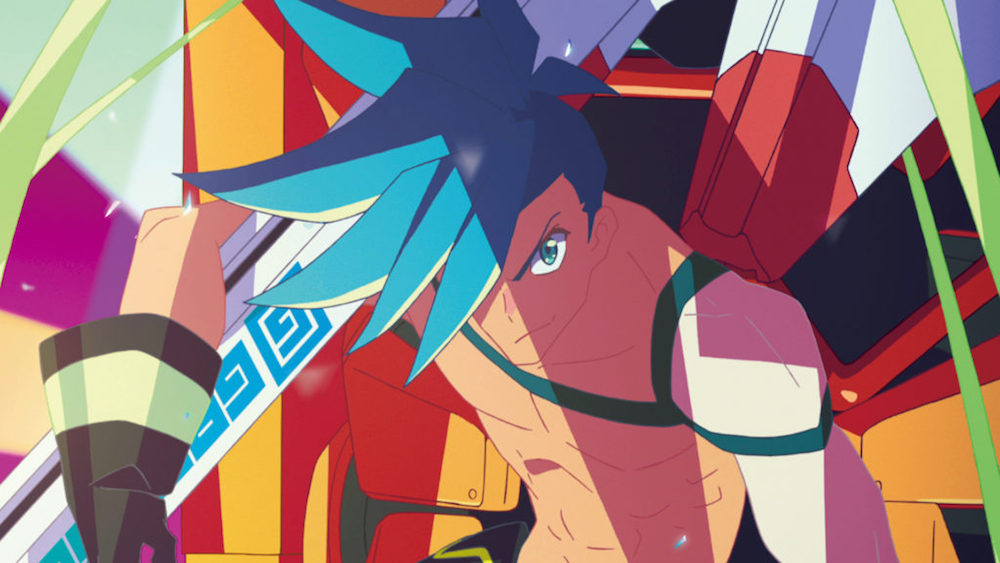 Welcome to the madcap ranks of Special Mobile Firefighting Unit Burning Rescue. There's hair-trigger tech Lucia (Mayumi Shintani in the Japanese-language original soundtrack, and Kari Wahlgren in the U.S. English language dub), pilot Aina Ardebit (Ayane Sakura and Alyson Leigh Rosenfeld), powerhouse Varys (Tetsu Inada and John Eric Bentley), and cool-as-ice Remi (Hiroyuki Yoshino and Billy Bob Thompson). But they have to contend with Galo (Kenichi Matsuyama and Billy Kametz), the super-cocky rookie who has a big mouth, a bigger ego – and the talent to back it up. "Balls to the wall" is his mantra, and he often causes far more damage than he prevents.

Yes, the world needs firefighters – and these aren't your regular hose and helmets kind. This is a future where the day-to-day stress of regular life has caused people to spontaneously combust, causing catastrophic conflagrations. Worse still, some mutants have learned to control the flame, and become terrorists under the banner of Mad Burnish. Yet when Galo and the team capture Mad Burnish leader Lio (Taichi Saotome and Johnny Yong Bosch), and have to turn him over to the less-than-tender mercies of the paramilitary Freeze Force, it's less clear than ever who's in the right.

And this is all in the first 20 minutes.

Directing the first feature for TV anime outfit Studio Trigger, anime master Hiroyuki Imaishi (Gurren Lagann, Kill la Kill) fires up with all his trademark hyperkinetic style. Promare is high octane from the jump. Forget fire extinguishers: Burning Rescue pilot giant mechs that shoot ice cubes, while Lio and the Mad Burnish crew (quickly revealed to be more freedom fighters than terrorists) shoot spiky pink bolts of flame from their hands. Imaishi's controlled chaos has never been more manic, which is saying a lot, as he pulls away from the jagged lines of Kill la Kill in favor of CG-enhanced angular settings and fast-whipping camera angles. However, that's pretty much how the script feels, too. There's a season's worth of treachery, deceptions, info dumps, and revelations crammed into Promare, which is so breathless as to often be choking. Fortunately, Imaishi knows to never leave anything unclear, and much of the narrative flow comes from dimbulb Galo having the blatantly obvious explained to him by a series of exposition-spouting villains. Which is lucky, because few scripts are so determined to flip themselves and introduce inexplicable twists (sadly, the stress-induced spontaneous combustion plot disappears quickly, because a film about exploding salarymen could be timely).

Yet for fans, this is everything Imaishi maniacs can ask for: a gonzo DayGlo adventure that will never let up and never leave you bored. Plus, if you have any kind of firefighter fetish, this is the shirtless, suspender-wearing anime for you. 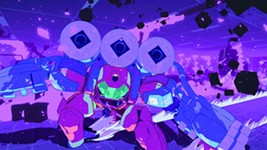