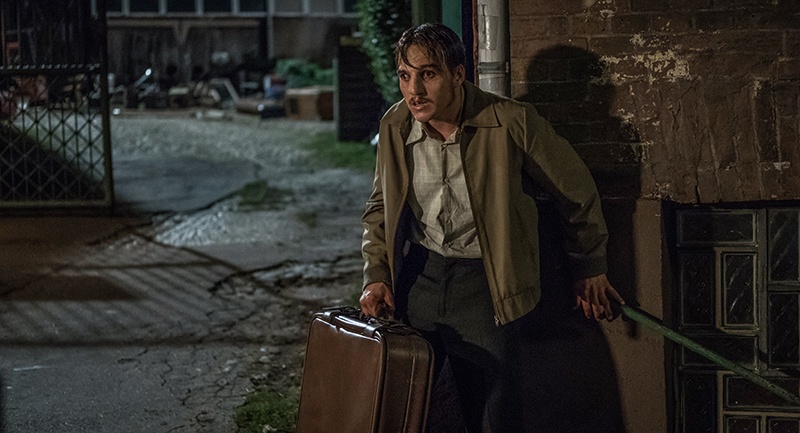 Earlier this year, American audiences squabbled over whether casting Zac Efron as Ted Bundy in Extremely Wicked, Shockingly Evil and Vile was romanticizing a serial killer. There's no such risk with The Golden Glove, an adaptation of Heinz Strunk’s award-winning 2016 novel Der Goldene Handschuh about German serial killer Fritz Honka. As played with startlingly veracity by Jonas Dassler, there's nothing romantic about him: a deformed nose, shuffling gait, slack-jawed and with a misaligned eye, he looks exactly like the man responsible for the deaths of at least four women in 1970s Hamburg.

But that's not the only aspect of the crimes that director Fatih Akin (In the Fade, Head-On) re-creates perfectly. His 1970s Hamburg is a mucky hellscape of underemployed burnouts, aging drunks, part-time sex workers, SS veterans in hiding, and the odd teenager looking for salacious thrills by hanging around the seedier bars, like the eponymous Golden Glove – Honka's chosen hangout.

Akin never tries to explain the origins of Honka. He's a shitty human that does terrible things, a drunk with a hair trigger, a desperate degenerate who hangs around with people who may be just as bad as him. He's not a predator: Instead, in a shocking and brain-scarring performance, Dassler shows him as a rabid, mangy jackal, snapping at others. His victims aren't romanticized either: They're not high-end Hollywood call girls behind glass on the Reeperbahn; they're tragic lowlifes, society's castoffs who fall in with Honka because a john's a john, or a meal's a meal, or his mercurial temper and free booze is better than a night on the streets or in an empty house. It's daring to make them so flawed, so unsympathetic, but it's a constant reminder that murders are not the fault of the victim.

Yet even without either the horrifying brutality of Jörg Buttgereit's merciless Schramm, or the stomach-churning self-awareness of Henry: Portrait of a Serial Killer, Akin's rigorous dedication to the facts makes the whole experience desperately grueling. That may well be his intention – although it's undercut by a fanciful subplot involving Honka's obsession with a schoolgirl (Schmidt). This long slog through the gutter, from the first brutal murder to Honka's grisly yet comedic arrest, is a tough stroll that it's hard to recommend. 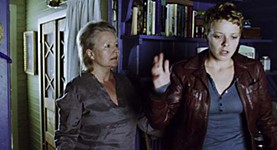 The Edge of Heaven
This Turkish film is a transgenerational, transborder microcosm of modern cultural melding.