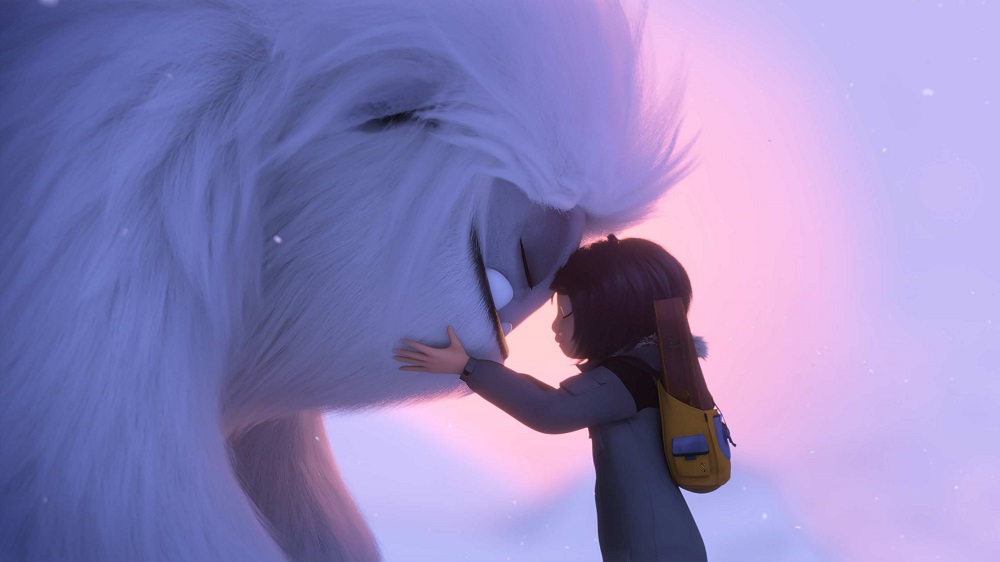 The title of this DreamWorks animated feature suggests something more monstrous than cuddly, but the snow-white baby yeti with a snaggle-toothed smile in Abominable is a huggable little critter, ready-made for merchandising as a stuffed animal movie tie-in. The cleverly named Everest belches with the force of a hurricane wind (these days, it’s not an animated kid flick unless someone’s gassy), but otherwise he’s a benign creature with unexplained magical powers that can turn a field of yellow flowers into a floral tidal wave or super-size wild blueberries to the size of a basketball. Except for a scene near the end where he goes all King Kong on the bad guys, thumping his chest and roaring loudly, this ball of fur with a face and appendages is as nonthreatening as a puppy.

In the less-than-sophisticated script by co-director Culton, a frightened Everest escapes from a research facility lodged beneath a nameless Chinese metropolis and subsequently sets out to trek 2,000 miles to return to his Himalayan family, with the help of three kids residing in the apartment building of his rooftop refuge. The trio of young enablers are familiar types: Yi (Bennet), an independent-minded teenage tomboy (the most flesh-and-blood character in the movie); Jin (Trainor), the selfie-obsessed pretty boy her same age; and Peng (Tsai), their moppet sidekick with limitless energy. (In a bit of stunt voice-casting, Trainor is the grandson of namesake Tenzing Norgay, the Sherpa mountaineer celebrated as one of two men to first reach the summit of Mount Everest in 1953.) Adversity comes in the form of two malevolent Brits, a female scientist and a wealthy old coot, who doggedly pursue the runaway snowboy for nefarious reasons. The familiar storyline – a displaced alien trying to get home with the help of young friends – invites the occasional homage to its obvious inspiration, E.T., the most prominent one being the trail of pork dumplings Yi uses to coax Everest out of hiding. Spotting those film references is the most enjoyable thing Abominable has to offer an adult.

There’s some gorgeous animation and impeccable camerawork on display here. But as George Lucas’ 2015 fiasco Strange Magic demonstrated, beautifully executed visuals will get you only so far. There’s no emotional core to Abominable, which mostly proceeds at a glacial pace as the travelers’ journey across China. (Attention spans will wane.) Ultimately, any comparison to the Spielberg classic is a superficial one. The relationship between Yi and Everest is nothing like the bond between Elliott and his extraterrestrial soulmate, largely because the mute Everest has no discernible personality with which to bond. Sure, he’s cute. But cuteness will get you only so far, too. Open Season
The animated Open Season is long on manic energy and bathroom humor but short on real storytelling, emotion, and characters. 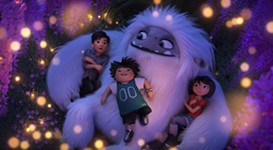