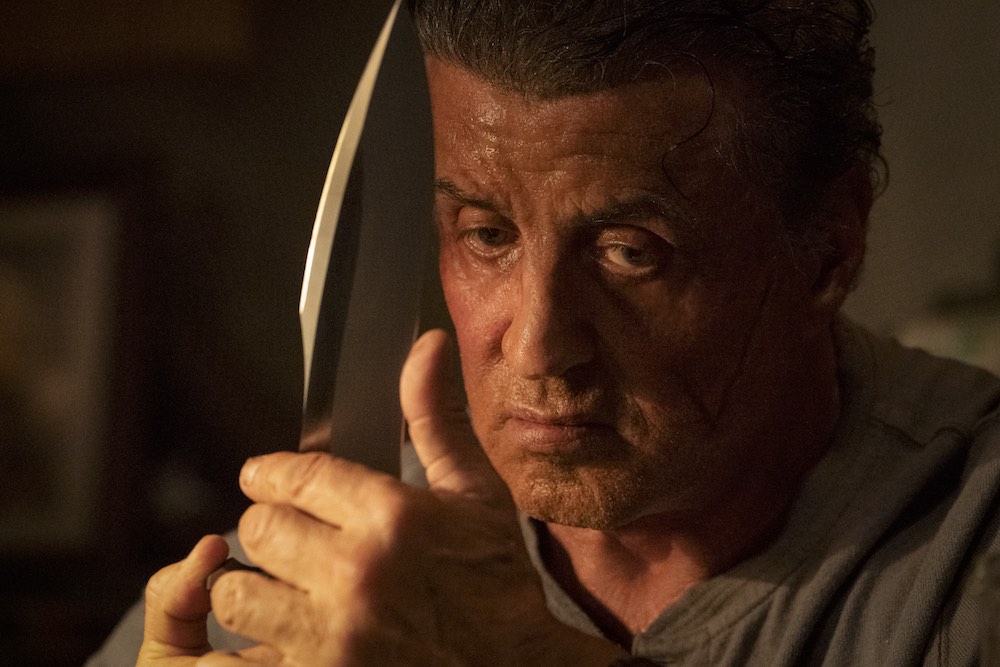 ¡Ay caramba! Bad hombres, awful screenwriting, and a way past his prime Sly make for the worst of the hunter/killer Viet vet John J. Rambo’s bloodthirsty outings yet, although if the title of this inadvertent donkey show is to be believed, the war is finally over. Or not. “The war inside never ends,” intones a marble-mouthed Stallone, and indeed that inner battlespace has been holding up the tentpoles of this perpetually jingoistic franchise since 1982’s excellent First Blood. It’s common enough knowledge that author David Morrell’s source novel (written in 1972 while the Vietnam War still raged) ended with Col. Trautman killing his PTSD-afflicted rogue soldier – should you care to see that original ending to the film, it’s easily found on YouTube – but the first commandment of Hollywood dictates that where there is profit there must be sequels.

And so over the course of nearly 40 years, audiences have borne witness to Rambo’s return to Vietnam, to Afghanistan, and to Burma, where unfortunately he was too early to stop the recent ethnic cleansing of the Rohingya. Every generation gets the Rambo they deserve, for better or worse, which does not bode well for millennials, although the alt-right will surely have a rollicking good time watching this iteration of the cunning, ruthless vet make mincemeat out of 40 or so Mexican sex-and-drug traffickers. Clearly, a wall is not what is needed, just Rambo and his trusty Bowie knife, which by now should be as blood-rusted as Stallone’s weary, doughy performance here.

In the intervening years since 2008’s eponymous Rambo, the character has settled down on his Arizona ranch, tending to not only horses but also to his niece Gabrielle (Monreal), who convolutedly winds up in Mexico searching for her absent father (de la O), despite her “Uncle John”’s xenophobic question “Mexico, why would you want to go there?” In Rambo’s world, as in the Trump administration’s, Mexico is muy malo and the salsa roja is 90% bloodshed. Rambo follows after, of course, and discovers that sibling cutthroat scumbags Victor and Hugo Martinez (Jaenada, Peris-Mencheta) have already made quick work of the kid. Decapitation ensues, and Rambo eventually leads the surviving evildoers back to his ranch, which he has previously outfitted with a Viet Cong-esque labyrinth of underground tunnels kitted out with a war-porn version of Macaulay Culkin’s Home Alone intruder traps. No dumb brute, he.

At just under an hour and a half, Last Blood still feels padded with pointless moments that do little to advance an already obvious outcome. Screenwriter Matthew Cirulnick, working alongside Stallone, wisely give John J. precious few things to do other than kill people, and even less to say other than a minor monologue on how he’s "lived in a world of death" and so forth, which is standard Rambo-speak. Still, it’s both too much and not enough, an unsatisfying blood-and-guts B-movie with all the goonish, grindhouse fun eviscerated out of it. One can only hope the title is a promise and not a tease. 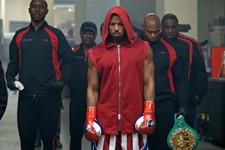 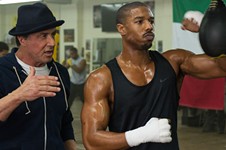