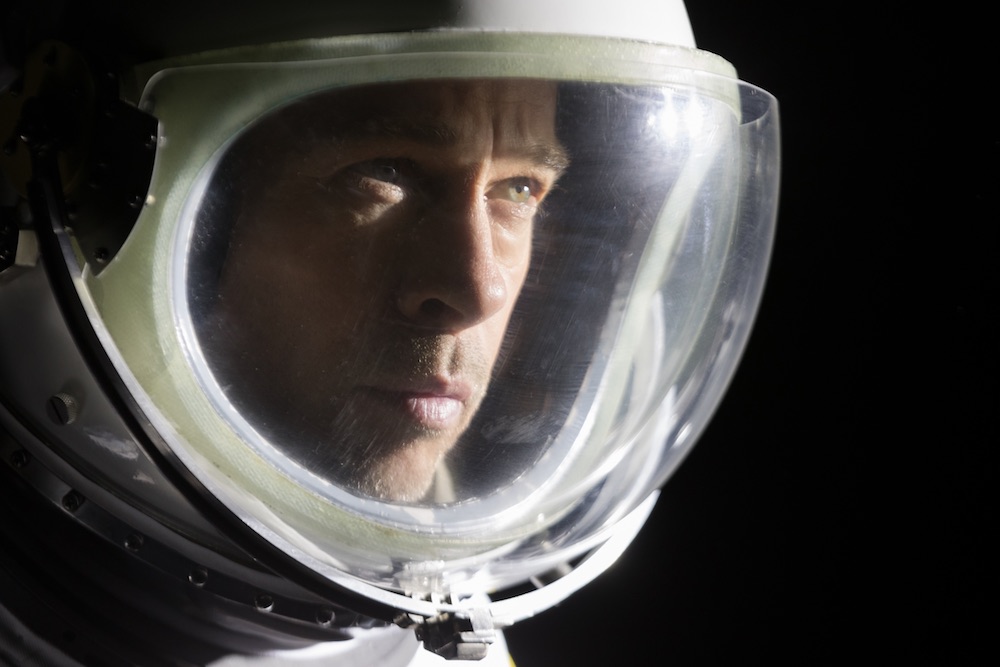 "Apocalypse Now meets 2001" is a hell of an elevator pitch. It's beyond regrettable that Ad Astra, which aspires to that level of insight and cultural import, has all the metaphysical weight of a Lincoln commercial.

Major Roy McBride (Pitt) carries a weight. He's a second-generation astronaut, the son of the legendary Clifford McBride (Jones), but the age of exploration is gone. Daddy disappeared on a mission to Pluto, an attempt to find traces of life beyond the electrostatic clutter of the inner heliosphere, and now his son is a glorified mechanic, clambering over a giant radio antenna while his relationship with his Earthbound (and silent) estranged wife Eve (Tyler) collapses. In the first of a series of spectacular set-pieces, a wave of cosmic rays that may or may not be the fault of McBride senior's scanning sweeps across the planet, causing electromagnetic devastation. Off the younger man must go, dispatched to kill his father or help him stave off disaster. After all, Willard must find his Kurtz, even if he's on the outer edges of the solar system, the Viet Cong are now moon pirates, and the French plantation becomes a way station on Mars.

Ad Astra is undoubtedly aspirational in its intent – but it's also trite. It thinks it has something profound to say about the human condition, and it proceeds to have every point clubbed over the audience's head by a whisper-mumbled narration from Pitt. It's undoubtedly a handsomely shot film (no surprise, with Interstellar and Dunkirk cinematographer Hoyte Van Hoytema behind the lens), but its conviction of its own genius is galling. It fails as a metaphysical treatise, and it can never work out whether its wants to be a drama guided by science, or a run-of-the-mill space adventure that flaunts the rules of physics. Add Donald Sutherland in the most thankless SF cameo since The Force Awakens audiences asked themselves, "Was that Max von Sydow?," a seemingly inadvertent reference to John Carpenter's cosmic comedy Dark Star, and a space madness plot ripped straight from Ren and Stimpy, and what you're left with feels like a pretentious 1970s adaptation of a faux-intellectual 1950s space pulp potboiler – just with contemporary effects.

What's frustrating is that director James Gray (The Lost City of Z, We Own the Night) has clearly done his research. Under the mush there are the bones of a real discussion about what humanity's future in space could and may be. From the rule of law to the commercialization of the void to the question of humanity's place in a functionally lifeless cosmos, Gray is grasping at issues that need tackling in popular culture before it's too late. He just has no illuminating insight.

Ad Astra's biggest error is that it leaves out the other half of the old flier's motto, per ardua ad astra – through struggle to the stars. The script by Gray and Fringe series story editor Ethan Gross is so hellbent on spoon-feeding the audience with half-baked philosophical ramblings from the younger McBride that they're never prepared to let the viewer do any of the work, to put the emotional and metaphorical pieces together themselves. It also undercuts the work done by Pitt, leading to one of his weakest performances in decades.

Of course, it's easy to compare Ad Astra to other astronautical adventures – but it's also fitting. The idea of humans in space is a powerful tool of reflection: By placing them in absolute isolation, their nature is revealed. Yet Ad Astra lacks the quiet, understated contemplation of First Man, or the heartfelt ruminations of Steven Soderbergh's unfairly overlooked version of Solaris. Instead, it's got about as much to say about family, attachment, and belonging as a Fast and Furious flick. 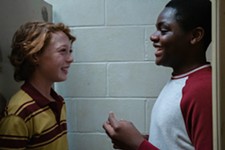 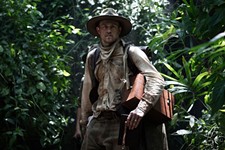