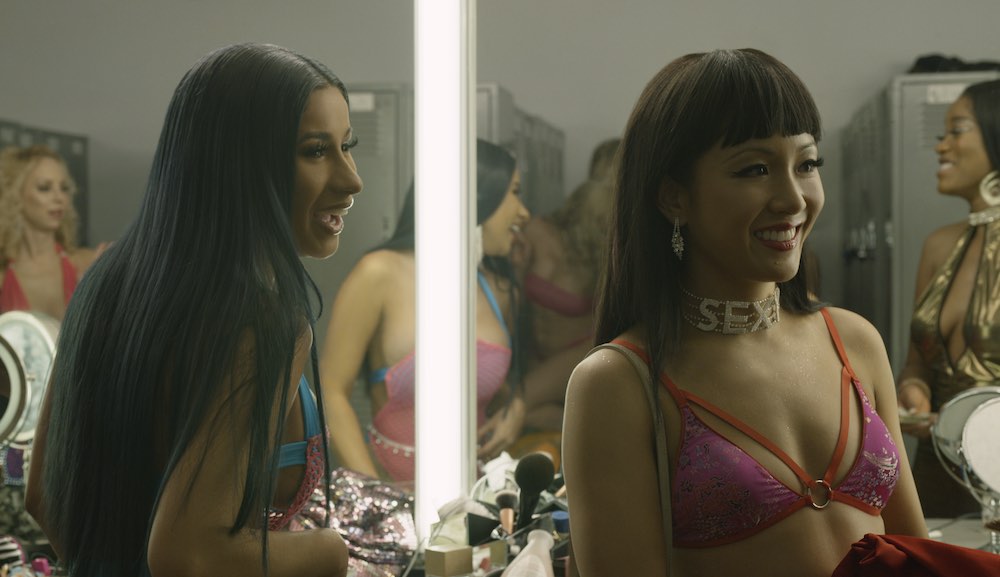 Here are two seemingly contradictory statements that are nevertheless true. Statement one: Hustlers, a true-crime drama based on Jessica Pressler's 2015 New York Magazine article "The Hustlers at Scores," offers a conventional narrative about a group of would-be criminals. They hatch a plan, build an empire, and – in a dramatic and entirely expected turn of events – watch as this empire topples under the weight of its greed. Statement two: Hustlers is an absolute joy and one of the most refreshing movies you’ll see all year.

Destiny (Wu) is barely scratching out a meager living at a Manhattan strip club. In one room, the manager pockets a little extra money for keeping her on the schedule; in another, the doorman fishes a few bills out of her pocket in exchange for a vague promise of protection. When Destiny meets Ramona (Lopez), a veteran dancer with a knack for parting a man from his money, they form an instant bond. What begins as a professional arrangement – Ramona teaches Destiny how to navigate the club’s customers and Destiny partners with Ramona on the high-rollers – soon turns into a fierce friendship, and it isn’t long before the two dancers are sitting in the lap of luxury.

Few films released this year will be able to match the onscreen chemistry of Constance Wu and Jennifer Lopez. With all apologies to Selena and Out of Sight, Hustlers instantly becomes the best performance of Lopez’s career. She’s equal parts kindly godmother and strip club apex predator, weaponizing the desire of her male clients to wring as much financial value from them as possible. In fact, for much of the film’s first half, Wu is asked to do nothing more than stare at Lopez with naked admiration. It’s a stage direction happily adopted by every single person watching Hustlers in the theater.

Without these performances, Hustlers would still be a sober examination of the 2008 recession through the eyes of those who make their living adjacent to Wall Street. In the film’s most dynamic moments, Scafaria regularly cuts between the trading floor and the club; this underscores the opulent lifestyles of the Manhattan stockbrokers, of course, but it all draws parallels between the men who made millions off the real estate market and the women who work under Ramona’s watchful eye. Each group both enjoys and excels at what they do, but it is the Wall Street moneymakers – not the strippers – who are treated as an integral part of the American dream.

When Destiny and Ramona begin drugging their clients to maximize their earnings, the film veers into standard crime territory, positioning Hustlers as a modern mafia film in stilettos. It should feel overly familiar – after all, the expected beats are all present – but the genius of Scafaria’s script is in how she refuses to give in to generic convention. In one scene, we spend an entire Christmas Day with Ramona and her friends as they open presents and enjoy the company of others; the scene only ends when Jessica (Stiles), the reporter pulling together an article on Destiny and her friends, grows tired of the sentimental nature of the story. “So, getting back to the drugging,” she interjects, cutting off the Christmas flashback midstream. The look of annoyance on Destiny’s face is also a challenge to the audience. Why do we assume these women’s lives would be defined only by conflict?

With a refreshingly dynamic soundtrack – an entire generation of cinephiles is about to become familiar with the songs of Scott Walker – and impressive costume design, it’s fair to say that almost everything about the film works as intended. The friendship between Destiny and Ramona gives Hustlers that extra gear. When you care about someone, you look after them with a fierceness that can frighten; this truth is baked into every moment that Wu and Lopez share onscreen. Your Jennifer Lopez Oscar campaign can now begin. 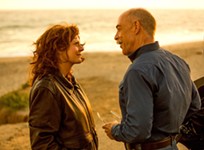 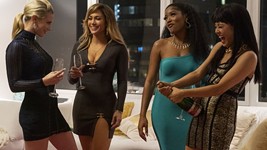