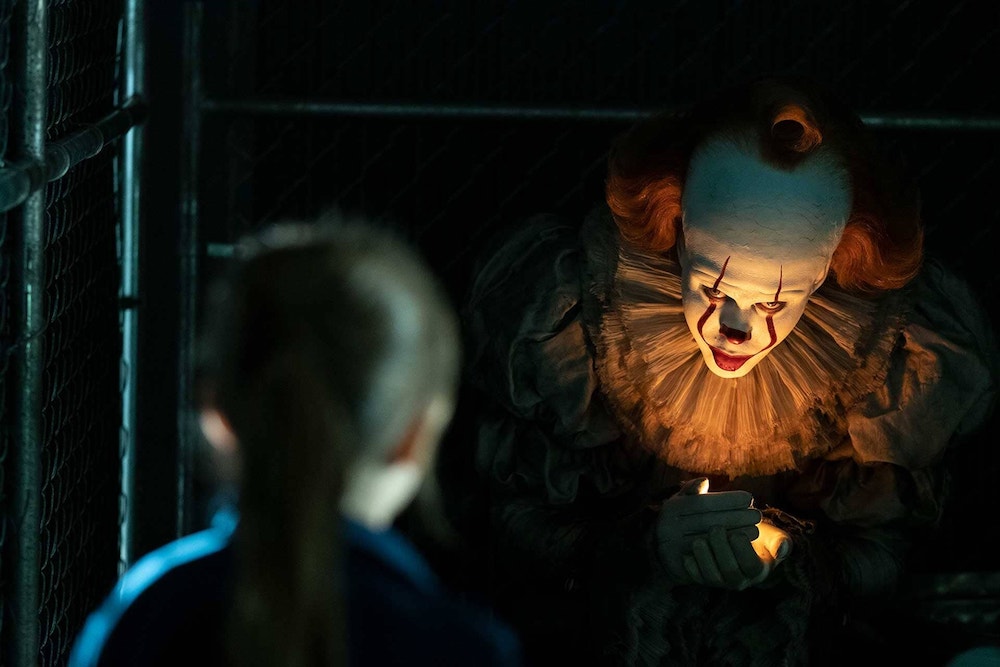 You’ve got to hand it to director Andy Muschietti. Adapting any Stephen King novel – or, for that matter, shorter material – is always a hit-or-miss gig, but It Chapter Two manages to pull out all the stops and in several areas actually tops the first film. No mean feat, that, as It was absolutely the creepshow that King fans have been slavering for for decades, chock-full of genuinely dream-snatching horror imagery bound together within a latticework of unrelenting dread and the everlasting kidhood bond of its young protagonists.

And then there was Pennywise (played again here by Skarsgård), Barnum & Bailey’s worst nightmare and then some. An apropos analogy: If It was The Evil Dead of soul-and-psyche-raping harlequin horror shows, then It Chapter Two is comparable to Raimi’s Evil Dead 2 in terms of sheer lunatic inventiveness and stupefying scenes of hallucinatory, visceral viciousness. As one of the now grownup Losers Club puts it (in a droll homage to John Carpenter’s The Thing), “You gotta be fucking kidding me.”

Set 27 years after the events of the first film, Chapter Two reunites (mostly) the no-longer-Losers Club characters as they make good on their childhood promise to return to the well and truly cursed Maine hamlet of Derry. With the lone exception of Mike Hanlon (Mustafa), who has stuck around as the town librarian for the intervening two-decades-plus in order to keep an eye out for the potential return of the soul-sucking, child-gnawing Bozo from beyond, the gang has scattered into their adult lives, their memories of that long-ago nightmare summer oddly forgotten. Smartass Richie (Hader) is now a stand-up comic, “Stuttering” Bill (McAvoy) has turned out to be a successful novelist, Bev (Chastain) is a Chicago fashion designer, the once-overweight Ben (Ryan) is now a buff architect, and asthmatic Eddie (Ransone) pilots a limo. Only Stanley (Bean) seems to still be haunted by the ghosts of Derry past.

It’s no spoiler to say that the Losers are quickly reunited in that strange little town, called from afar by Mike, who reminds them of the oath they took after vanquishing (heh, heh, hur) Pennywise back in 1989. Apart from that, I’ll say little about Chapter Two’s serpentine plotting, except to note that returning screenwriter Gary Dauberman (working without It co-scribes Cary Fukunaga and Chase Palmer this time out) infuses the proceedings with somewhat more adult terrors, as befits the storyline. That said, Chapter Two frequently switches timelines, revisiting the more youthful Losers Club in order to underscore or, occasionally, explicate the actions of their older and presumably – but not always – wiser selves.

Incoming director of photography Checco Varese’s eye makes for a notably different shade of ghastliness, too. Whereas It DP (and Park Chan-wook stalwart) Chung Chung-hoon kept the first film visually disconcerting and tonally queasy (appropriately so, given the kid’s-eye view of the brutal goings-on), Varese goes for the gut punch, making Chapter Two a more sustained cavalcade of ghoulish grue. At times, VFX house Method Studios' freaky creations appear to be informed by a seriously warped combination of Beetlejuice-era Burton-esque practical effects and just the right amount of bad-trip magic mushrooms. (I could’ve sworn I caught some stop-motion work in there, too.)

All of which would have been for naught if the cast weren’t up to it – badass horror effects only go so far, after all – but they are, completely, with Hader and Chastain being the most memorable, and often the most relatable. All are game, and fair game for the demonic Pennywise’s increasingly bat-shit crazy flimflammery. Sure, It Chapter Two runs nearly three hours long (a full half-hour longer than its predecessor), but unless you suffer from sciatica or, God help you, coulrophobia, it’s a helluva ride and a fitting capstone (headstone?) to the best cinematic Stephen King adaptation in recent memory. As Krusty might say, “Hey heeeey! Free balloons for everyone!” 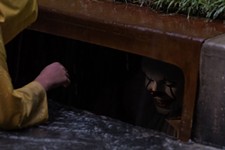 It
This Stephen King adaptation floats with the best of them 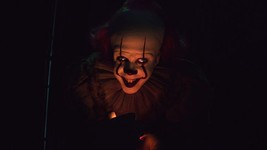