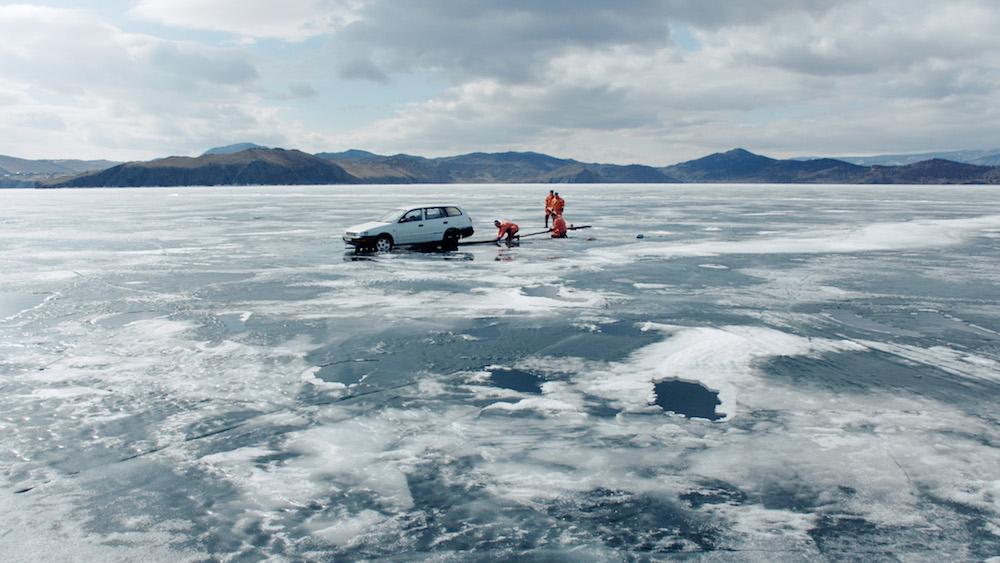 It's distressing and annoying to forecast that Aquarela likely won't be on the Oscar documentary short list. But then, we're talking about the same academy that ignored the groundbreaking Koyaanisqatsi in favor of the completely forgettable and forgotten He Makes Me Feel Like Dancin' (in fact, none of Godfrey Reggio's Qatsi trilogy even scored an Oscar nomination) and that only this year picked the stomach-churning thrills of Free Solo over the lyrical insight of Mountain. But the latest film from landmark documentarian Victor Kossakovsky is not simply in the same mold as those enigmatic, emotional masterpieces: It is arguably the equal of any of them.

Aquarela is a song of water. Shot at 96 frames per second (although in most cinemas it will be shown at the less technically demanding 48 fps), and filmed across seven nations and an entire ocean, the film is an almost wordless examination of its mutability and its unstoppable power, of its contradictions and terrors. Most of all, it is a song of scale. Water is what defines Earth and yet – like anything ubiquitous – humans have a bad habit of forgetting that fact. Kossakovsky puts us back in our place, a species at the whim of wave and storm and ice.

At every stage, Aquarela is a voyage on the edges of elemental wrath. The opening sequence – an almost Keystone Kops sequence of locals in Greenland trying to rescue submerged cars that drunkards drove onto the thick winter ice – suddenly becomes a quiet tragedy. The spring melt expands to become glaciers breaking off, floating, submerging, cracking. Shots are held for seeming lifetimes because Kossakovsky is not working around human pace. This is water at its own speed, and when you are under a massive wave as its collapses upon you, and you watch in awe as the surface of the sea becomes your new sky, he is putting you in your place.

It's the astounding score by Eicca Toppinen and his bandmates in cello-metal innovators Apocalyptica that gives the film its structure. Sudden crescendos of guitar-driven chamber music crash and whirl, the only sound imaginable to match the slow cracking of ice floes melting, or the persistent roar of waterfalls, or the drowning static of a mid-Atlantic storm, or the wild howls of a hurricane. Kossakovsky isn't interested in its passive states, like ponds or streams, but in the grandeur of water, how it can be perilous even when seemingly inert. As the U.S. weathers another drought and braces itself for a devastating hurricane season (another defining contradiction of the element, perilous in both its presence and absence), this is one song of water we need to sing together.