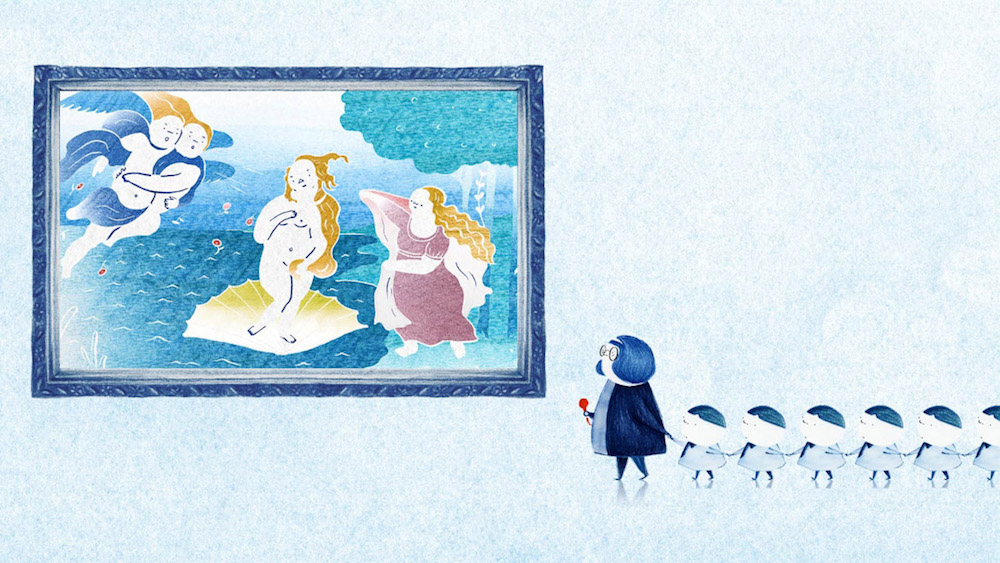 One of the most recognized film festivals in the country has curated a showcase of seven short films from their 2019 roster and is taking them on the road, and Austin is, thankfully, one of the stops. Short films often get the short shrift (no pun intended) at film festivals, as attendees often see stars in their eyes and jockey for those hot tickets. But veterans of the film trenches know that, more often than not, shorts programs can be some of the most rewarding cinema. Whether it’s a hard-hitting documentary, an astute and poignant narrative, or an ebulliently expressive animated film, there are, as they used to say, much gold in them thar hills. The programmers at Sundance have put together a wonderfully eclectic program that highlights new and talented voices in the film community.

In her second short, Stefanie Abel Horowitz’s “sometimes, i think about dying” concerns a suicidal woman who might just have a spark of hope in the world in the form of a potential office romance. It’s a sharply written and edited grenade of ennui and mental health that turns mildly sweet. “Fast Horse” is a unique look into Native American horse relay racing that is both illuminating and heart-stopping. “Suicide by Sunlight” mixes vampirism and dystopian (read: contemporary) social issues, while “Muteum” is a wondrous tonic that sees children on a field trip to an art museum wreak havoc on the history of art by magically being put in classic artworks (Judith Slaying Holofernes never looked cuter).

“Crude Oil” is a personal highlight for me in its tale of a friendship falling apart (but with superpowers). It’s a kinetically inventive film that should put Christopher Good on the map as someone to watch (but who keeps those maps of cultural currency? And are they trustworthy?). Which brings us to the last short, “Brotherhood,” which is being expanded into a feature. The story of a Tunisian shepherd’s son returning home with a wife of a different culture and the familial and racial tensions that arise is both poetic and trenchant.

Look, although I can only spill so many words about these films due to column space, I could go on about them. But the great part about that is these films will provoke so many wonderful post-screening conversations that will transcend all of my filmic prattle. And that, folks, is what cinema is about: community.