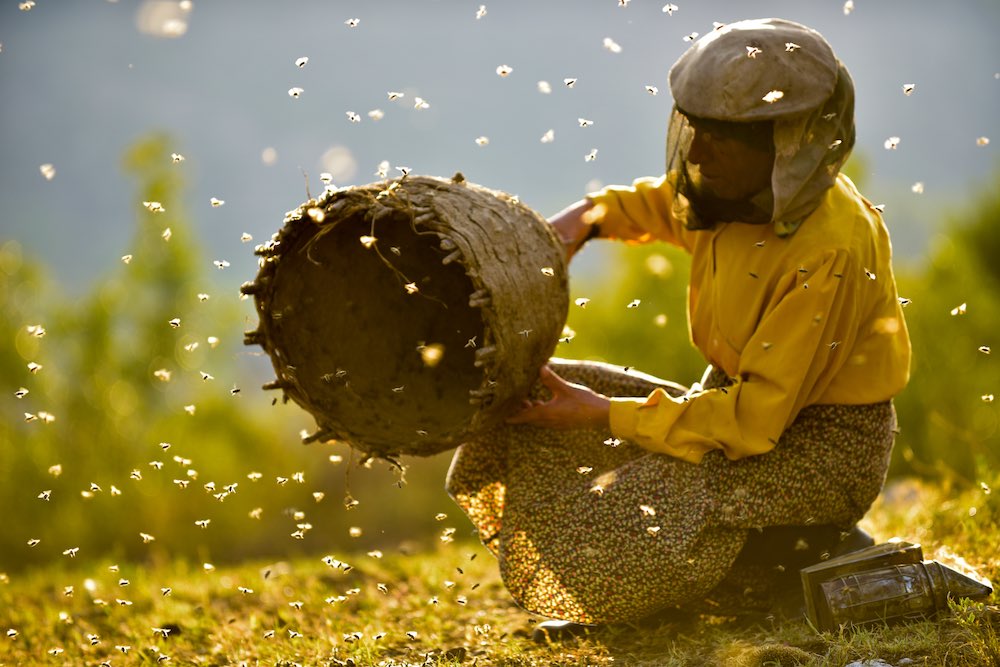 If you told me that one of the most affecting and poignant films about the perils of capitalism concerns a film about a Macedonian beekeeper trying to maintain her passionate livelihood in the face of constant struggle, I would say, “Of course it does.”

Honeyland delineates a number of complicated scenarios about many things. There’s Hatidze, who has spent her life nurturing various beehives for honey, climbing cliffs and rooting through various fauna, all while caring for her elderly mother, who needs her constant care. When a family moves nearby that threatens to usurp her honey business, it becomes quite complicated.

Which is what Honeyland is, quite complicated. Because every time you think what’s going on is going on, there are other things going on. They often involve bees and their honey, because rest assured that honey is currency here, it is an economy, but the film – a documentary that actually feels like a narrative film – transcends both of those in its depiction of how capitalism functions in even the most rural areas. People have to live. People have to survive. “You have no idea what’s coming for you,” says a mother to a small child playing who cries after being mildly injured.

Both laconic and poignant, Honeyland alternates between stark and austere landscapes with detours into an intimate look at two families who are struggling to literally live their lives. The film ostensibly is about bees and honey and how that affects these families' lives and income, but what really hits home is a broader impact of humanity (in all its messy glory), and a document of so many things: grief, loss, happiness, and joy.