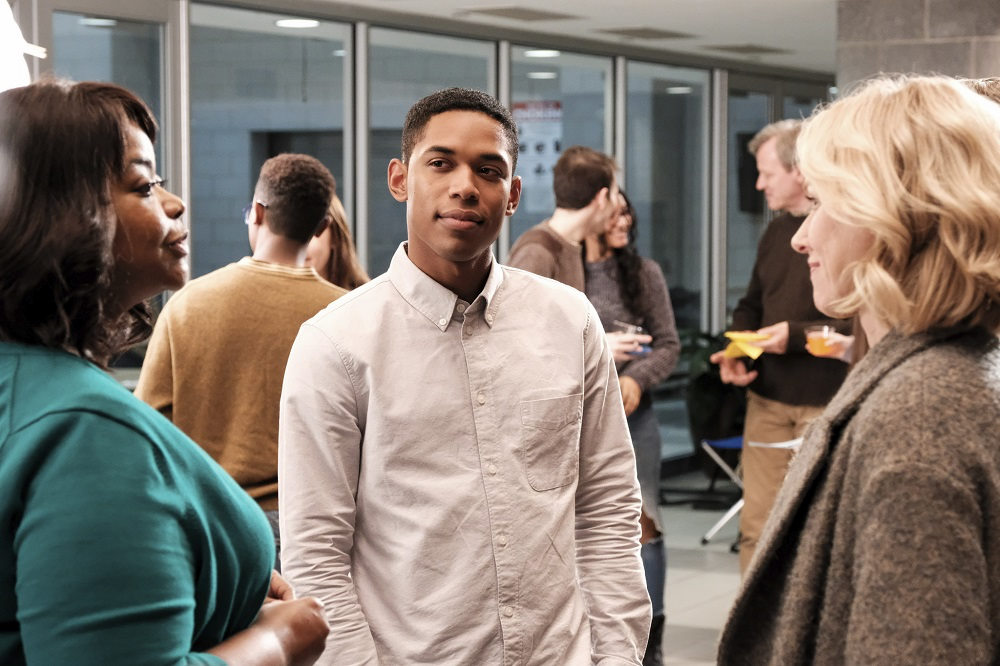 Rebounding from the critical lambasting of The Cloverfield Paradox, director Julius Onah adapts J.C. Lee’s 2016 off-Broadway play about a young man destined for great things, a war orphan being raised in suburbia by doting parents. But that’s not how his teacher Harriet (Spencer, twitchy and suspicious) sees him. She has previously lectured black students on “the solemn duty to never be stereotypes,” but she’s also the first to point fingers at Luce. After all, if he’s smart enough to be valedictorian, isn’t he smart enough to be dangerous? Meanwhile, Amy and her husband, Peter (Roth), start to question what adopting – rather than having – a baby meant for them.

With a view of the metaphysical weight of being a modern teen as bleak as Kevin Phillips’ high school shooting drama Super Dark Times, Onah and Lee’s new script keeps the core of the original play, but falters in some of the additions. (A subplot with Blake as Rosemary, Harriet’s sister, seems intended to give emotional depth to the embattled teacher, but feels injected from a different story about the treatment of people with disabilities in America.) The thing is, Luce does not need those digressions. At its strongest, it takes on the extraordinary challenge that being seen as the embodiment of black excellence places on the title character. Yet its more universal message is in the trauma of an “either/or” culture. Luce is not allowed to be flawed, because that ruins the image of him being perfect. At the same time, his classmate DeShaun Meeks (Bradley, aka rapper Astro) has his position as football captain, his scholarship, and his future torched because of some weed.

Luce’s power is that it refuses to ever pander to absolutes. Its commitment to ambiguity, to complexity, is defining. It never evades its stage roots – nor should it have to, as its formality is pivotal. Much like Thoroughbreds, Cory Finley’s adaptation of his own stage play attack on class, spoke to those in power and under it, Lee and Onah’s story will strike a sonorous chord in anyone who was told they were never good enough, and in those that were told they were never allowed to fail.