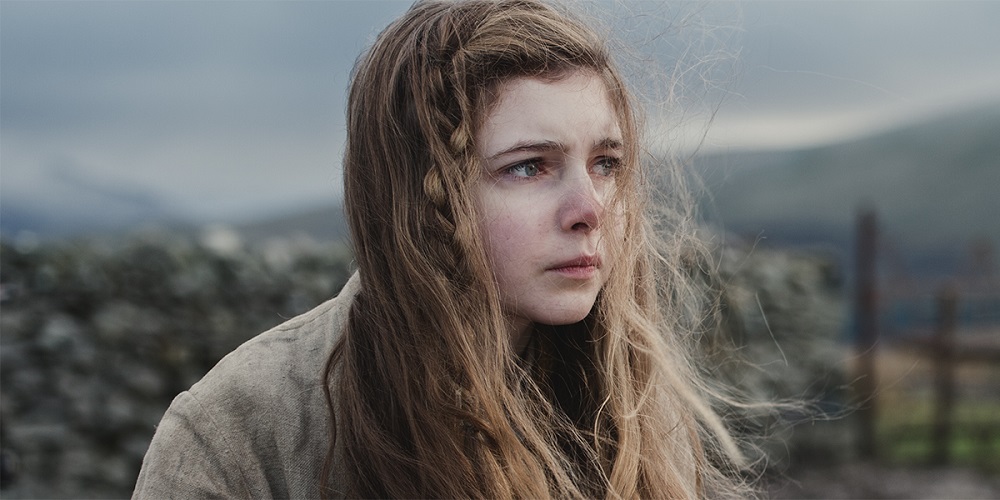 "Rugged beauty" is a term used about remote places by people who don't live there. The mountainous Welsh region of Snowdonia, with its crags and mud, mists and fogs only interrupted by rain and snow, may be brutal, but it's the only home that Gwen (Worthington-Cox) has known. It's 1855, and her father (Evans) is away in the Crimean War. Her mother, Elen (Peake), tells Gwen and her infant sister Mari (Innes) that he will return eventually, and they must just keep their sheep farm going until he comes back as a hero in arms. But there's cholera in the village, and the local slate quarry is eyeing their land: worse still, the cold nights aren't as empty as they may seem, and superstition is what fools call a sensible fear of the dark.

Superficially similar to the often pointlessly ghoulish Hagazussa (but without its needless meanspiritedness) and thematically kin to Manifest Destiny nightmare The Wind, the mist-muted Gwen views historical drama through the warping lens of folk horror. Harrowing and honest, the British period piece arrives on VOD this weekend wrapped in a cloak of dread, much of it supplied by the quiet interplay between Elen's weary, worn-down determination, and Gwen's youth, which seems doomed on this hillside. Worthington-Cox captures her fragility with deft understatement, holding on to a childish innocence while still trying to fulfill her duties as the most essential farmhand.

Gwen is also quietly gorgeous, the Welsh mountains captured in a rapturous array of muted tones (if there were awards for color correction, the team behind Gwen earns it for the sudden, subtle intrusions of reds and leafy greens during a sequence at the market). Arguably it matches the only other recent film to so eloquently capture the subtle allures of the grays and greens, the mud and the pasture, of the British countryside, the bleak and beautiful God's Own Country. Writer/director William McGregor caught the cruel beauty of similar landscapes in the most recent BBC adaptation of the "Poldark" novels, but the remoteness here outweighs the romanticization. The women know that they are at the whims of men of power, in ways that never have to be spoken. Whether it's some uncanny forces at play, or cruel pranks and vicious mischief, it matters not a whit when the wind is under the door. 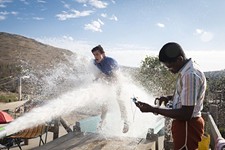