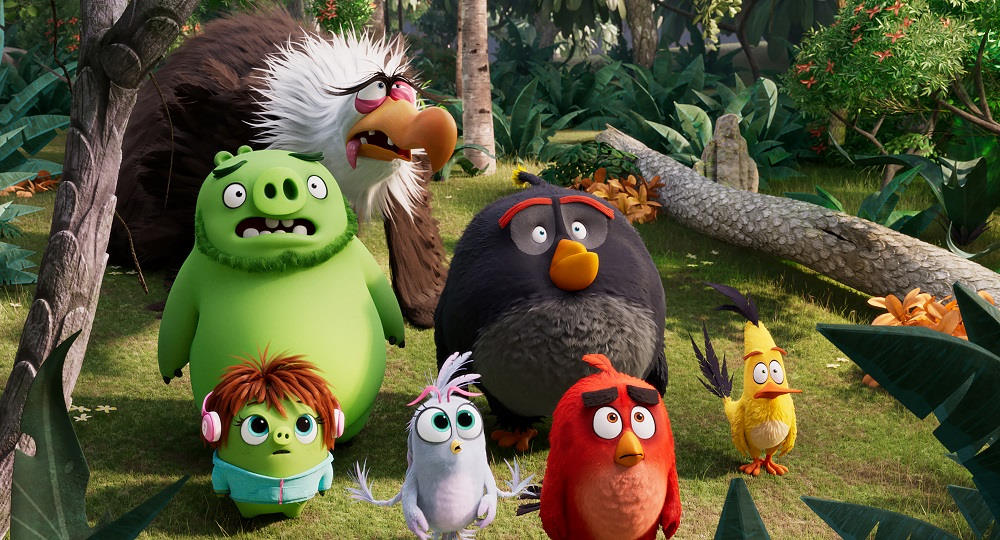 Nothing about Angry Birds screams “easy to adapt to the screen.” The hugely successful video game had such a berserk mechanic (birds throwing themselves via catapult at egg-stealing pigs) that it made jumping plumbers seem sensible. But somehow, the uninspiring 2016 film adaptation cobbled together enough plot to stagger to box-office success – in no small part due to the ubiquity and silly charm of the app.

But three years later, the game is passé, and the sequel has to stand on its own. Fortunately, while the first film was far from fun, it did do some fun world building. Red (Sudeikis) was the outsider, kicked out of polite society due to his furious temper, who found enough self-control to defeat the swinish King Leonard Mudbeard (Hader) and bring, if not peace, then at least a certain detente between Bird Island and Pig Island, defined by occasional outbursts of escalating pranks. That’s when a third oasis, Eagle Island, interjects with a new escalation: throwing huge iceballs at both fowl and hog alike. The two islands must come together to find a solution, or face invasion and destruction. Yet that’s not going to be so easy for Red, who likes being a hero and worries that if he teams up with anyone bar his most loyal lieutenants – the nervously explosive Bomb (McBride) and speedster Chuck (Gad) – then his new-found popularity will vaporize, and he’ll be lonely again. Especially since he’s not only worried about being overshadowed by Leonard, but also Chuck’s engineering genius, Silver (Bloom).

So far, so formulaic. But this second animated expedition to projectile bliss has a magical ingredient, and his name is Thurop Van Orman. The last 10 years of American TV animation owe him a huge debt because of his 2008 Cartoon Network series The Marvelous Misadventures of Flapjack. The story of a cherubic cabin boy being raised by a whale and a pirate, with its mixture of silliness and surrealism, kid-friendly comedy and complicated feelings, set the groundwork for a swathe of shows like Adventure Time and Regular Show.

None of the characters are awful, even in their selfish lows. Leonard is blithely affable, backed by his occasionally useful sidekick, Courtney (Awkwafina), so it’s OK that he sides with Red (much as Red resents it). Meanwhile, Jones brings a wild-eyed energy to Zeta, the eagles’ Bond-esque villain with an insane plan that depends on a volcano-powered gun (full-on Dr. No territory). Even the seemingly unrelated B plot, following the three hatchlings from the end of the first film, is so goofily engaging that its distraction is a joy. Van Orman’s hands may be tied on the look of this film and on the constant pop-musical stings, but his nonsensical humor and willingness to have protagonists who are oblivious to their flaws – or even better, OK with them – flies through this film.