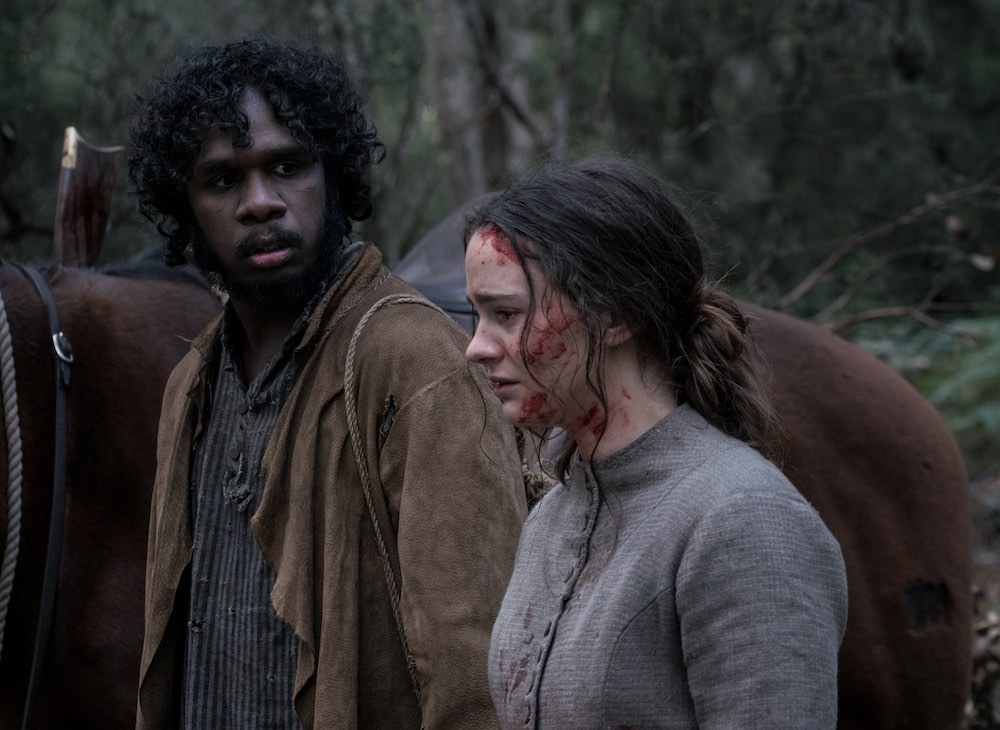 In her standout debut The Babadook, Australian filmmaker Jennifer Kent used the supernatural as a framing device for the trauma of one woman. The Nightingale, her much-anticipated second feature, may mine similar territory, but there is a confidence and a self-assuredness on display in Kent’s second feature that was only hinted at in her first. From her unflinching examination of the dual standards for gender and ethnicity to the film’s lush compositions, The Nightingale is a tough watch, but one well worth the ugly brush with sexual violence and trauma.

In nineteenth century Tasmania, deported Irish convict Clare (Franciosi) has spent the past few years waiting to be released from her debtor’s contract. Under the savage watch of the young Lieutenant Hawkins (Claflin), she suffers through repeated rape and acts of physical violence in the hope that her family will one day be allowed to seek out a new life for themselves. But when her husband, Aidan (Sheasby) and baby are taken from her in a sudden act of violence, Clare enlists local Aboriginal guide Billy (Ganambarr) to help her hunt down Hawkins and his traveling companions. The two form a wary partnership as they travel across the Tasmanian countryside toward Hawkins and his final destination.

The violence that Clare undergoes is unspeakable, but this trauma does not excuse the fear and hatred she carries for the Aboriginal people. When Clare and Billy first set out on their journey, she fills the air between them with crude and unfocused hatred. She refers to him offhandedly as "boy," dismisses his traditions as hocus-pocus, and keeps her rifle pointed squarely at his chest throughout their first day of travel. If the atrocities visited upon Clare show the complete disregard the soldiers have for the bodies of young women, then her own unkindness toward Billy makes it clear that even she towers above the Aboriginal men and women who serve the British army.

In fact, what brings Billy and Clare closer together is the recognition of their shared inhumanity. Kent’s script does not offer a false equivalency between the two characters  –  unlike Clare, Billy lives in constant fear of being shot on sight just because of the color of his skin  –  but the film does inspire them to recognize how powerless they are in the face of inequity. No captain or elected official will take their word against that of a British officer; at one point, overwhelmed with frustration, Clare uses their shared powerlessness as a call to action for her companion. “You know what it’s like to have a white fella take everything you have, don’tcha?” He does.

As the chase continues, The Nightingale draws further parallels between the two parties. Hawkins and his right-hand man, Ruse (Herriman), lose their way without the guidance of their Aboriginal guide, but this loss operates at a much deeper level than that. Without the hideous structure of slave and master to bolster them, the two men quickly turn on each other and threaten violence against the other members of their party. Meanwhile, Billy and Clare slowly unearth their similarities, including a shared affinity for songbirds. Their perceived inhumanity affords them common ground, common ground both Franciosi and Ganambarr spend time organically developing.

Late in the film, Billy and Clare are rescued from the road by an elderly couple on their way into the city. Billy settles onto the floor near the dining room table, but the farmer is having none of it. He picks up Billy’s meal and invites him to sit at the dining room table. It’s a tried-and-true moment in films about race relations: The white character elevates his nonwhite counterpart, causing them to be overcome with emotion at the sensation of acceptance. In fact, Billy does cry, but there is no gratitude to be found in his face. His is a cry of frustration at the way his life and the lives of his countrymen have been so thoroughly distorted. “This is my country,” he cries out in frustration. “This is my home.” The Nightingale never loses sight of who Tasmania’s true victims are, and in the process, it offers a degree of maturity few revenge films could hope to accomplish.

For an interview with director Jennifer Kent on her commitment to historical accuracy, and to the stories of Aboriginal peoples, read "A Commitment to History" in this week's issue. 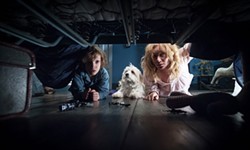 The Babadook
Tyro helmer Jennifer Kent conjures a disturbing spook story about a mother, a son, and an unnerving presence in their house