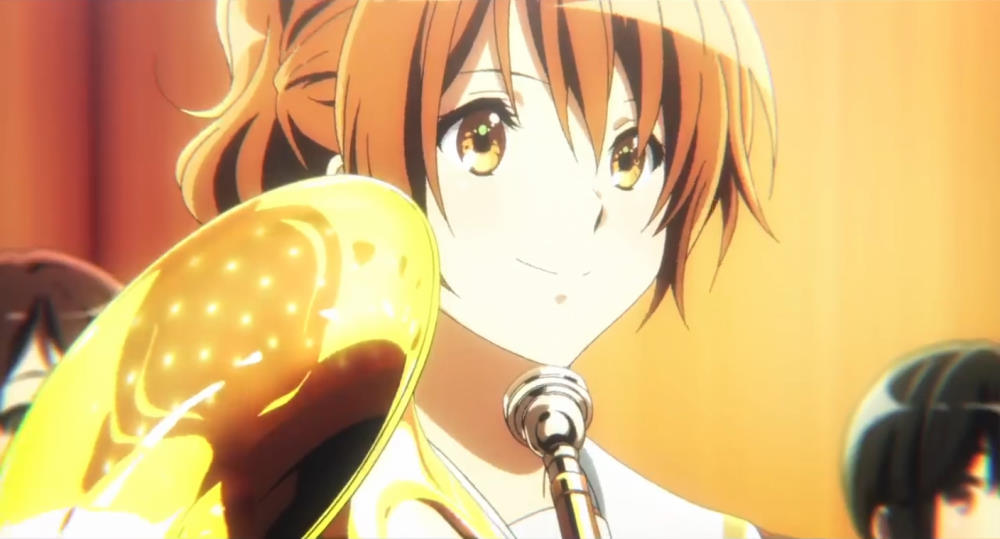 Sound! Euphonium: The Movie – Our Promise: A Brand New Day

If a U.S. animation studio went to a network and pitched a series about a high school orchestra, and that was all it was about, then they'd probably be laughed out of the building. But with the simple delights of the Sound! Euphonium franchise, the trials and tribulations of the Kitauji High School Music Club are more than enough melodrama to fill a pleasurable couple of hours.

This movie sequel to the original TV series makes every seat a character. Yet at the center of everything is Kumiko Oumae (Mendez in the American dub, Tomoyo Kurosawa in the original Japanese version). The freshman euphonium player has moved up a year since the events of the anime. Now in her second year of high school, she's got new responsibilities in the band and to the younger students who look up to her as their senpai. Plus, after the disappointing third-place showing at nationals last year, she wants to guide them all to the gold.

Earlier this year, anime import house Eleven Arts released series spin-off Liz and the Blue Bird, a radical change of direction for the franchise that focused on two background characters and elegantly explored the collapse of childhood friendships (it's also explicitly referenced here). Our Promise: A Brand New Day is a little unrelenting, in that it's not designed to be a standalone film, but is instead more of a continuation of the two-season anime that started it all (if you don't have time to catch all 26 episodes, there are always the two recap films, Welcome to the Kitauji High School Concert Band and May the Melody Reach You!). Gone is Liz's watercolor-tinged delicacy of line work, and instead it's back to the show's glowing style, like everything in the city of Uji is shot through a filter under a golden light. But then Liz's mournfulness is replaced with a sense of optimism, that life may not be perfect but perfect isn't everything.

The film's joy is in its earnest simplicity. There's a discussion about ensuring that there are enough players for the bass section, and it's completely unironic, and not a source of subtext. There's even a brief exchange about how an argument between two musicians is about trivial matters. "Not to them," rejoins Kumiko, because Sound! Euphonium gets that the trivial can be all so important when you're a teenager, and you're convinced everyone can hear your flat notes. The only adult around is their instructor, Noboru Taki (Grayson/Takahiro Sakurai), and he's just as serious as the students. So it all comes back to the everythings and nothings of being a teenager, about jealousy and impostor syndrome, friendships and first crushes, about the divide between doing your best and being the best (director Ishihara even builds in a device of drop-in snippets on a cell phone video app, letting the students be their own Greek chorus). Fans of the series will undoubtedly feel the beats and rhythms more than newcomers to the story, but Sound! Euphonium plays all the right notes in just the right order. 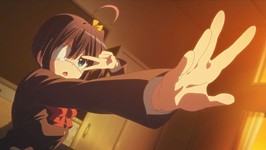 Love, Chunibyo & Other Delusions! Take on Me
...

Sound! Euphonium: The Movie – Our Promise: A Brand New Day
...