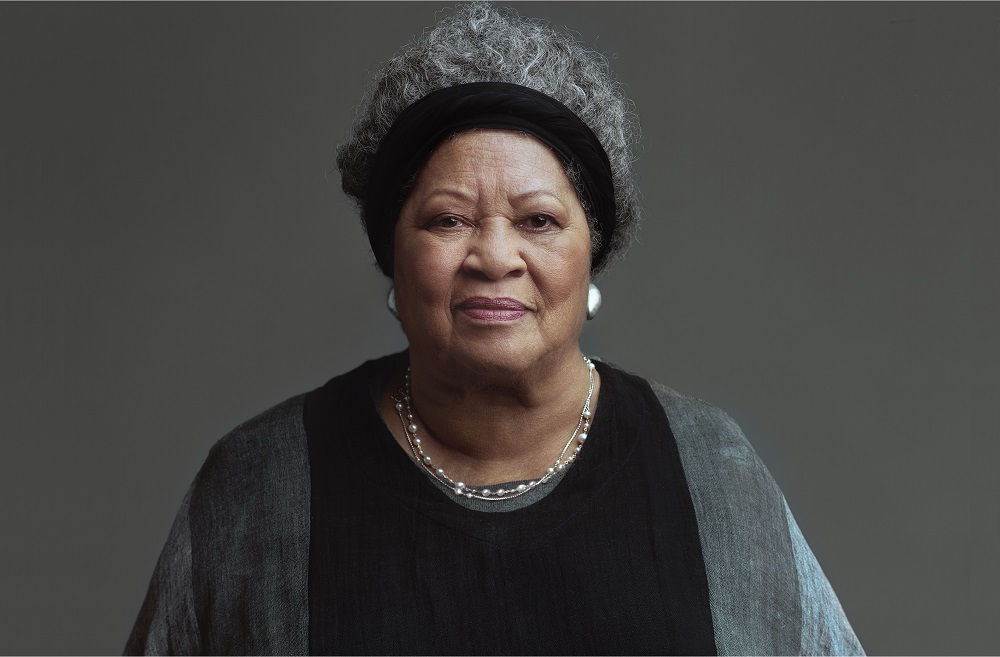 Toni Morrison: The Pieces I Am

It’s both illuminating and sublimely comical to learn that the international literary treasure that is Morrison, alongside her older sister, spent her precocious preadolescent years practicing her spelling and expanding her vocabulary by writing in words with a pebble on the sidewalk in front of her house. “Cat.” “Dog.” “I hat you.” “It.” And then, down the street, “F…u…c…” She never finished that one because Morrison’s mother caught her in the act and put a stop to that particular practice session. Witness then, the humble beginnings of this African American Pulitzer- and Nobel Prize-winning author, essayist, political radical, and Princeton professor emeritus who would many years later on receive the Presidential Medal of Freedom from Barack Obama. From such humble sidewalk storytellings living legends are, apparently, born.

Documentaries about writers and the writing process are often either overly solemn and reverential or, worse, pointless (just go read their work, already) but director Greenfield-Sanders sidesteps both by tracing Morrison’s remarkable rise from post-Jim Crow America (and all that that entailed) to become a genuine, and genuinely authentic, global phenomenon, firebrand, and activist both on the page and in the flesh. With American race relations currently mired in a seemingly permanent state of bloody stalemate, Toni Morrison: The Pieces I Am reminds the viewer that the struggle for equality on all footings – for black women in particular, but life itself in general – is worth every hard-won drop of sweat, be it on the page, the screen, or the streets. The decidedly defiant grande dame of African American literature is shown here as an intellectual and creative dynamo who, at the age of 88, shows zero signs of deceleration; if anything, she appears to be just getting warmed up. Haters beware.

Told for the most part chronologically, Greenfield-Sanders allows the by turns compassionate and combative Morrison to tell her own story, and it’s a doozy. The director employs not just talking head interviews with the author’s contemporaries and champions – Hilton Als, Russell Banks, Angela Davis, Harvard’s David Carrasco (the latter declaring Morrison's work to be no less than "The Emancipation Proclamation of the English language") – but also uses text, archival footage, and, yes, Oprah Winfrey to convey the extraordinary achievements of this strikingly intellectual and eloquent human being. I, for one, could listen to Morrison speak with wit, sass, and gloriously passionate provocation for far longer than the film’s two-hour running time. As influential – and at times as feared and loathed by her (generally) white critics – as any artist of her time, this lovely and striking portrait of Toni Morrison is a must-see for anyone who cares about literature, life, race, and art with a capital “A.”

Still vigorous and forever fierce – and funny – and sporting a range of talents so impressive as to be virtually incomprehensible to us lesser creatives and activists who nonetheless seek our own artistic destinies, Toni Morrison: The Pieces I Am is required viewing. Speaking about her 1997 novel Paradise, Morrison recalls that the “Texas Department of Corrections banned [the book] because they feared it might incite a riot, and I thought, 'How powerful is that?'” Powerful enough to provide plenty of potent inspiration to writers, readers, and radicals everywhere for a long time to come, I’d say.

Toni Morrison: The Pieces I Am, Timothy Greenfield-Sanders