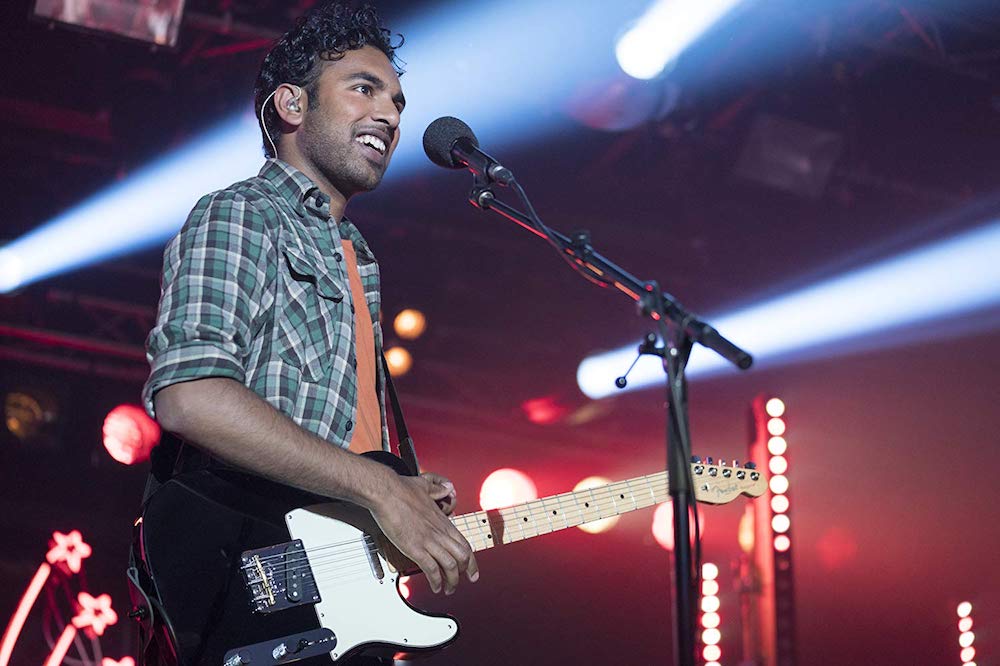 The fanciful conceit in Yesterday is much like a struggling artist’s what-if daydream, the one in which they finally rouse an elusive muse to inspire them to greatness. Except in this case, 27-year-old English musician Jack Malik (newcomer Patel, in an encouraging debut) shortcuts the long and winding road to success by appropriating the Beatles songbook after a worldwide electrical blip erases everyone’s memory of the Fab Four. Everyone, that is, except for the chosen few like Jack, who’s hit by a bus while cycling home from a disastrous gig the moment the global transformer blew. After Jack’s repeated Google searches confirm the band’s deletion from human history (hilariously enough, Oasis is also expunged), the movie amusingly charts his frantic theft of the Liverpudlian quartet’s classics and overnight status as a musical genius. Although this newly famous young man doesn’t charge the public to download the music, it’s still a deal with the devil. Every song he claims as his own is a hit, just as it was when John, Paul, George and Ringo released it over a half-century ago.

Even though you know (and Jack knows) he’s a fraud, the screenplay by Richard Curtis (Love Actually, Four Weddings and a Funeral) keeps one step ahead of that unpleasant truth during the first stretch of the movie, giving you permission to overlook his selfish motivation and see each song as a gift to mankind that would otherwise remain forgotten. His bedroom walls papered with a flutter of Post-it notes, the names of dozens of Beatles tunes scribbled on them, he’s like a kid in a candy store each time he snatches the next colored square to supplement his already incomparable catalog. As the nimble Jack quickly discovers, once you learn how to play the game, it’s easy.

But when his career takes him across the Atlantic for grooming as a superstar, the movie has nowhere to go and sputters badly. Without warning, Curtis’ script takes a dark rom-com-ish turn as the relationship between Jack and his longtime friend and manager Ellie (a criminally misused James) sours with the revelation of unrequited love and the announcement of an ultimatum completely out of character. What’s more, the movie’s facile depiction of corporate greed and shallowness of the American music industry, as personified by an odious music executive played by SNL's Kate McKinnon, doesn’t qualify as satire. It barely qualifies as a cliche. A usually dependable performer who’s sparked more than one mundane movie with her looniness, the comic actor grates like the sound of a needle scratching a record here. (Grammy-winning singer/songwriter Ed Sheeran fares better playing a gently skewed version of himself.) As the whimsical setup in Yesterday deteriorates until its unimaginative conclusion, the familiar Lennon/McCartney collaborations (along with a couple written by Harrison) provide the only solace, timeless songs that make it better. Viva Los Beatles!