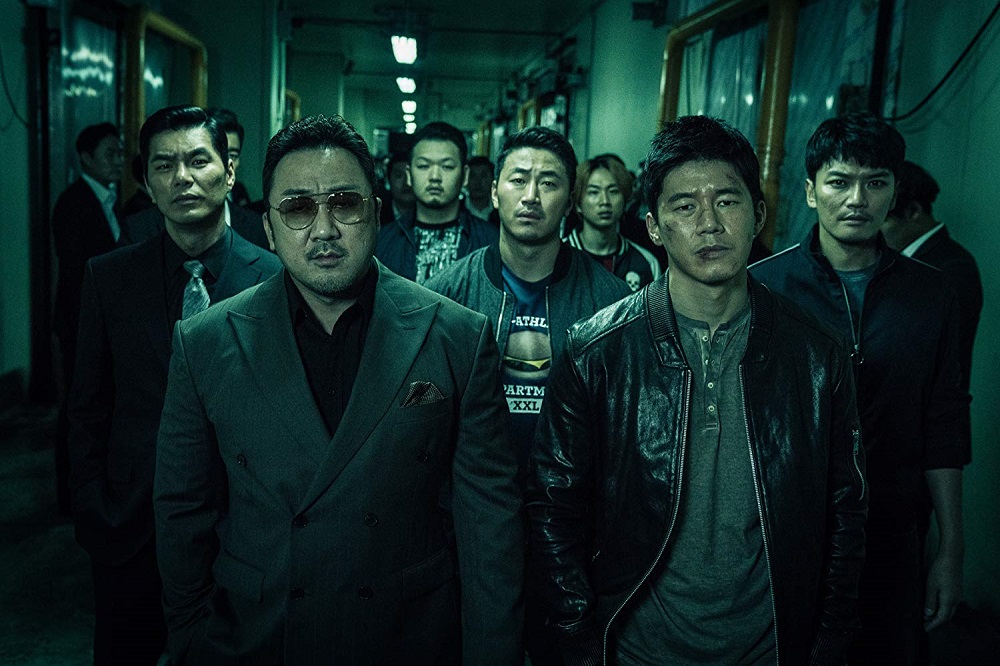 The Gangster, the Cop, the Devil

Imagine if Walter Hill wrote a buddy comedy in 1983 about a grizzled old mob boss and a cocky young cop hunting down a serial killer, handed the script to Tony Scott, and they cast Nick Nolte as the granite-fisted crime king, Tom Cruise as the charming but smug law enforcer, and got Henry Silva, the stiletto-faced master of psychokillers, as their murderous target. Got it? Now take that but film it in South Korea right now, and you have The Gangster, the Cop, the Devil, a wily, hard-hitting slab of old-school action badassery.

There's nothing subtle about this crowd-pleaser, the second feature from writer/director Lee Won-tae (Man of Will), which does exactly what the title promises. Train to Busan's Ma Dong-seok plays Jang Dong-soo, a hulking beast who runs the slot machines in the city of Cheonan with an iron fist, a low growl of a voice and an imposing presence – pure Wilson Fisk, aka Marvel's merciless Kingpin. When someone tries to murder him with a butcher's knife on a dark and rainy night, it just seems like business as usual, almost a workplace injury for someone with this many enemies. Yet there's something wrong about how the assailant (Kim Sung-kyu) comes after him; a callous attitude that makes him feel this is neither personal nor professional, but something darker. Not that Jang can do much about it, because when he wakes up in hospital, his empire is in shambles and who's at his bedside? Detective Jung Tae-suk (Kim Mu-yeol). Normally he'd be happy to see his nemesis in such straits – after all, he's the kind of rule-bender who busts an illegal casino, then gets the guy in the money cage to give him a lift to another crime scene – but he has bigger fish to fry. He's convinced there's a serial killer out there, and that Jang is the only survivor and so the only witness.

And that's it, because no film needs anything else. It's got two incredibly charismatic and talented leads, a super-sinister villain, and action sequences that feel like Sonny Chiba and Jackie Chan got together to break some heads. It's also got a great, old-school script about Jang and Jung rubbing shoulders and rubbing each other the wrong way in their quest to stop a killer, and deciding whether he should face the courts or gang-style justice. It's a relationship summed up by a simple exchange when Jang tells Jung he'll find the killer. "A bad guy will catch another bad guy?" Jung scoffs, to which Jang replies, "No, two bad guys will catch the worst guy."

Yes, it's car crashes and fight sequences and dry jokes, but it's a mix that will make you wow, wince and guffaw in just the right amounts, all carried off with a gritty style. It may lull a little in the final act, but that's just setting up one of the decade's low-key finest payoffs.