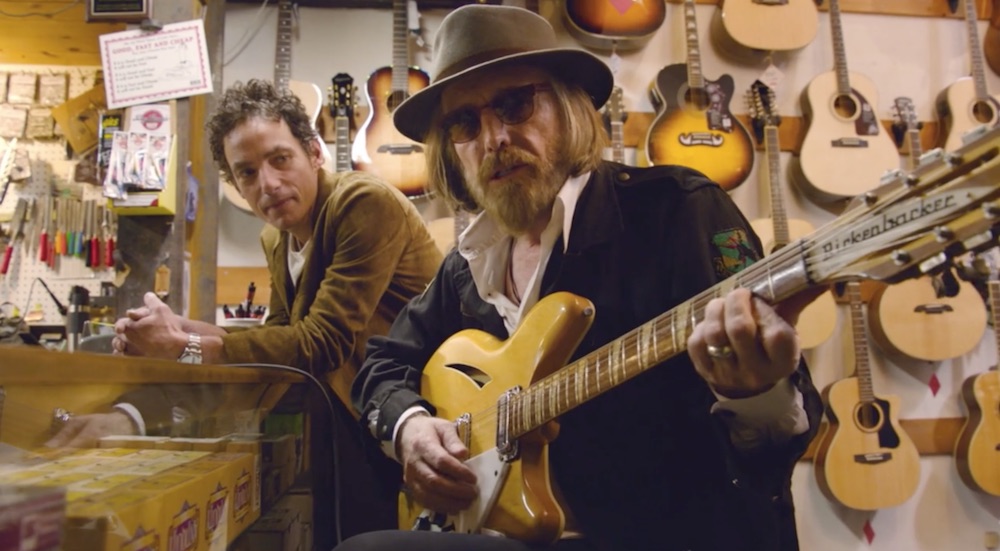 Echo in the Canyon

There are certainly treasures to be found in this documentary about the beginnings of the California folk-rock sound and the musicians who created it, many of whom lived in the wilds of Laurel Canyon, a rustic area that lay just a short reach from the bright lights of Los Angeles. Due to its large number of recording studios, the city was a musicians’ mecca, and the abundance of creative artists in the city then attracted others. In 1965, the folk-rock amalgam was off and running with the release of the Byrds’ cover of the Bob Dylan-penned song “Mr. Tambourine Man,” which reached No. 1 on both the American and British singles charts. “In the jingle jangle morning,” others came following.

Our guides through this survey are first-time director, longtime music manager, and former Capitol Records CEO Andrew Slater and taciturn onscreen host Jakob Dylan. The film is a loose outgrowth of a 2015 tribute concert in which the younger Dylan performed some of the era’s music with such other vocalists as Regina Spektor, Fiona Apple, Beck, and Cat Power. Conversations among these participants – gathered in a living room during pre-production – wind up being unrevealing drags on this short, 82-minute film.

It would have been lovely to hear Dylan and the others opine on the influence this music has had on their own. Instead, the filmmakers allow the musicians who were present at the time to do most of the talking. Jackson Browne, David Crosby, Graham Nash, Roger McGuinn, and Stephen Stills are forthcoming about the early twangs of folk rock and tell some tales out of school, yet none are earth-shattering or groundbreaking. Other musicians who came into later contact with the scene or were strongly influenced by it are also included: Eric Clapton, Ringo Starr, and, in his last onscreen interview prior to his death, Tom Petty. Great attention is also paid to the Beach Boys, whose California roots hardly make them immigrants to the area. Although the group were commercial hitmakers rather than singer/songwriters, the film shows how Brian Wilson (who adds a fleeting quip during a studio interview) was inspired by the Beatles’ album Rubber Soul to create his masterpiece Pet Sounds, and how the release of Pet Sounds inspired the Beatles to create Sgt. Pepper’s Lonely Hearts Club Band. Echo in the Canyon makes a strong case for how the community of spirit and harmony that existed in that time and place caused all the musical influences to bleed into one another. “In the jingle jangle morning, I’ll come followin’ you.”

The movie, however, restricts itself to the years 1965-67, that last year being the one in which Crosby was kicked out of the Byrds and Neil Young left Buffalo Springfield. That could explain the mysterious exclusion of any mention of Joni Mitchell, whose Ladies of the Canyon album was released in 1970 and is one of the signature records of that time and place. More mystifying is the absence of the Doors and Love, two groups active and living in Laurel Canyon at the time. Perhaps they were too rock-oriented to fit within the film’s folk rock confines, but the omissions are a sign of the movie’s lack of insight and historical curiosity. It seems wrong to learn more about the evolution of the Beatles’ sound in the Sixties than Joni Mitchell’s, which will forever be linked inextricably to Laurel Canyon.

Despite the obvious shortcomings, Echo in the Canyon should please fans of the music, as well as newcomers to the sound who are experiencing it fresh. A bonus effect may be the increased desire to see French director Jacques Demy’s hard-to-find 1969 film, Model Shop, which the filmmakers cite as their inspiration to make Echo in the Canyon. Demy’s first Hollywood film captures a live sense of the mood and street scene in Los Angeles in the late Sixties. Model Shop, too, is not a perfect film, but at least it doesn’t get lost on winding canyon roads.

Echo in the Canyon, Andrew Slater