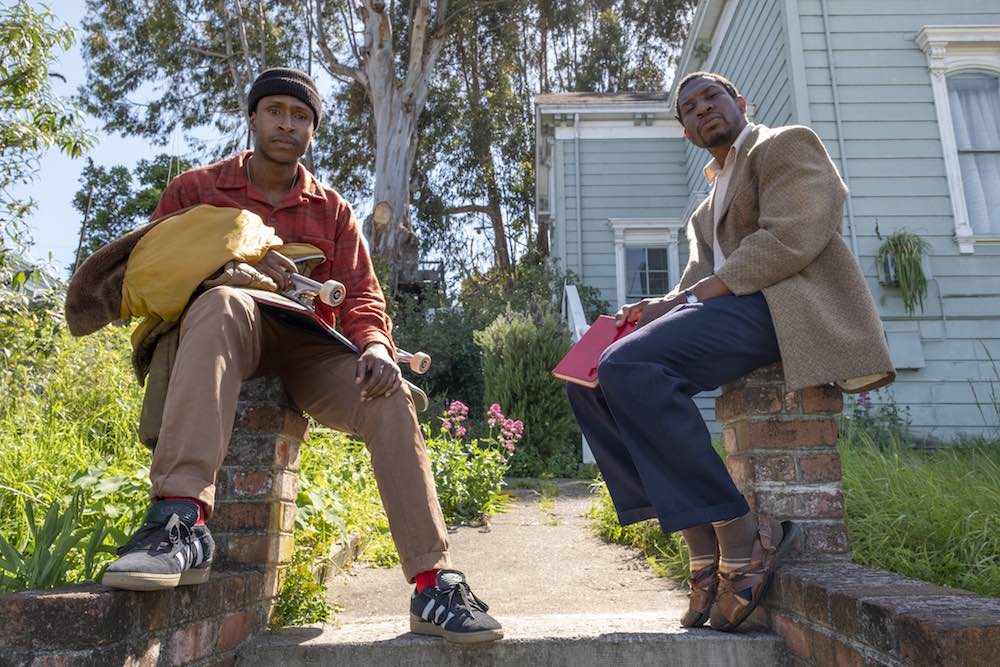 The Last Black Man in San Francisco, already one of the most original movies of the year, is a wide-reaching story that confines itself to a specific time and place. The story opens up gradually and, initially, the viewer may be pulled along more out of curiosity than full understanding. That feeling passes as the characters, settings, and peripheral actions grow more familiar and specific. The workers in hazmat suits cleaning up a waterfront in the film’s opening scene look as though they could belong to a piece of science fiction or a documentary; by the end of the movie we instead realize that we’ve experienced a contemporary ballad, a poetic work of many stanzas that has its roots in the past.

The film’s dominant theme is the gentrification of San Francisco as experienced by two black male characters who witness the white influx of newly minted tech millionaires into formerly black neighborhoods (which, of course, were primarily Japanese neighborhoods before becoming predominantly black-inhabited areas). In many ways, The Last Black Man calls to mind two of last year’s popular Bay Area releases that reflected the black experience and the consequences of gentrification in neighboring Oakland, Sorry to Bother You and Blindspotting. However, The Last Black Man also riffs on the meanings of home, male friendship, art, race, and history – among other things.

The film is directed by first-timer Joe Talbot, and the story is based on ideas he developed with his childhood friend Jimmie Fails, another lifetime San Franciscan who also stars in the film as a character named Jimmie Fails. Jimmie and his constant companion Mont Allen (Majors) skateboard around the city like kids instead of the grown men they are. Mont is a budding playwright who always has a pencil crooked over his ear and a notebook tucked into his waistband. Jimmie is obsessed with restoring the outside paint job of the picture-book Victorian house that he claims was built by his grandfather. He hasn’t lived in the house since his childhood (Jimmie’s past is murky and troubled, and he crashes at night at the house of Mont’s blind grandfather, played by veteran Danny Glover), and the present-day white occupants do not appreciate Jimmie’s recurring touch-ups to their place. Certain motifs reappear throughout: a street preacher and a bellicose corner gang, which really may be a theatre workshop. The fogginess of events perhaps echoes the city’s famous fog, but the images by cinematographer Adam Newport-Berra are precise and evocative. The film’s third act adds emotional fireworks that feel a little more didactic than organic, but this San Francisco ballad remains on-key if uncharted.

Traditionally, stories about San Francisco tend to be about its immigrants. Over time, newcomers have swarmed to the city with the Gold Rush and with flowers in their hair. Some come looking for land’s end, others for the Silicon Hills. But The Last Black Man in San Francisco offers the perspective of residents who are embedded in the here and now rather than those who have only recently arrived looking for something better.

For an interview with director Joe Talbot, read "How The Last Black Man in San Francisco Traded Righteous Rage For Gentleness," June 13.