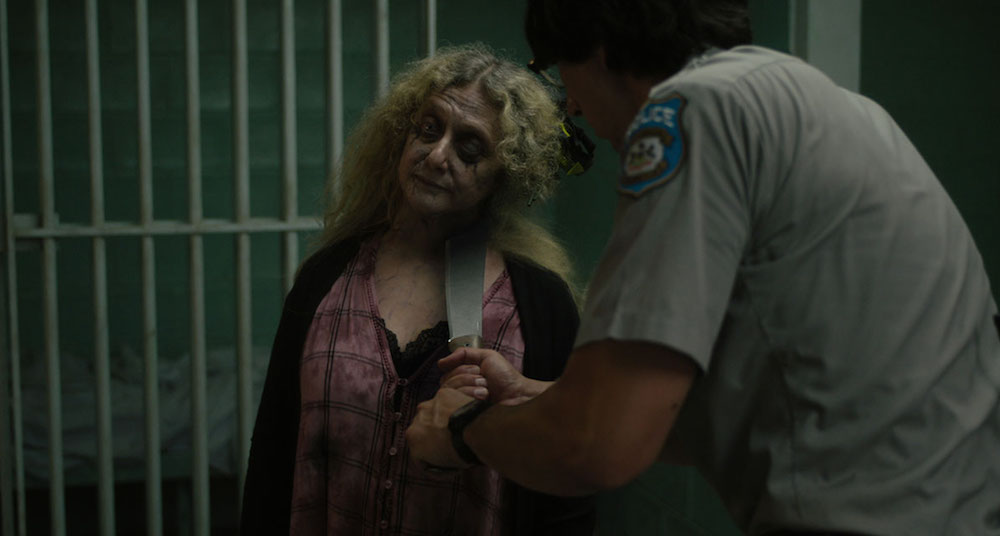 Watching a zombified Iggy Pop stagger around in search of hot coffee and warm flesh – apparently the undead no longer crave cigarettes – is just one of the small but satisfying inside gags in Jim Jarmusch’s languorous riff on George Romero’s original ghoul’s night out. After 2014’s Only Lovers Left Alive, an exquisite and intoxicating tale of love, death, and Shakespeare, The Dead Don’t Die feels like something of a minor comic note in the director’s curriculum vitae, but it’s not without its pleasures. And like Romero’s genre classic, social commentary, satirical and otherwise, abounds.

A nearly nihilistic take on small-town life in the age of Trump, the film follows the Centerville, N.Y. (pop. 723) police force as they struggle to maintain some sort of order in the midst of the flesh-eater apocalypse. Chief Cliff Robertson (Murray) initially refuses to believe the observation by his partner Ronnie Peterson (Driver) that the eviscerated townspeople turning up are the victims of the walking dead. Only when a (literally) dead drunk (Kane) arises from the police station’s holding cell and has to be put down with a shot to the noggin does Cliff reluctantly concur. The third member of Centerville’s PD, officer Mindy Morrison (Sevigny) just goes with the flow, alternating between screaming and shooting, while Waits’ forest-dwelling sage, Hermit Bob, gets it from the get-go.

Jarmusch’s revenants are slow movers because, y’know, they’re dead, they’re all messed up, and the same can be said of The Dead Don’t Die. The languid pacing isn’t a drawback, though. It offers plenty of time to introduce Centerville’s quirky citizenry well prior to their presumed consumption. There’s Buscemi’s cantankerous Farmer Miller, sporting a familiar ball cap with the slogan "Make America White Again," RZA as a WU-PS delivery driver, and the mysterious new mortician in town, Zelda Winston (Swinton, always game for anything), who inexplicably speaks with a thick Scottish brogue and wields a mean samurai sword.

Throughout the proceedings, Ronnie repeatedly tells Cliff, “This isn’t going to end well,” and lovers of more traditional (i.e., non-Jarmusch) zombie holocaust films will likely agree, as the fourth wall comes tumbling down and flying saucers appear in the sky, heralding … what, exactly? Hermit Bob gets the last word, but it might as well be a Romero monologue from beyond the grave, so pointedly does it echo that director's famously pragmatic pessimism. The Dead Don’t Die finds Jarmusch in a bleakly satirical mood, but having fun with the end of the world just the same. Even a ’68 Pontiac LeMans growls up for a cameo at one point, but Romero’s Johnny and Barbara are long-gone dead and Centerville’s soon to follow.