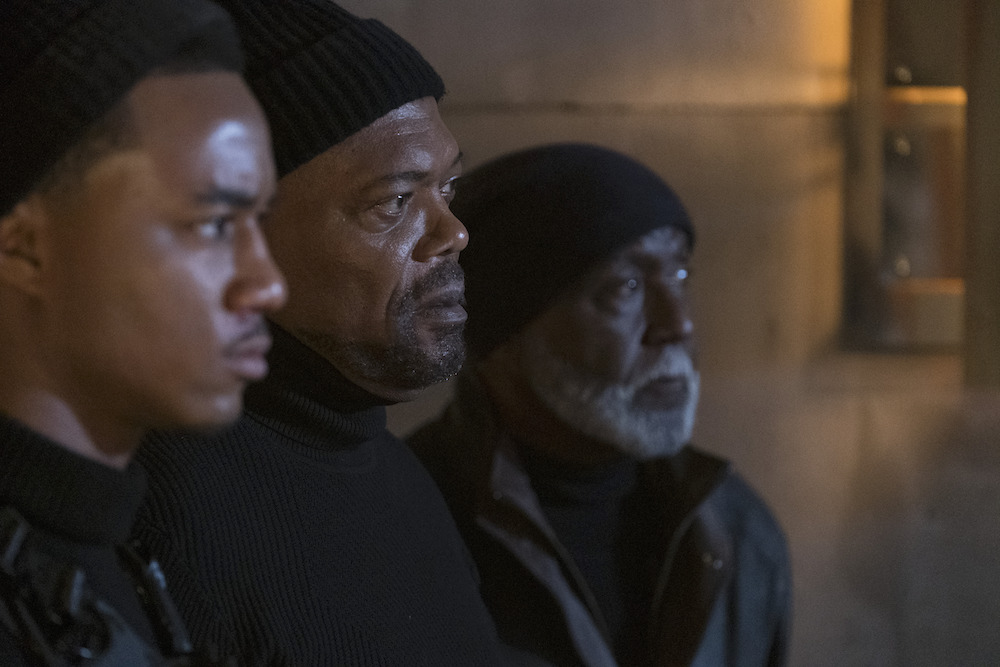 It began in 1971 as a gritty blaxploitation movie about a macho private eye who fancied leather coats and foxy ladies, a righteous cat glowering with absurd virility as he whooped ass bare-knuckled in a lawless Harlem. Back then, John Shaft (Roundtree) was a love-‘em-and-leave-‘em sex machine who’d risk his neck for his brother man, according to the Oscar-winning theme song by Isaac Hayes. After two deplorable quick-buck sequels in the early Seventies, the character was revived in 2000, this time in a serviceable remake under the same title that featured Shaft’s nephew, John Shaft II (Jackson), a brash NYPD detective who mostly glowered beneath his dark shades, a slicker millennium version of his legendary uncle. Now, almost two decades later – and nearly half a century since the original was released – this eponymously titled sequel (where’s a Roman numeral when you need one?) introduces the Second’s estranged young son, John “J.J.” Shaft Jr. (Usher), a buttoned-down FBI data analyst who never glowers, unlike the father and grandfather sharing his same name. (For unexplained reasons, the family tree is modified in this movie.) To the familiar instrumentals of Hayes’ classic Grammy-winning score, these three generations of men come together in this latest incarnation of Shaft to crack jokes and kick butt in a movie seemingly programmed by algorithms calculated to produce mindless entertainment. Can ya dig it?

Not surprisingly, this is Jackson’s show from the beginning. He takes imperious pleasure in using the MF adjective to describe anyone and anything (which is a lot), in pronouncing the P-word with the emphasis on the first syllable (which is even more). John Shaft II is politically incorrect without shame, a character trait the movie uncomfortably uses for comic effect to create a constant source of friction between him and his more upright offspring. So what’s a little homophobic, sexist, and racist humor among friends? It’s not so much offensive as it is cheap. But things get weird when the former Mrs. Shaft and J.J.’s mother (Hall) becomes aroused as she watches her ex-husband, a man she otherwise loathes, pick off the bad guys one by one in a bloody restaurant shootout right out of Scarface. They get even weirder when Junior’s wannabe love interest (Shipp) gets similarly turned on as she watches him unexpectedly display similar sharpshooting skills in yet another bistro gunfight littered with corpses. Times sure have changed since the old Shaft made women swoon by simply treating them like shit. As for the new Shaft, is he still a bad mutha? Shut your mouth.