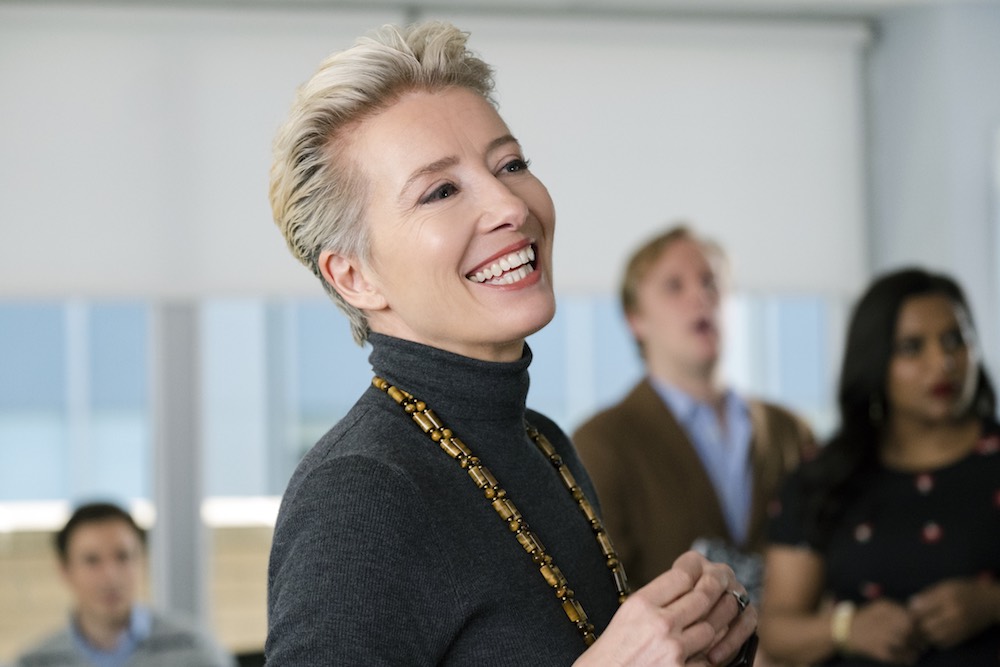 Remember the infamous, galling 2015 Vanity Fair cover with all the hosts of all the late-night chat shows hanging out? The cover where there more hosts born in South Africa than there were women? The one where there were more pro-weed New Yorkers called Bill Maher than women? Late Night, the droll but heartfelt media satire written by and starring Mindy Kaling, imagines a parallel world where at least one woman has broken through that post-prime-time glass ceiling.

There's clearly more than a wisp of Kaling in Molly – most especially her own brief tenure as an intern on Late Night With Conan O'Brien – although there's a world of difference between studying playwriting at Dartmouth and Molly's administrative post in a chemical factory ("chemical plant," as she keeps correcting everyone). She's managed to snag her dream job, working in the writers' room for Tonight With Katherine Newbury. She's happily at the beck and call of her comedy icon, the British expat Newbury (Thompson), with her 43 Emmys and decades of ratings. She gushes to her new boss that she's excited to prove that she's not a diversity hire – until Newbury, in quizzical disbelief, explains that's exactly what she is.

Kaling's subtly satirical script is fearless in its depiction of the minefields of modern workplace politics. Newbury, it turns out, has a horrible track record in hiring women, instead falling back on generic Ivy League men to provide her one-liners and bons mots. But now she's on the verge of being canceled, as her show increasingly becomes a tedious, smug excuse to turn off the TV before bed. However, the network isn't interested in a more contemporary replacement but wants her to step aside graciously in favor of the disturbingly dude-bro-y Daniel Tennant (Barinholtz, doing an eviscerating turn as a loathsome Dane Cook-alike). Molly is her last hope at relevance, and the pair inevitably create a fire-and-ice antagonistic bond. Or rather, Thompson nearly cracks her skull as she strains to stop her eyes swiveling back into her head every time Molly starts gushing about her influence. It's the best depiction of an unwilling mentor since J.D. started puppy-dogging around behind the irascible and irate Dr. Cox in Scrubs.

Longtime TV sitcom director Nisha Ganatra (Chutney Popcorn) leans into the situational side of Kaling's workplace comedy with a sharp eye, poking holes in presumptions and finding a lot of sympathy for everyone going through the necessary and overdue upheaval of workplace diversification. Thompson and Kaling spark, while still leaving space for the rest of the cast to deliver blissful, blistering one-liners (I, Tonya's Hauser predictably steals the show there as the dopey gag writer Mancuso) and moments of true pathos (most especially from Lithgow as Katherine's ever-supportive husband).

Yet Late Night shares one telling facet of the classic talk show interview: It's there to tell a story, but you never really get to know the people on the couch. Kaling's script is charming, compassionate, and witty, but it's never really clear who anyone is, leading to an unevenness of tone (there's one moment that falls straight out of a Keystone Cops short, with the writers' room tumbling over each other). Even Molly is oddly undersketched, introduced as water-cooler-funny and suddenly knocking monologue jokes out of the park. Katherine is even more of an enigma: There's something definitionally American about the late-night chat show format, and historically undeniably male-dominated, so it feels like there's a gap explaining how a British woman becomes the queen of the format. It's teased in the text – she delivers a blistering line about the American addiction to catharsis in everyday life – but her own identity as an outsider is assumed rather than explained. It's telling that Thompson does her best character work in the silences and tiny physical responses, filling the spaces the script leaves.

However, the boisterous energy of Late Night, amped up with just enough wry cultural analysis and media critique to make it feel timely, deserves to keep its slot. 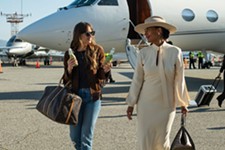 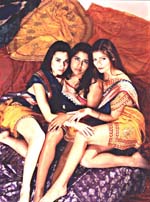 Chutney Popcorn
Intriguing and unpredictable film examines the lives of an Indian-American family torn apart by an elder daughter's inability to conceive with her American-born husband.