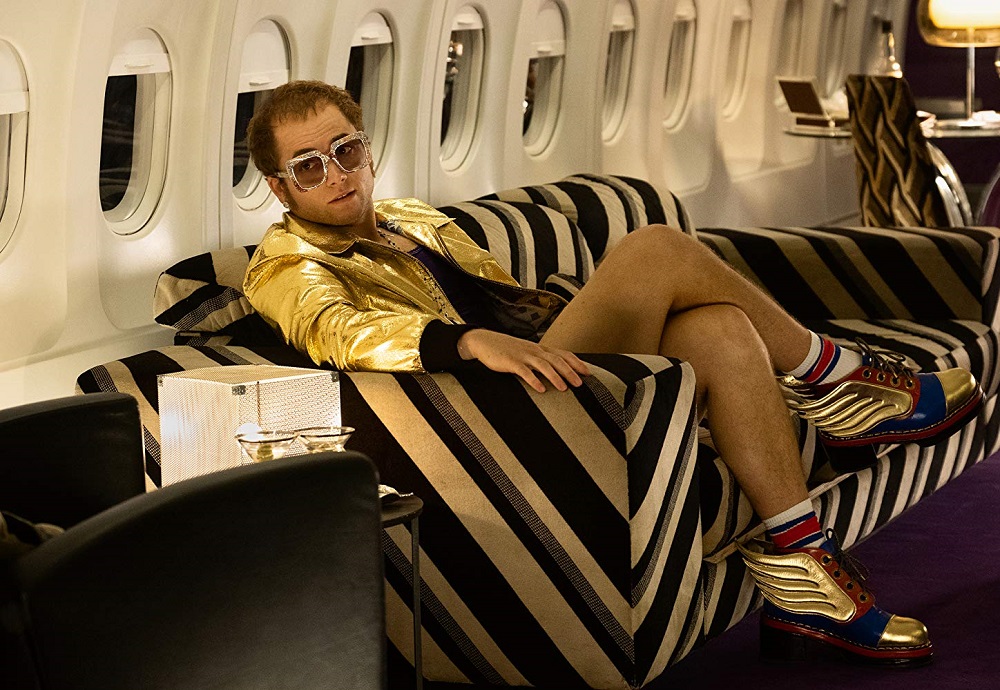 Comparisons are inevitable. A closeted young man from the British middle class breaks into the music business in his early 20s, reinvents himself by changing his name and adopting a flamboyant stage persona, and skyrockets to fame in the self-indulgent 1970s, turning to drugs, alcohol, and sex to medicate a lifelong emotional pain perversely magnified by his artistic and financial success. Last year’s box-office juggernaut Bohemian Rhapsody traversed this narrative arc in recounting the life and career of Freddie Mercury, the charismatic frontman of the rock band Queen, who briefly found personal peace before tragically dying of AIDS at age 45. The Elton John biopic Rocketman is a similar cautionary tale, but with a happier ending: According to the film’s postscript, John is now 28 years sober, with a husband and two kids.

Still, the comparisons and connections between the two films run deep. Director Fletcher originally developed Bohemian Rhapsody as his own project, until the studio heads, in their wisdom, handed it over to Bryan Singer who made that risk-averse version play like a greatest hits album intent on sanitizing the late Mercury’s life out of a specious respect for the dead. Now given his head, Fletcher's braver Rocketman is a pop MGM fantasy musical that imaginatively integrates the familiar songbook of longtime collaborators and friends John (the Kingsman series' Egerton) and lyricist Bernie Taupin (Bell) into a well-trodden storyline about the folly of fame. While the dramatic exposition is often psychologically clumsy and the characterizations frequently one-dimensional, the movie is less afraid to embrace the warts-and-all truths of its subject’s life, perhaps because he finds hopeful redemption at the end of the yellow brick road.

The screenplay by Lee Hall (whose script for another performer drama, Billy Elliot, made Bell a star and was later adapted for the stage with music by John) frames the movie as an autobiographical confession. A decked-out John crashed a 12-step meeting wearing a winged and horned crimson/canary yellow ensemble that Bob Mackie might have designed for a satanic ritual. It’s quite an entrance, even for Captain Fantastic, and the first of many spectacular creations and recreations by costume designer Julian Day, who does a bang-up job outfitting Egerton throughout the movie.

The newcomer begins his story at age 5, giving witness to the moment only child Reginald Dwight (John’s birth name) reveals a natural aptitude for music to his fractured family. And then something surprising happens. The present-day John, feathers and all, steps into 1952 Middlesex to sing a spirited duet of “The Bitch Is Back” with his younger self (a song-belting Illesley), joined by a troupe of dancers in a production number that could have been shot on a Hollywood backlot. From there, Rocketman samples everything from “Bennie and the Jets” to “Honky Cat” to “Someone Saved My Life Tonight” in similar whimsical musical interludes without reference to the chronology of the songs, the selections chosen as commentary on a specific time or episode in John’s life and career. Sometimes it works, other times it doesn’t. But it’s a damn gutsy move on the filmmakers’ part, and that’s where this movie unmistakably departs from the mold forged by Bohemian Rhapsody.

As in the Mercury biopic, an unexpected performance by a relatively untried actor in the central role anchors Rocketman. Resembling the pop star in his early years, Egerton becomes Elton John before your very eyes, without working too hard to achieve the transformation. (Admittedly, his head was shaved to achieve John’s receding and thinning hairline.) Where Rami Malek – wearing a dental prosthetic to achieve an overbite – makes the extroverted Mercury magnetically alive in the way he drops the word “darling” at the end of every sentence and struts across the stage in that remarkable replay of Queen’s Live Aid performance, a more subdued Egerton brings the rarely glimpsed introverted side of John to the surface. He can do queen diva, but he can also reveal the broken man beneath the sequins with just a sadly resigned look in the mirror. There’s a moment early in the movie when John is composing the music for “Your Song” on the fly at the piano as he sings the unfamiliar lyrics written by Taupin, who listens in awe to the perfect melody for his words. At some point, John turns his eyes to his collaborator and you realize he’s now singing to his loyal and supportive straight friend and songwriting partner who, in some ways, is the love of his life. Egerton pulls this moment off beautifully, his tenor voice sounding both like John’s but also his own. As Malek did last year, this young actor has officially turned the corner. 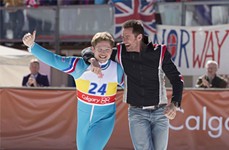