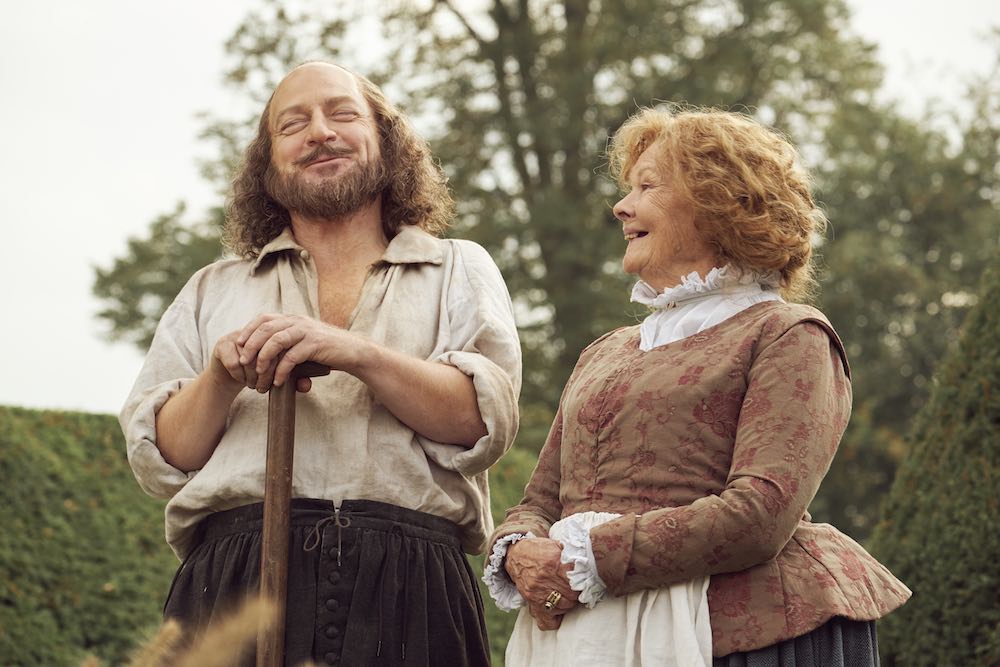 Kenneth Branagh directs and stars in this intriguing drama about the last three years of William Shakespeare’s life, the time during which the author moved back to his hometown of Stratford-upon-Avon as well as the family he left behind to pursue his success in London. This was in 1613, soon after Shakespeare’s Globe Theatre burned down when one of the prop cannons misfired during a performance of Henry VIII (which originally bore the title All Is True).

Even though this film is based on the very few facts known about Shakespeare’s life at that point, All Is True nevertheless falls into the realm of speculative biography. (In this it reminds me of last year’s release of Rupert Everett’s The Happy Prince, a speculative recounting of the last days of Oscar Wilde, which was a clear labor of love that was directed by and starred Everett. It is probably little coincidence that both The Happy Prince and All Is True share the same discerning distributor, Sony Pictures Classics.) We know that Shakespeare never wrote anything else after leaving London, but little is known of how he actually spent his time in Stratford during those three years prior to his death in 1616. Branagh (who has directed and starred in numerous Shakespeare projects throughout his career) and All Is True’s screenwriter Ben Elton (who is the creator of Upstart Crow, a British TV comedy about Shakespeare and the creation of some of his most famous plays) have certainly earned their Bard bona fides, but their depiction of their subject’s final years in this film strikes me as a bit too modern. Did Shakespeare really become obsessed with learning the truth about the untimely death of his young son Hamnet years earlier, and occupy his days creating a graveside garden? Is this a retrojected variation on the male weepie as we also observe Shakespeare coming to terms with the newfound agency of his wife and daughters?

Branagh is practically unrecognizable beneath his beard and facial prosthetics. His wife (Dench) and daughters (Wilder and Wilson) aren’t exactly thrilled to have him back home after getting along just fine without him during the last couple of decades of his infrequent visits. Dim, candlelit interiors, although adding a measure of visual authenticity, do little to spark dramatic vitality. The scandals experienced by the Shakespeare family during these three years don’t have the detrimental impact that I imagine they actually had within the town’s growingly Puritanical society. Not much is here to move or electrify an audience, the one major exception being a visit to Stratford from Shakespeare’s patron, the Earl of Southampton (McKellen). Some of the interplay between Branagh and Dench as a refamiliarizing couple is also delightful. However, apart from fleeting pleasures, All Is True is mostly a goodie bag stuffed for Shakespeare completists.