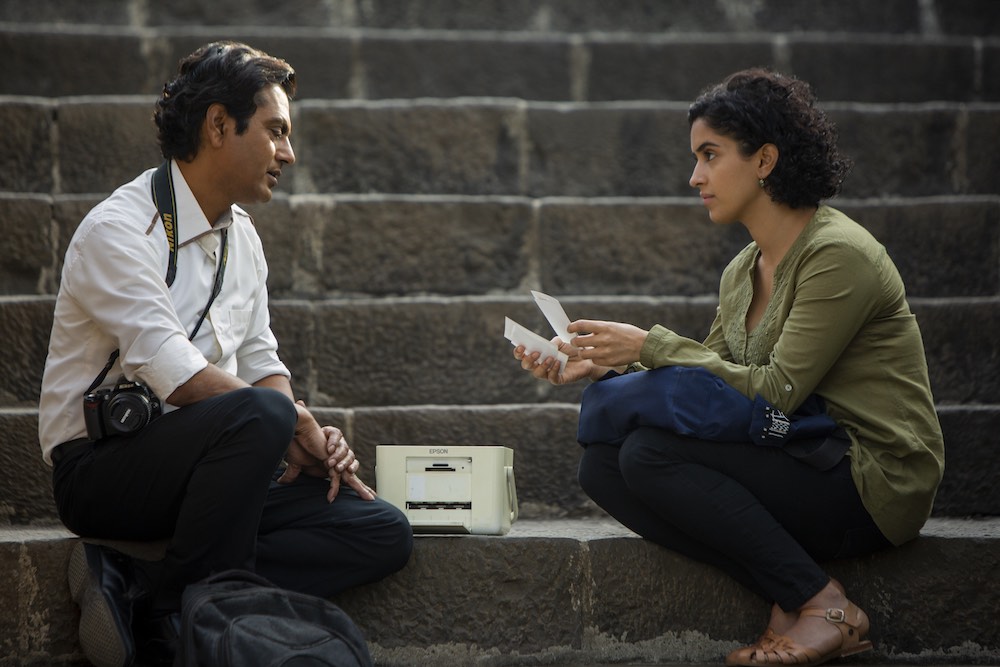 Finding someone to love, who also loves you in return, is always a miraculous event – part happenstance, part intentional, and part ineffable. In Mumbai, India, where the population tops more than 20 million people, the challenges of discovering a romantic soul mate compound. How do you find a particular individual amid the millions of strangers? Moreover, how do you pick out a soul mate from within that throng when your country has a long, esteemed tradition of family-arranged marriages?

Whole genres of Bollywood movies are devoted to the difficulties of romantic partners finding each other, both with and without the interventions of gods and family elders. Hollywood’s idea of romantic love practically requires a different kind of narrative experience – a more naturalistic, less predetermined love story, one that is of the couple’s own making and not a consequence of gods’ gambols and elders’ calculations. Photograph, which is written and directed by Ritesh Batra, whose 2013 international success The Lunchbox is an excellent example of this new kind of mysteriously unfolding yet self-determined Indian love story, continues this filmmaker’s gentle investigation of the form.

Rafi (Siddiqui) is a street photographer who makes a meager living taking instant pictures of visitors at tourist spots in Mumbai. He has come from the countryside to make money in the city to pay off his family’s debts. He lives in the slums with several male companions, as well as a ghost who committed suicide but left no note because he had no one to write to. Rafi repeats his sales pitch to anyone within earshot: “Years from now, when you look back at this photograph, you will feel this sun on your face, this breeze in your hair, and thousands of voices in your ears. It will all be gone.” These are the words that draw Miloni (Malhotra) into Rafi’s orbit, and he seals the deal when he offers to cut his price in half. Miloni is an obedient accounting student marking time until her family finds her an appropriate mate. She is a dutiful middle-class daughter who harbors dreams of moving to the countryside (a place she always questions the family’s servant about). Miloni runs off before paying Rafi, but he finds her again by chance.

Meanwhile, Rafi’s grandmother (Jaffar) is anxious to see him married. In desperation, Rafi sends her the snapshot of Miloni, and concocts a story about their upcoming nuptials. However, rather than appeasing his grandmother, the old woman travels to Mumbai to meet Rafi’s betrothed. At that point, Rafi finds Miloni again and she agrees to become a confederate in his charade. As they conspire to develop their backstory and other plans, their intimacy grows. They don’t talk much and they’re from wildly different social classes, but nevertheless something sparks. Lacking a typically vivid color palette and bright song & dance routines, Photograph is almost the antithesis of a Bollywood epic. In fact, the film’s small, quiet moments are its most alluring feature, although it’s possible the film may ultimately be too quiet for its own good.

For an interview with the writer/director, read Ritesh Batra Has a Photograph," May 22. 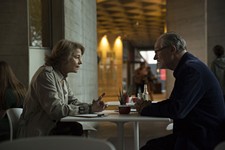 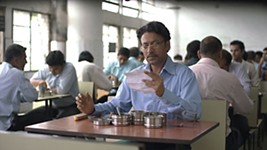 The Lunchbox
This off-Bollywood charmer is a light-hearted drama about two lonely souls who forge a friendship when they start passing written notes.