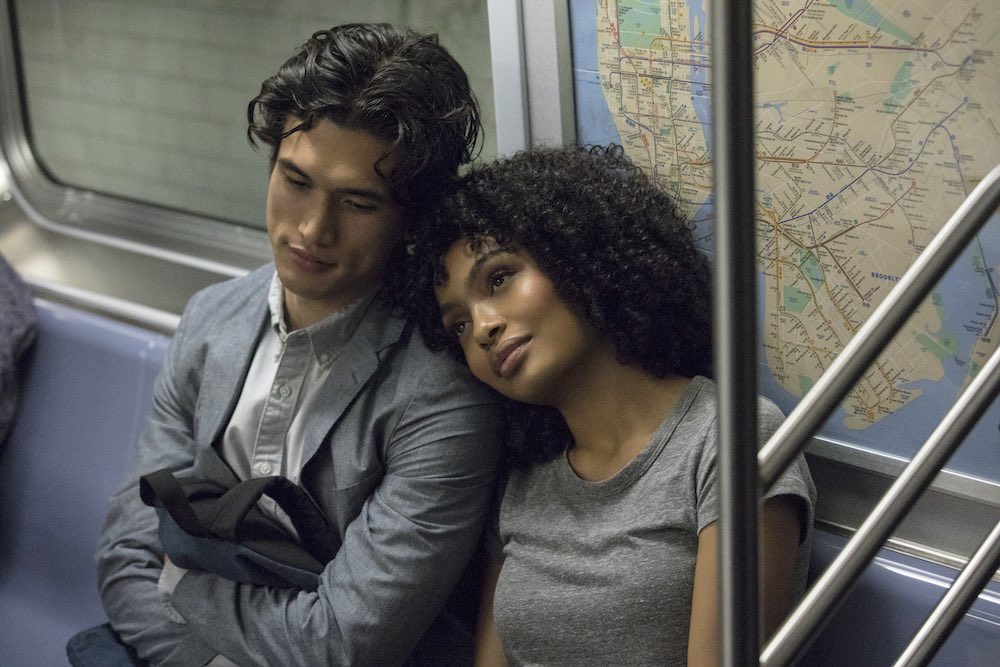 The Sun Is Also a Star

A Gen Z spin on Before Sunrise, complicated by U.S. immigration law, The Sun Is Also a Star pairs a pragmatic girl and a moony boy and gives them a day to fall in love. Only a day: After nine years living in New York on an expired visa, 17-year-old Natasha (Shahidi) and her family are being deported back to Jamaica. On her last day in America, still trying to find a legal way to stay, she crosses paths with an instantly smitten Daniel (Melton), who is en route to a college entrance interview and a future his Korean parents have already mapped out for him. It’s a fateful day for both of them, and Daniel – who would rather be a poet than a doctor – firmly believes destiny has brought them together.

There is much talk – so much talk – of destiny over the course of their daylong courtship. It’s really a matter of personal taste (and maybe age), deciding how much earnest speechifying about love is too much, and if Daniel’s intensity qualifies as terribly romantic or the kind of behavior that would set off warning bells for a savvy, New York-tough young woman. Then again, Melton’s smolder is so effective, you can imagine the curtains catching fire and not even noticing. He and Shahidi – both TV stars (on Riverdale and Grown-ish, respectively), both stunningly good-looking – convincingly act out the body language of two people on a first date, barreling their way toward first love.

In adapting Nicola Yoon’s YA novel, a 2016 National Book Award finalist, screenwriter Tracy Oliver (Girls Trip) sensitively articulates Yoon’s different angles on the immigrant experience, further updated to reflect the Trump administration’s draconian policy. Oliver is less successful at translating the novel’s seeming-digressions – into astronomy, the inner lives of background players, the histories of how their parents met and wooed – that subtly reinforced the book’s defining ideas of openness and interconnectivity (which are just a hop, skip, and a jump away from destiny). Oliver and director Ry Russo-Young (Before I Fall) cherry-pick a few of these digressions and give them an artful, collage-like treatment; they don’t go far enough to mask the skimpiness of the story, which has been whittled down to Natasha and Daniel almost exclusively. Eventually the young lovers get around to making out – like, a lot – which is perfectly nice to watch, but only adds to the feeling that this sweet, slack movie has run out of interesting things to say. 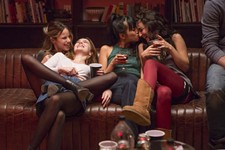 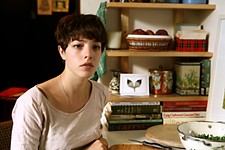