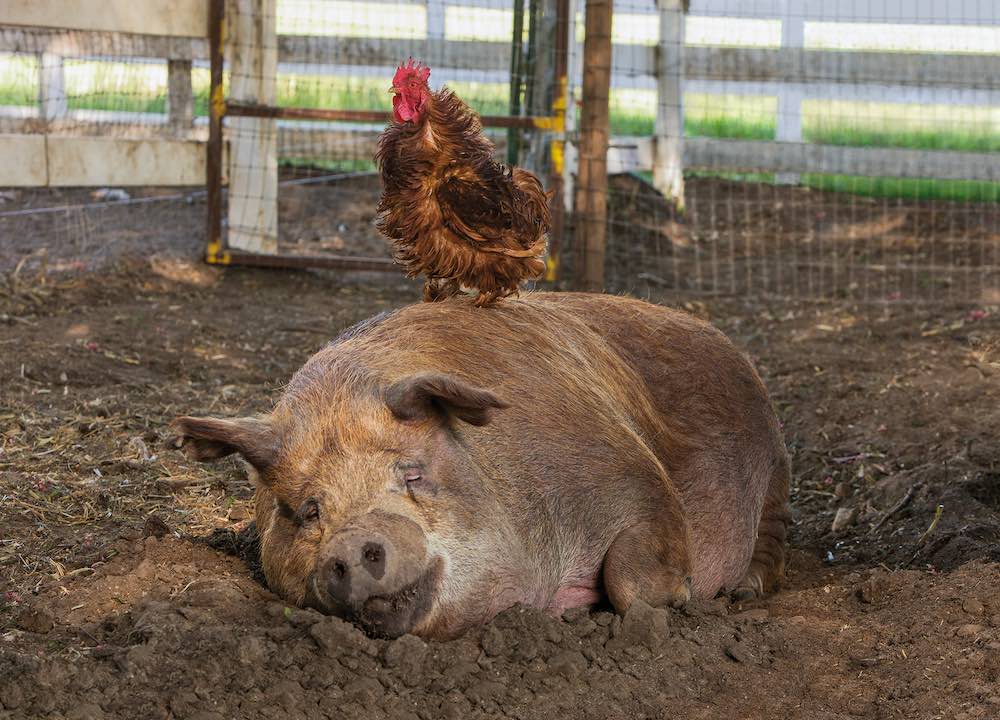 There are a lot of things that could go wrong with the simple premise of “first-time farmer makes a movie about becoming a farmer.” But John Chester and his wife Molly aren’t just starting a farm, they’re attempting a bold experiment in biodiversity, in a quietly revolutionary return to old ways of working the land. Also, John is an Emmy Award-winning wildlife documentarian, which means this thing looks stupendous – extreme close-ups of flora and fauna, time-lapse photography of changing skies and soil alike, aerial shots that illustrate the scope and geometric beauty of 200 acres of thoughtfully plotted farmland – and also shows off John’s sure hand at shaping a satisfying arc out his story.

Maybe too sure a hand? Given John’s role as both director and subject of The Biggest Little Farm, there’s little here that doesn’t feel intentional. After all, he’s making a conscious decision every time he appears on camera, and how it plays in the edit; add to that his ongoing narration, and a feeling of stagedness – nothing fake, just deliberate – is hard to shake.

Left wanting when it came to logistical questions – about how The Biggest Little Farm was filmed, and how Apricot Lane Farms functions as a business – I found it more useful to think of the film as a personal essay, and as that found it quite moving. John unsparingly details the pestilence, predators, drought, and circle of life losses that challenge the Chesters as they move further and further away from the storybook vision they had for their farm. (That original dream farm is imagined in a whimsical animation that was too corny for my tastes.) Offsetting all the calamities are some fascinating lessons in problem solving, in turning negatives into positives; there’s a reason the film is being used as an educational tool for students. If the film’s conclusion reads a touch too much like a sales pitch, I didn’t mind; the Chesters’ thoughtful approach to living in harmony with nature is one we should all buy into.