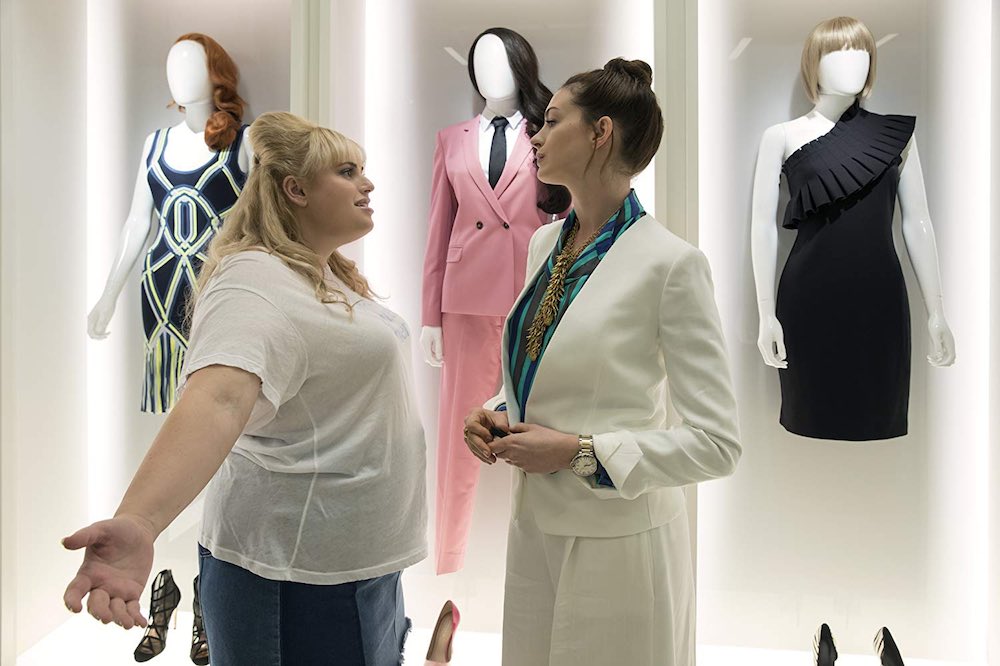 How closely does The Hustle hew to its predecessor, the 1988 Frank Oz-directed Dirty Rotten Scoundrels? Closely enough that the latter's three screenwriters are given both a story and a screenplay credit in the new film. Fans of classic heist comedies may be inspired to seek this one out, but that's an urge you may want to resist. There's a lot to like about the film's two stars, but The Hustle doesn't have much to say worth hearing.

Penny (Wilson) is a small-time hustler who, after being chased from every bar in New York City, decides to take a vacation in the French countryside. There she meets Josephine (Hathaway), a practiced con artist with a bankroll that makes Penny's meager savings look like chump change. Jockeying for the opportunity to rob the rich men of Josephine's village blind, the two women strike a deal: Whoever swindles a vacationing tech magnate first gets to stay; the other will depart the French villa they share forever.

For years, Hathaway has been the subject of ill-defined criticisms centered around her likability. Her main problem, or so the prevailing wisdom goes, is that she tries too hard; she's the adult version of that theatre kid we all knew in high school and never quite warmed to. This criticism is sexist nonsense, of course, but between The Hustle, Colossal, and Ocean's 8, it can't be a coincidence that her best work in years is also her least restrained. Nothing could be more attention-grabbing than her performance here, where the American actor spends the entire film bouncing between European accents and practicing the most precise forms of elocution. The results are goddamn delightful. Hathaway is charming and funny and hotheaded all at once, allowing her to be the perfect foil for Wilson's brand of profane comedy.

In fact, nobody should blame the film's middling appeal on its two stars. With talents like them –  and a script that draws inspiration from the antics of Michael Caine and Steve Martin (and before them David Niven and Marlon Brando in 1964's Bedtime Story, the root source of the con) – there should be plenty of room for acidic dialogue and visual gags. Instead, most of the jokes feel improvised. Wilson scores on volume alone, of course, but with so much of the humor feeling Apatow-lite, the film lacks a fresh coat of paint to make up for its conventional plot devices. It's only when the movie abandons formlessness for absurd set-pieces  –  such as Josephine's Silence of the Lambs-esque con –  that the laughs flow free and easy.

The moments that work best are also the ones where Hathaway and Wilson's characters work off, not against, their counterpart. The Hustle wants to say something about the inherent sexism of the rich – and why women like Josephine and Penny, despite their wildly different backgrounds, are positioned to take advantage of those egos – but it never manages to overcome its weak jokes and tired plot points. Here's hoping that Hathaway eventually finds a filmmaker who leans into her instinct for the grandiose. 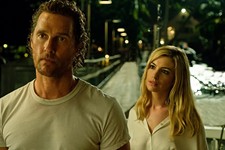