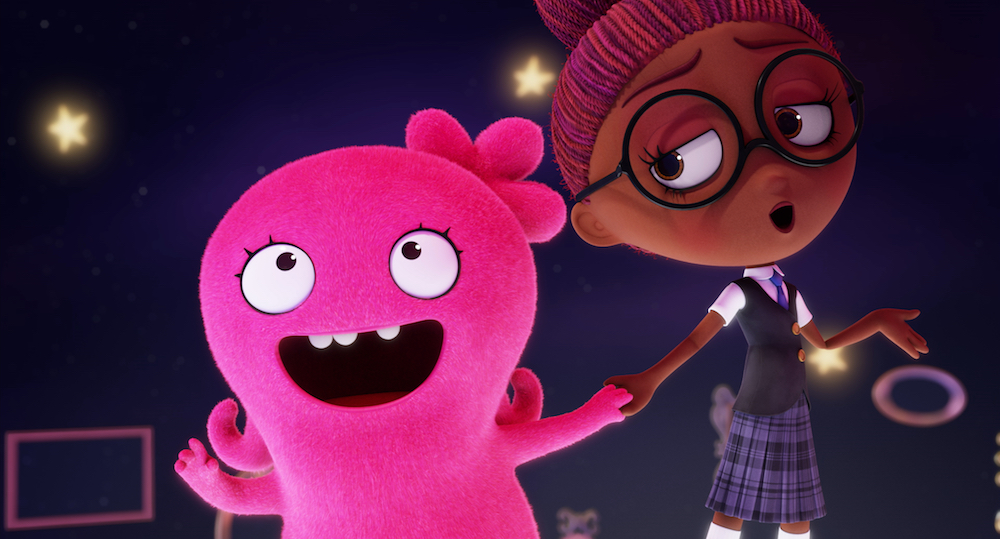 If you’ve seen the trailer for candy-coated animated kids' film UglyDolls and felt a twinge of recognition, it's probably because you were in college a decade ago. The original felt-covered toy line was an underground smash in the early 2000s: Originally created by David Horvath and Sun-Min Kim as a cute little story between them after grad school, the off-shape and lumpen little critters became ubiquitous in comic stores and dorms. So it seems inevitable that it becomes a kiddie-friendly animated song-and-dance feature now those students are starting to become parents.

And this is undoubtedly aimed at those youngest of kids, who are probably barely past chewing on their parents’ threadbare Fea Bea. The story, written by Robert Rodriguez, is removed from the original version of the Uglyverse, where the Uglydolls were all well-meaning, if burdened with some very grownup neuroses. OG fans may be a little surprised that kleptomaniac Ox is now mayor of Uglyville, the home to all the Uglydolls. That’s ugly as in cute, since these ever-friendly monochromatic misshapes all have their differences and strangenesses, but that’s what makes them so adorable and special. That’s still not quite enough for the adorable Moxy (Clarkson), who believes that it’s every toy’s destiny to finally find a kid to make happy. It turns out that her dream may be based in reality, and that the path to some winsome waif’s toy box lies on the other side of a portal in the Institute of Perfection. That’s where all the beautiful toys are, under the benevolent dictatorship of Lou (Jonas). With her big heart and assorted friends (Iglesias voicing lumbering Babo, Wang as the nervous Lucky Bat, Pitbull as the self-assured Uglydog and Sykes as Wage, the original Uglydoll created by Horvath and Kim), she’s sure she’ll get to her new home. However, her newfound friend Mandy (Monáe) knows from bitter experience that not everything in Perfection is really that perfect.

For a protracted toy commercial, UglyDolls is surprisingly charming, not least because it is that rarest of films that is genuinely aimed at small children. Of course, there are the moral qualms about disguising a merchandising reel as a movie; but since just about every film has some kind of merchandising tie-in (The Passion of the Christ crucifixion nail pendants were a real thing), and the “we’re just creating mini-consumers” horse bolted somewhere around the first G.I. Joe cartoon, that sin belongs to a wider conversation. Instead, with its by-the-numbers archetypes and pleasant enough story of learning to be yourself, UglyDolls is likely to be a candy-colored crowd-pleaser for the littlest of littles. There were literal outbursts of tiny hands clapping during the preview screening I attended, and there’s no way to argue with that critical approval from the intended audience.

Yet that same crowd lulled a little outside of the songs, and especially when the action moved from the cardboard and twine joys of Uglyville to the charmless plasticity of Perfection. It’s not surprising, since that’s when this felt most generic – a Gobot to Toy Story’s Transformers – and the script underwent a lot of sweetening after animation finished, with plenty of one-liners and exposition yelled in from just off-camera, almost all of it either unnecessary or just plain flat. If this is setting up the seemingly inevitable TV cartoon spin-off, just leave the Uglydolls at home, where they are most fun and engaging. 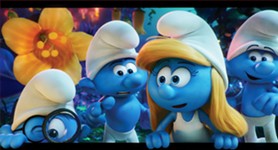 Smurfs: The Lost Village
The little blue critters are back 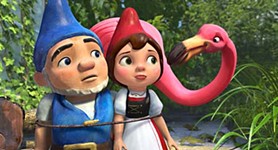