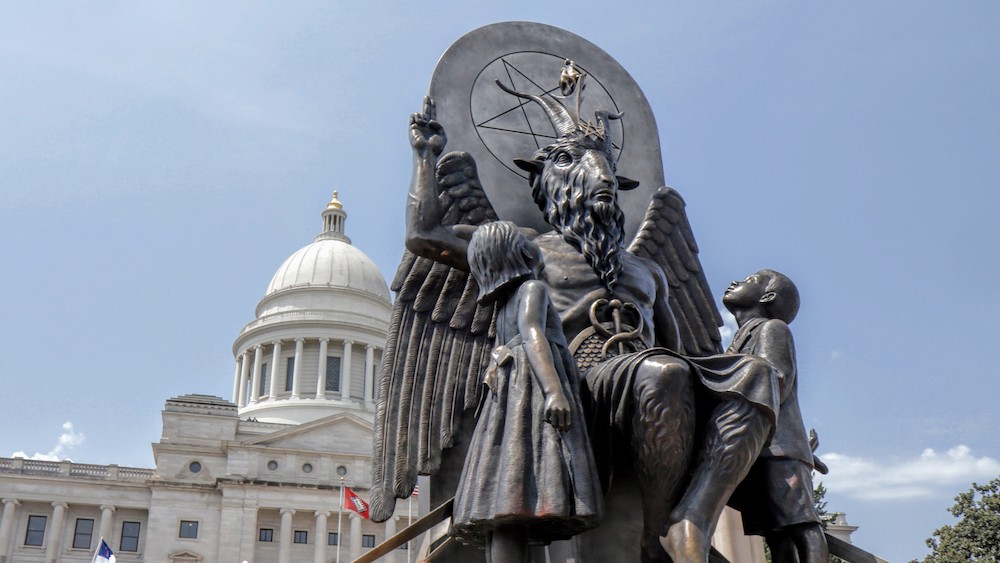 “Congress shall make no law respecting an establishment of religion, or prohibiting the free exercise thereof.”

Opposition to the notion of theocracy is not merely inherent in American politics: It was item one in the writing of the U.S. Constitution. So while the accommodationists and the separationists may still argue the exact line between church and state, there has to be a line. The overwhelming context of Hail Satan? is that evangelicals are trying to overturn that underlying conviction and turn America into their vision of a Christian state. Since most American politicians have either been too pusillanimous to push back or too ready to side with those fake forces of God, leave it to the Satanists to save the day.

In this case, it’s the Satanic Temple (not to be confused with the Church of Satan – it’s kind of a “Catholic versus Orthodox” deal), who stepped up to counter a very concrete attempt by Christian fundamentalists to turn statehouses into pseudo-churches. Earlier this decade, lawmakers in Arkansas and Oklahoma wanted to put massive statues of the Ten Commandments on Capitol grounds. Not so fast, said the Satanists: If you want to put up a big Christian symbol on these very public grounds, then you have to allow us to install our 8-foot-tall bronze statue of the goat-headed figure of Baphomet, seated on a throne inscribed with a pentagram and surrounded by children. You can have your religion, they argued, but you can’t play favorites.

If this sounds like naked confrontationalism, then yes and no. Documentarian Penny Lane (Nuts!, Our Nixon) takes a pleasantly breezy and often hilarious look at the temple’s work and particularly their philosophy – not comedy devil worshippers, but quirky outsiders who have a much clearer view of what the Founding Fathers (and, as it turns out, the authors of Article II, Section 5 of the Oklahoma Constitution) had in mind when they laid the ground rules about how the U.S. should operate. They have more in common with those traditions than does evangelical revisionism, grounded as it is in Red Scare tactics and (no kidding) promotional materials for a Cecil B. DeMille blockbuster.

At the same time, Lane explores the history of the group: how it deliberately mimics the trappings and structures of traditional churches, as well as all the most worthy social good deeds, while remaining resolutely areligious and deeply humanist. At the same time, she does dodge some of the more inconvenient complexities of the organization. For example, the schism between the temple leadership and Detroit chapter director Jex Blackmore. The film tacks closer to the temple’s version of events, which blames Blackmore for turning their well-behaved style of sly political engagement into dangerous provocation, rather than her take, which portrays Temple leadership as failing to live up to their claimed values.

But what Hail Satan? really achieves is to show this new brand of Satanism as part of the same tradition as the Dadaists and the Church of the SubGenius, fighting for actual liberty and debunking falsehoods. As one activist so adroitly explains, the devil’s work is never done.

Oops: An earlier version of this review incorrectly connected Jex Blackmore's departure to the Temple's using the services of First Amendment attorney Marc Randazza, who had previously represented far-right groups. Randazza was hired after her departure. However, Blackmore called the group's connection to Randazza indicative of deeper issues, and wrote that, during her time there, "TST leadership was unwilling or unable to address its capacity issues and tackle head on its lack of inclusion and equitability." 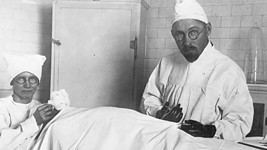