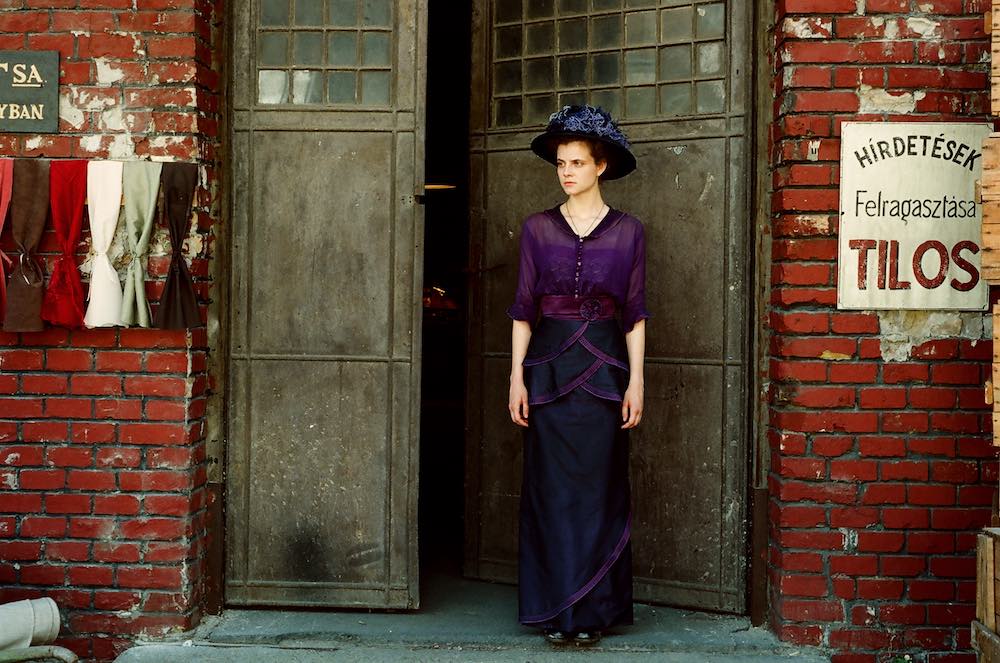 László Nemes’ debut as a film director, Son of Saul, is the harrowingly subjective story of a Jewish captive on a mission in a Nazi concentration camp. It was awarded the Academy’s 2016 Oscar for Best Foreign Language feature, a rare distinction for a first-timer. Nemes will not be as fortunate with his follow-up Sunset, although he employs the same narrative techniques of subjective camerawork and long takes that helped make Son of Saul such a standout. Despite their similar approaches to storytelling, the two films exist in quite different emotional milieus. Whereas the techniques heightened the intensity of Son of Saul to an almost unbearable degree as we witness the protagonist scurrying throughout the death factory against time and inexorability, in Sunset those same techniques become distractions. Stripped of life-and-death consequences, Sunset never convinces us that its protagonist can sustain such unrelenting scrutiny.

In the film’s opening image, Irisz Leiter (Jakab), a beautiful young woman with piercing eyes, is trying on hats in a millinery shop in 1913 Budapest. Although she might be mistaken for one of the ladies of means who frequent the shop, it turns out that she is, instead, applying for a job as a hat maker. Furthermore, it’s revealed to her potential employers that she is the orphaned daughter of the original owners of the store, a couple who died in a fire when Irisz was 2 years old. Thereafter, Irisz was raised in an orphanage until she was apprenticed out to a milliner in Trieste, although a shroud of mystery still surrounds her parents’ deaths. The shop’s new owner Oszkár Brill (Ivanov) has done well by the business, but he and the store’s employees all advise her to leave this place.

That’s a common refrain through Sunset. Irisz keeps venturing into places where people suggest that she leave for own sake. Soon she learns she has a brother she never knew existed and that he’s involved in some of the city’s most nefarious gangland affairs. She also begins work at the store which still bears her family’s name, and conducts a search (in a dirty area of the city beyond the end of the tram line) for her sibling. Nemes’ camera follows her constantly from behind. Her image remains in the foreground of the frame; everything in mid-to-background distance is blurred. Staring at the nape of her neck so regularly, the viewer might be tempted on occasion to reach out and straighten the back of her collar, so close does the character seem. The problem, however, is that her predicament, her journey of self-discovery, never seems that close at all.

Ultimately, Sunset boils down to a story about a young woman searching for her roots. The setting of Budapest on the edge of World War I’s outbreak is underplayed and the film is mostly unrevealing in regard to the political situation. Nemes’ subjective camera and long takes ironically make the film seem longer and lacking in any narrative substance to equal the filmmaker’s fastidious technical skills. Sunset hopefully gives rise to a new dawn for Nemes.