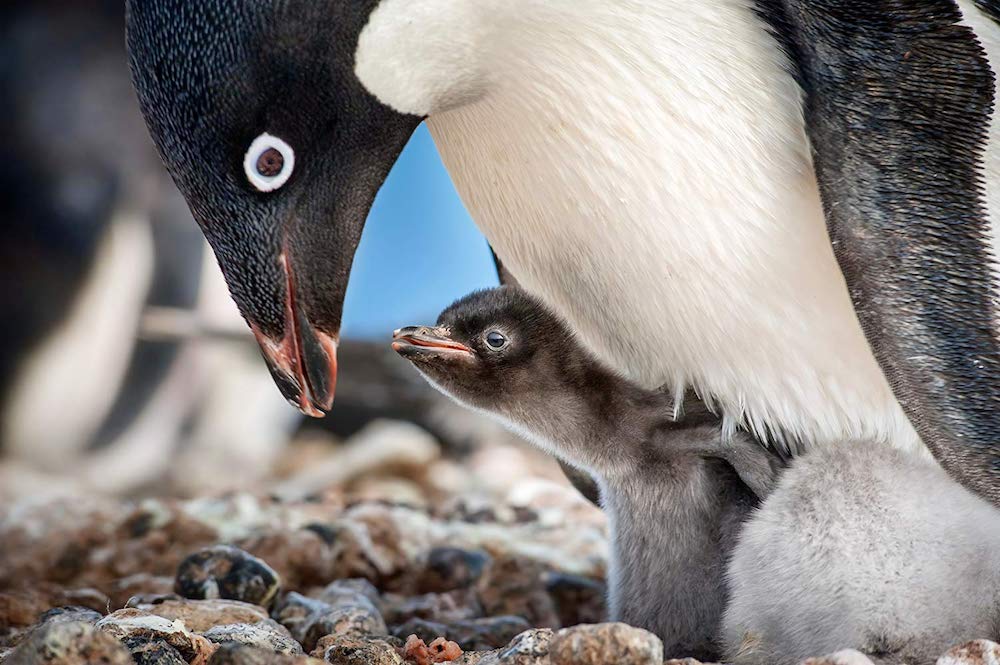 Meet Steve. He’s just about 5 years old and 2 feet high, but he’s all ready to find a mate and start a family. Steve happens to be an Adélie penguin from the Antarctic and he’s the lucky bird selected out of the gazillions in his colony to be the star of Disneynature’s Penguins, this year’s entry in the company’s annual theatrical release of a spectacular nature doc in conjunction with Earth Day. (Co-director Alastair Fothergill is a veteran of the majority of these projects.)

The film’s stunning footage captures the flightless birds’ yearly trek to their coastline mating grounds where the males arrive and build the nests before the females show up to claim their partners (these penguins are generally monogamous), lay their eggs, and hatch and raise the chicks with a more or less equal division of labor between the parents. The camera crew outdoes itself in its dedication to capturing the film’s amazing images, especially in light of doing so in below-freezing temperatures, katabatic winds, and sometimes underwater. This time out however, the Disneynature folks have complemented their flawless footage with a script (narrated by Ed Helms) that is more anthropomorphized than usual.

Proof of concept for the idea of penguins as movie stars has already been demonstrated with the films March of the Penguins and the Happy Feet animation series. As with those films, Penguins is designed as a family outing, and children were probably foremost in mind when composing the narrative so that it wouldn’t become a dry and purely factual nature doc. “They are just like us,” we are told at the beginning, and we’re likely to accept that hook as fact when we watch the easily distractible Steve tagging behind, waddling and sliding across the snow and ice in an attempt to catch up with his male compadres making the 100-mile trek to their nesting grounds. Ed Helms, who manifests the spirit of an average schlub in The Office and the Hangover pictures, is a perfect choice to give voice to Steve, our little penguin that could. And we’re sure to identify with amazing sequences such as the one in which we observe Steve’s nesting neighbor stealing stones from his nest every time Steve’s back is turned. “Aargh!” we frustratedly mutter in sympathy with Steve, who is performing all these innate mating rituals for the first time.

Although Penguins’ charm is undeniable, the 76-minute film still might have made a greater attempt to reveal how these animals’ natural instincts function and how their frozen habitat shows obvious signs of climate change which will cause inevitable adaptations to the natural processes currently under observation. To their credit, the filmmakers do not eliminate the predatory threats faced by the penguins from other animals such as whales and leopard seals, so anyone bringing their youngest to the film should be aware that it contains moments of genuine, but not prolonged, danger and tension. On the other hand, eggs one day appear in the nest without any details of the penguin reproductive process being shown or explained. Several Eighties power ballads provide humorous notes at critical narrative junctures. Steve and his new spouse Adeline perform the penguin equivalent of falling in love to the sound of REO Speedwagon’s “Can’t Fight This Feeling.” Other tunes are used throughout in a similarly wry fashion.

Stick around through the closing credits if you want to see footage of the camera crew at work during the more-than-three-year-long shoot that reveal how their amazing shots were obtained. Despite issues with the Penguins narrative, its cinematography is unsurpassed. 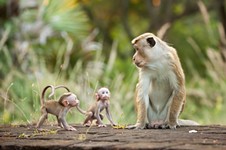 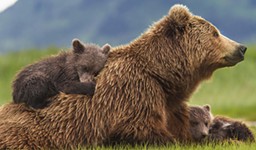