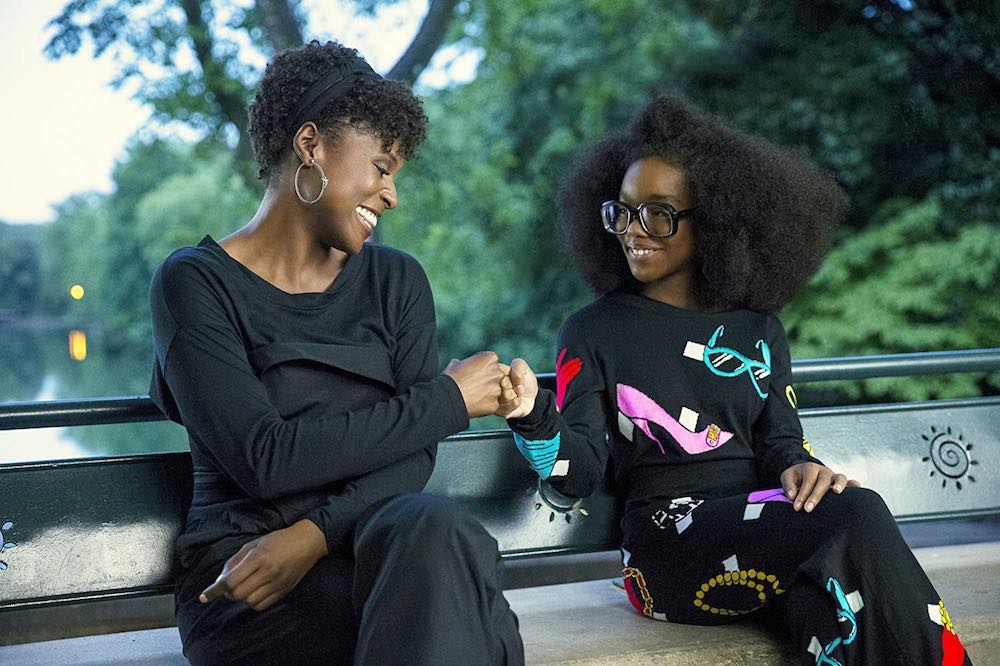 Whenever I was casually mentioning to people that I was going to see this movie, Little, no one seemed to be able to place it, so I summed it up superficially: “Well, it’s like the inverse of 13 Going on 30 or (if they were of the Gen X persuasion) Tom Hanks in Big” – which, if I had to guess, is precisely where the title was pulled from. And that description is not far off the mark; the main difference here is that there’s a little less wishing going on (unless you’re among those wishing this was a better movie).

Jordan Sanders (Hall) is a high-powered, wealthy, bossy, sharp-tongued, fashionable woman in charge of her own tech company. She’s also pretty much heinous to everyone around her, including personal assistant April Williams (Rae, bringing her usual doe-eyed charm). After verbally abusing a little girl (Taylor) for performing magic tricks in her office, the youngster casts a spell (curse?) on Jordan, causing her to wake up in the body of her dorky, middle school self (Martin). Suddenly, the bullying executive is forced to relinquish some of her control over her business – entrusting it to April by degrees – and go back to her worst nightmare of a school and, in turn, face the bullies (or their Snapchatting proxies) who turned her so cold in the first place. The rest of the story culminates in this moral tale of how you should always be yourself, or nice(?) – both! – and doesn’t feel terribly original (writer/director Tina Gordon had a hand in creating another recent reboot, What Men Want, so maybe that explains a few things).

I had high hopes for the material when, in an early scene, angel investor Connor (Day) regales grown Jordan with the story of his “struggle,” aka his raising millions of dollars from wealthy family members to start his first business. It appeared as though the writers were going to sink their teeth into white male privilege and tear it to shreds; instead, they dropped it in search of weaker prey. And it’s tough to say what that is exactly. Of course, there are certain complications that arise when you transfer the soul of a 38-year-old woman to a young girl’s body, and in this movie those complications repeatedly sexualize an adolescent – combine that with a questionable joke at the expense of the trans community, and I’d say the quality of the humor is certainly spotty in places.

Despite the star power pushing this thing along, the plot is seemingly held together with duct tape, but the more problematic aspects involve sloppy editing. There’s a musical number that in and of itself is pretty weird (Rae and Martin break out into song during a fancy lunch, using a breadstick as a microphone), but there’s absolutely no lead-in at all. It cuts so fast it seems like there’s a scene missing. Maybe I’m just too grown to appreciate that type of magic. And if that’s the case, well, now I’m just sad. 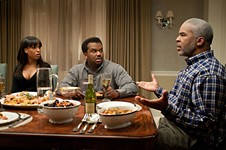