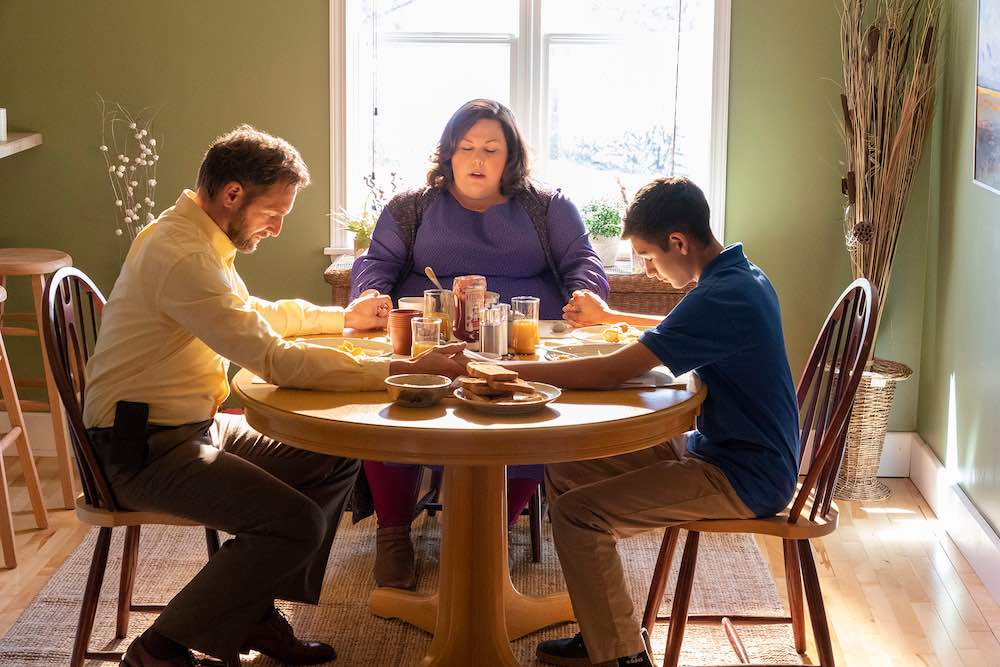 The townspeople in the St. Louis suburb of this religiously themed drama say grace at every meal, read the Bible in their spare time, and attend church every Sunday. They send their children (mostly Caucasian) to a private Christian middle school, and cheer on their kids at basketball and other extracurricular sports games. This is the Middle America that Breakthrough aims to please, a community that embraces an unwavering belief in the power of prayer and God’s ability to perform miracles. For those viewers, the movie is an affirmation of their faith, a true-story tale of a modern-day Lazarus raised from the dead after divine intervention.

It happened on a wintry MLK Day morning in 2015. A typical 14-year-old male with the nondescript name of John Smith (Ruiz) and a couple of his best friends are horsing around on the precarious surface of a frozen lake, despite warnings from a nearby adult. In a matter of seconds, the ice shatters and they fall into the subzero waters. The two buddies are pulled to safety by a team of first responders, but John lies submerged underwater for 15 minutes before a firefighter retrieves his seemingly lifeless body from the murky depths, guided by a mysterious voice only he hears. After untiring efforts by an emergency room staff to resuscitate the teenager’s heartbeat prove futile – at this point, his heart hasn’t pumped blood for almost an hour – his shell-shocked mother (Metz) stands over her son and begs God to revive him with the ferocity of a mama bear wailing over the corpse of her lifeless cub. And then – a pulse.

Even if you already know what’s coming, John’s plunge into Lake Sainte Louise and the retrieval of his body is still bone-chilling. That merciless crack of breaking ice! The sentimentalized scene that follows, in which the hospital’s doctors and nurses vainly attempt to revive someone whom a few of them know, is also tautly shot and spliced by director Dawson and editor Maysie Hoy. This relatively secular stretch of the movie hits the story’s high emotions without proselytizing. But the overarching viewpoint of Breakthrough is relentlessly nonsecular, preaching to the choir at almost every turn. For a movie focusing so intently on personal faith, it doesn’t much trust your independent capacity to find religious, spiritual, or other meaning in what is truly an amazing story. Even the atheists and agnostics here eventually come around to bear witness. In Breakthrough, there’s never any room for doubt.