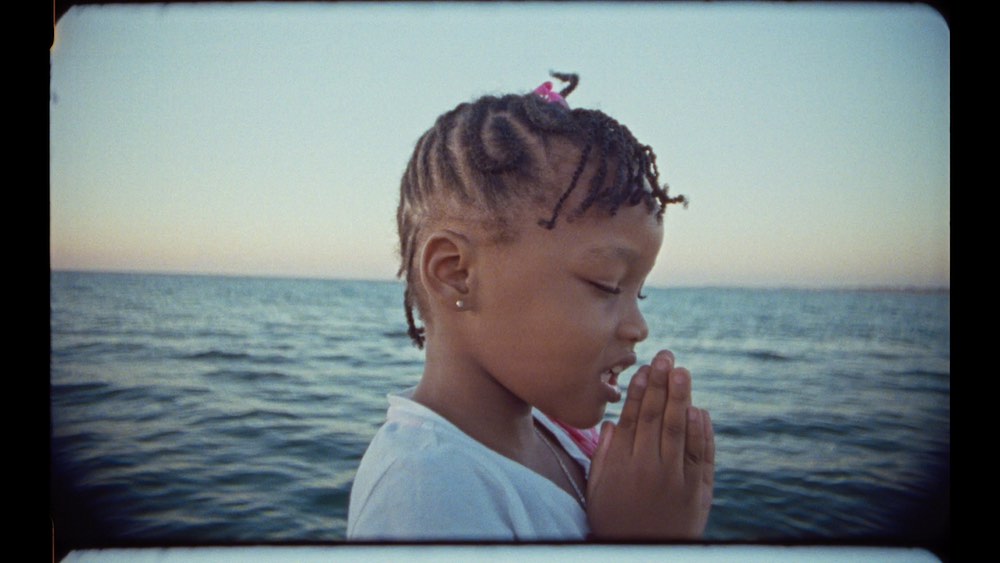 A documentary like few others, director, writer, and editor Allah (2015’s Field Niggas and the cinematographer behind Beyoncé’s Lemonade) turns his gaze on Jamaica, and the result is an assiduously immersive, ultimately joyful explosion of experimental filmmaking. Altogether spellbinding and intermittently jarring, Black Mother raises as many questions in the viewer as it answers but is never less than a striking portrait of the clash-and-clatter modern life in this corner of the British commonwealth.

The title of this intimately epic mosaic explicitly refers to the shade of not only humanity’s ultimate matriarch but also to that of a young pregnant woman who appears at various points throughout. There’s no cinematic narrative to speak of, although the film touches on subjects diverse as religion, death and rebirth, the slave trade, indigenous music, and everyday life both rural and urban, from the red-light slums of Kingston to sculptor Kay Sullivan’s famed National Heroes Monument in Montego Bay.

Allah eschews any traditional documentary format and instead has crafted a mystical mash-up of rapid-fire imagery edited not for coherence but for contemplation. Shot on formats ranging from Super 8 and 16mm to HD – Black Mother is a hallucinatory panoply of unforgettable faces, lovely or lurid, lachrymose or laughing – and ramshackle places that insistently summon to mind Desmond Dekker & the Aces' rocksteady classic “007 (Shanty Town..” Allah also constructed the film’s sound design, itself a mesmerizing mélange of disjointed street clamorings, the hustle and flow of desynched and patois-heavy voices, and brief moments imbued with the transcendental cacophony of Jamaica’s impossibly verdant countryside. Like the culturally complex and often overwhelming island nation itself, Black Mother is a haunting and singular experience unlike any other.