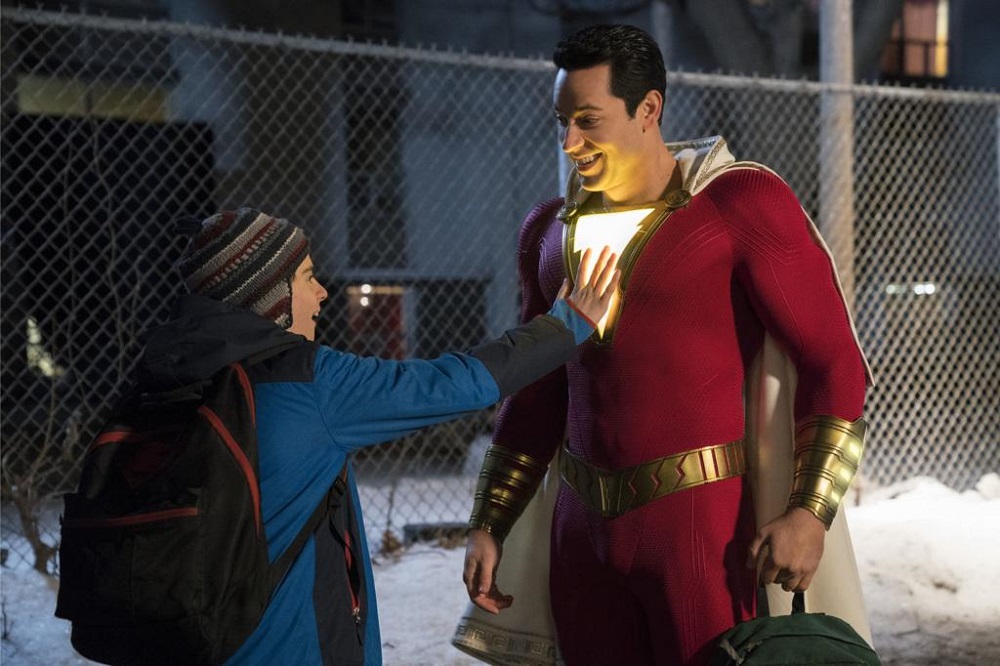 Proof that the universe has a sense of humor: A week after Zack Snyder made waves by suggesting that his vision of a Batman who shoots people is the most mature take on the character, we are now being treated to Shazam!, a movie explicitly built around our childhood fascination with superheroes. One wonders how the franchise producers manage to make sense of it all.

Ever since he got separated from his mom, Billy Batson (Angel) has spent his childhood running away from one foster home after another. His latest home seems particularly frustrating; he is awkwardly pulled into a large and overly friendly family and immediately becomes the focus of Freddy (Grazer), the antisocial and superhero-obsessed middle child. But when Billy is suddenly gifted with unbelievable powers and can transform into the superhero Shazam (Levi, in a muscle suit)  –  inadvertently becoming the target of would-be supervillain Thaddeus Sivana (Strong) in the process  – he must lean on his new family’s support to save the world. Or at least downtown Philadelphia.

Shazam! is the latest in a series of course corrections for the unwieldy DC cinematic universe, and as such, filmmaker David F. Sandberg (the underwhelming 2016 horror film Lights Out) is given a fair amount of latitude to try some strange and not-altogether-unwelcome things. This is how you get a movie that introduces half its cast via a prolonged Home Alone-esque dinner sequence, but one where an entire boardroom is eaten by raging sin-demons. Surprisingly, this blend of Eighties family comedy and costumed horror holds together for the most part, even at the film’s bloated run time.

What causes the movie to wobble a bit is the performances. Early on, it becomes pretty clear that Angel and Levi are not exactly aligned in their performances. Angel’s Billy acts and feels older than Levi’s version of the character, a decision likely coming from a thoughtful place  –  that superheroes offer kids of any age a chance at carefree wish fulfillment  –  but one that the two actors never seem to internalize. Levi leans so hard into the physical comedy of Shazam that you sometimes forget the main character is one soul across two bodies. Perhaps this is another reason why Penny Marshall’s Big, a frequent touch point for this movie, works better as a comedy: You are not asked to compare performances between scenes.

As with most superhero movies, Shazam! is also as much a harbinger of sequels to come as it is a stand-alone film. This, surprisingly, is where Sandberg’s film shows the most promise. There’s a moment in the final act  –  wedged within the soupy fight scenes that are the closest thing Warner Bros. has to a house style  – where the adult Billy stops to comfort a young girl terrified by the chaos. “Close your eyes,” he says with a smile. “Everything is going to be OK.” In that moment, Shazam! understands that heroes are formed as much in the small moments as they are in the grand gestures. We’ve come a long way from a murderous Superman. 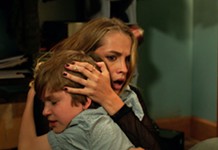 Lights Out
Prepare for an onslaught of jump scares