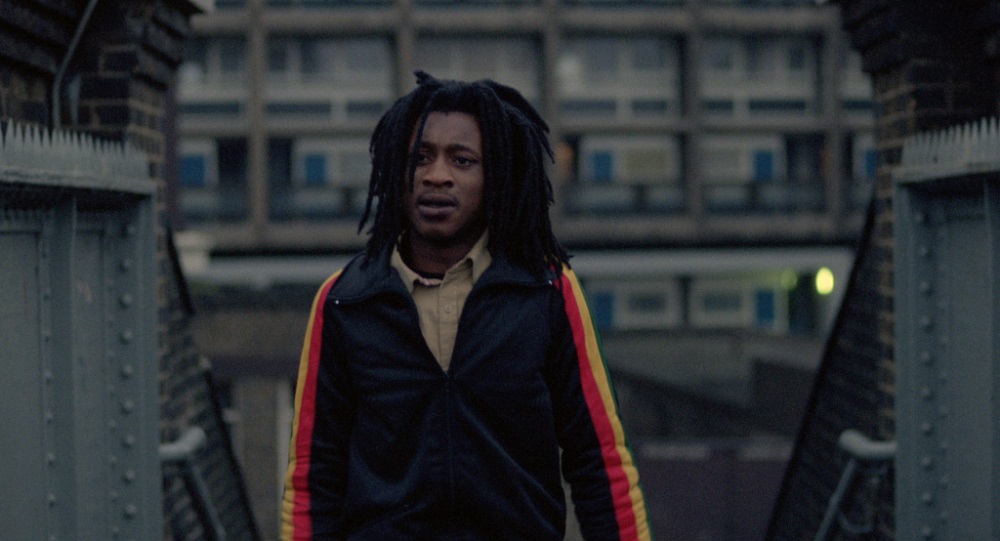 "This is my fucking country, lady, and it's never been fucking lovely. It's always been a fucking tip, for as long as I can remember," Beefy (Laird) screams at the racist old lady who just told him and his friends to turn the music down. To be fair, they were being annoying, in the way that extended adolescence can make a twentysomething man with no hope. But then again, this is London in 1980, a year out of the seemingly endless recession of the 1970s, and a year into the devastation and bigotry of Thatcher's Britain.

Beefy is one of a group of young men, most of them black, most of them first-generation British and caught between their identities as English and Jamaican. No one shows that more than Blue (actor/musician Forde), whose life is split between a day job as a mechanic and nights with his pals in a dub sound system. In a gritty, grimy London (exquisitely captured by The Killing Fields cinematographer Chris Menges), he's the dilemmas and challenges of his time and place personified.

Babylon's long-delayed release (it was denied an MPAA rating back in 1980) comes as black cinema has gained its greatest foothold yet in the mainstream. That it arrives now in the U.S., as prescient and powerful as ever, speaks to the disgusting resilience of racism. That common cause is shown most pointedly when Blue's formerly friendly boss (British comedy legend Smith, best known in the U.S. as the Albino in The Princes Bride) fires him and reveals his bigoted self in a torrent of abuse.

Yet it also shows that the British experience is different to the American experience at so many levels – not least that this restored version adds extra subtitles. At the original international release, the Jamaican patois was treated as a foreign language, and now so is much of the dialogue in English. Forde himself has talked recently about how Babylon isn't some simple cousin to Do the Right Thing (telling Vice that Spike Lee's film "was an American kind of story"), but it's a chronicle of being young, gifted, and black in London in 1980. Blue's consciousness is not raised by American-style pan-Africanism, but specifically by Jamaican-rooted Rastafarianism. At the same time, Blue is shown as rejecting the casual homophobia often endemic in dub culture, and his defense of Ronnie (Howman), the collective's sole white member, shows his constant struggle with the easy paths of hate that lie in all directions. That's where Forde holds the film together, confusion etched in his young face.

Babylon's cultural specificity is what gives it power, putting it as much in a tradition of British alienated youth movies like Brighton Rock and Quadrophenia (not coincidentally written by Babylon scriptwriter Martin Stellman). Its clear-eyed call to reject racism and hatred may be made in England, but its message is undeniably universal. 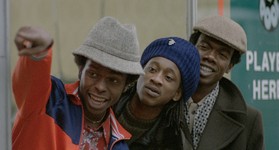