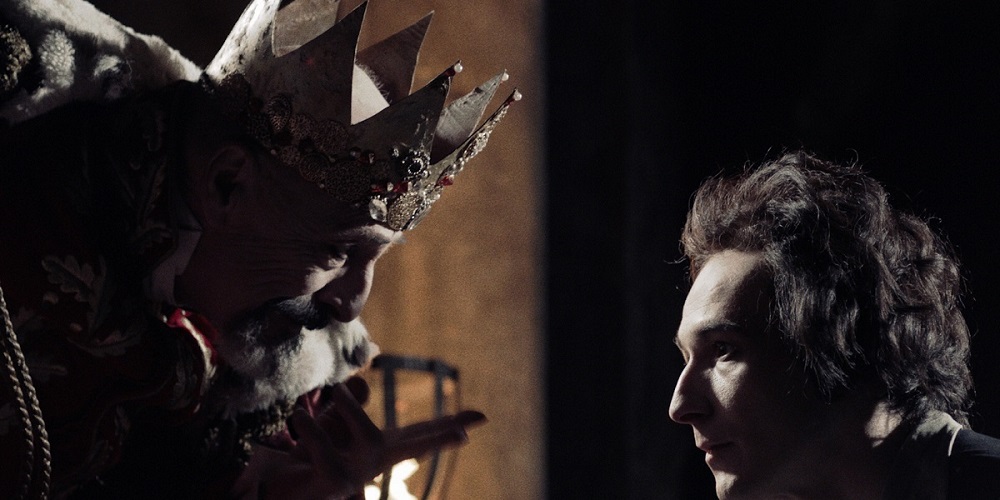 The Field Guide to Evil

Want to understand a culture? Then look at its nightmares.

That's the thinking behind The Field Guide to Evil, an anthology of horror shorts pulled from mythologies and folklores around the world. Produced by Alamo Drafthouse founder Tim League and New Zealand-based producer Ant Timpson, The Field Guide to Evil is in some ways a successor to their ABCs of Death franchise, and therefore has exactly the same charms and curses. With eight segments, most directed by Fantastic Fest alumni, and a near-two-hour run time, it's a little overpacked, and it's stylistically so diverse, with each section totally independent of the others, that it can become a long trip through the woods. At the same time, its variations are a strength, with a little something for everyone.

• In "The Sinful Women of Höllfall," co-directors Franz and Fiala head to the Austrian hills for a historic tale of a young woman balancing sexual awakening with monstrous seduction and damnation. The Goodnight Mommy duo initially frame the story as a religious horror, but its late shift to post-Angela Carter "who are the real monsters?" tropes leaves just a ghost of its promise.

• "Haunted by Al Karisi, the Childbirth Djinn" is Turkish director Evrenol dealing with a more traditional horror than either of his Lovecraft-tinged features (Baskin and Housewife). It's short, dark, unexceptional, but creepy.

• After modern mermaid musical The Lure, Smoczynska is the ideal candidate to take on "The Kindler and the Virgin," in which a Polish wood-gatherer is offered a path to wealth and power by an evil spirit. While the narrative unravels toward the end, the style – gore captured in chilly post-mortem blues – is undeniable.

• The sole American element, "The Melonheads" is a grisly urban myth by way of Jack Ketchum. Calvin Lee Reeder goes straight for the menace and the grue with this lean and efficient story of swollen-skulled cannibals in the woods.

• "Whatever Happened to Panagas the Pagan?" is based in Greek folklore, but the story by Veslemes (Norway) of villagers who use "the old ways" as an excuse for a party could take place anywhere from the Balkans to the Baltic. The poor goblin that becomes the target of their drunken revelries looks a little homemade, but this works as a morality tale.

• Spinning the globe beyond Europe and Asia Minor, "Palace of Horrors" still feels Western because the protagonists are scions of early 20th century imperialism, hunting for the deformed and afflicted of India to fill a freak show. Ahluwalia (Miss Lovely) is best known for documentaries and torn-from-the-headlines dramas, but his depiction of the particular form of oppression (wisely in black and white, both adding a period feel and glossing over the limited budget) seems just as hauntingly timely.

• Like Evrenol with the Djinn, Gebbe (Nothing Bad Can Happen) pulls a monster out of the mythological bag for German period rural supernatural tale "A Nocturnal Breath." The Drude is a particularly nasty little spirit, one that possesses the body, and even when it flits away at night (in the shape of a rotting, diseased mouse), killing it will kill the host. Visually similar to "The Sinful Women of Höllfall," it packs more of a tragic punch.

• Last, strongest, and most unique is "Cobbler's Lot," The Duke of Burgundy director Peter Strickland's retelling of the Hungarian fairy tale "The Princess' Curse," about two shoemaking brothers vying for the attention of a royal daughter. Shimmering and weird, owing deep debts to The Red Shoes-era Powell and Pressburger, and to the watercolor fever dreams of Hungarian artist Willy Pogany, it's Strickland at his most deliciously playful.

Put together, it's a lot of voices in a long package, yet with Strickland, Gebbe, Ahluwalia, and Veslemes providing the best segments, the stronger back half is just about worth sacrificing some time. Plus, if the worst effect of A Field Guide to Evil is that it encourages viewers to study up on creeps and scares of the world, that's a sacrifice worth making. 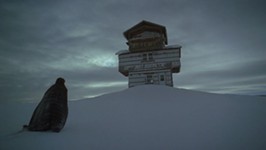 The Lodge
Icy melding of horror and religion is cool, not chilling